Please ensure Javascript is enabled for purposes of website accessibility
Log In Help Join The Motley Fool
Free Article Join Over 1 Million Premium Members And Get More In-Depth Stock Guidance and Research
By Rekha Khandelwal - Apr 6, 2021 at 10:45AM

Two of the three energy stocks that have zoomed in the past year are independent oil and gas producers. In a year, West Texas Intermediate (WTI) -- the U.S. crude oil benchmark price -- has risen around 117%, from around $28 per barrel to roughly $61 per barrel now. Obviously, oil and gas producers, whose profits are directly tied to oil prices, are the biggest beneficiaries of this rise. That explains their remarkable rise in the last year.

Though rising oil prices have boosted the stock prices of most oil and gas producers, the extraordinary rise in SM Energy and Antero Resources stocks can be attributed to some other key factors.

SM Energy's strong operational cash flows and reduced leverage level are likely the main reasons for the stock's recent outperformance. Its high-quality assets in the Austin Chalk play in South Texas helped SM Energy generate high returns on its output. A year ago, SM Energy stock was trading at around $1.30 — close to its all-time low. 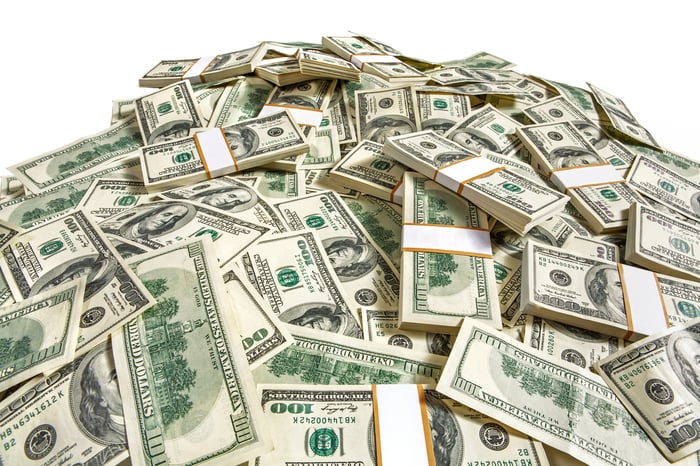 Natural gas-focused Antero Resources stock's rise is largely attributed to strengthening natural gas and natural gas liquids prices. The company has significant liquids-rich assets in the Appalachian Basin. Antero stock sold off at the beginning of 2020, falling 75% in the first three months of that year. Even prior to that, the stock was largely on a downtrend, thanks to falling gas prices. Antero stock, which got listed in 2013, is still 84% off its all-time high price in 2014.

In addition to strengthening gas prices, the stock recently got a boost due to the company's efforts toward debt reduction. In 2020, Antero reduced its debt by $800 million supported by asset sales and discounted debt repurchases. In February, Antero announced a drilling partnership with an affiliate of Quantum Energy Partners. It expects the partnership to increase its free cash flow by $400 million through 2025.

Like SM Energy, Antero stock was trading near its all-time low levels a year ago. Thus, the two stocks' high rise in percentage terms is off an extremely low basis.

The stock of renewable fuel producer Aemetis zoomed recently after the company's management unveiled major plans to grow its revenue and earnings. Aemetis stock was trading at around $0.50 per share a year ago. The company's performance in the past has been lackluster, raising doubts about its ability to meet its massive targets.

Aemetis relies heavily on a key lender that accounts for 70% of its debt. This significantly increases its risks. Moreover, in the absence of positive operational cash, Aemetis funds its remaining expenses through equity issuances. Further, just two customers account for nearly 75% of the company's revenue. The stock's fundamentals right now don't seem to support its spectacular rise.

Can these stocks continue to climb?

The performance of oil and gas producers depends on commodity prices. If prices remain supportive, SM Energy and Antero Resources look well-placed to rise further, despite their recent gains. Yet these stocks can be highly volatile and are essentially a bet on oil and gas prices. Conservative investors would be better off investing in more stable players in the energy segment.

In comparison, Aemetis' stock price, despite being in a sector that's expected to flourish in the coming years, looks disconnected from its underlying performance. Renewable energy investors can surely find better options elsewhere.