Please ensure Javascript is enabled for purposes of website accessibility
Log In Help Join The Motley Fool
Free Article Join Over 1 Million Premium Members And Get More In-Depth Stock Guidance and Research
By James Brumley - Apr 7, 2021 at 7:15AM

The next 20 years won't be as good as the past 20 have been, but that doesn't mean this e-commerce giant is going to falter.

It may be the world's biggest e-commerce player, but that's not the company's top claim to fame. Amazon (AMZN 1.15%) is also one of the world's most recognized brand names, and its stock's 161,000% gain since going public in 1997 is legendary. Moreover, the jaw-dropping gain is completely merited. Amazon changed the world by normalizing (and then setting the standard for) online shopping.

It's a tough act to follow, of course. The rest of the world's retailers are all ultimately taking aim at Amazon. And there's no denying Amazon is running out of ways to sell more consumers more stuff.

But investors worried that the leader of online shopping doesn't have a compelling second act need not worry. Amazon's got several new tricks up its sleeve. 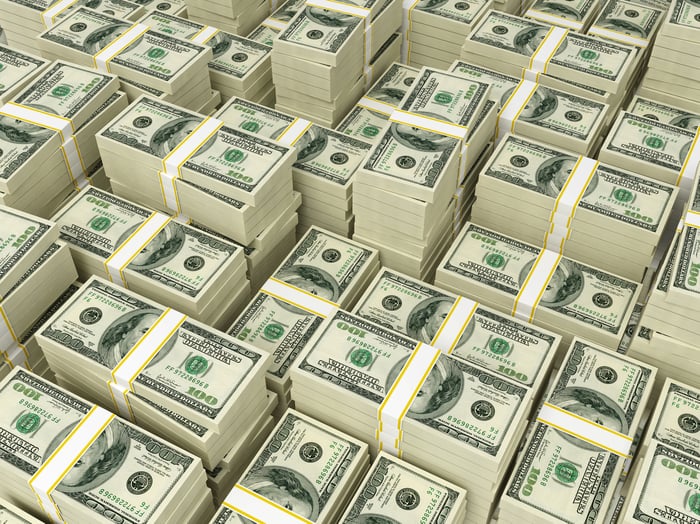 The low-hanging e-commerce fruit has all been picked to be sure, but there's still plenty of room for growth. Digital Commerce 360 estimates that only 21% of last year's retail sales in the U.S. were made online. There's another 79% worth of roughly $4 trillion in consumer-driven business up for grabs. Amazon won't win all of it, of course, or even most of it. It's certainly positioned to win more than its fair share of it, though.

The company's coming 20 years, however, will be less about its continued e-commerce dominance and more about all the other ways it can leverage its size.

One of those ways is even more growth of its cloud computing business.

An incredible $45.4 billion dollars worth of the company's 2020 revenue of $386.1 billion was attributable to Amazon Web Services. That's roughly 12% of its top line, up from the previous year's web services sales of $35 billion. Not bad.

Far too overlooked, however, is how stunningly profitable Amazon Web Services is. More than half of 2020's $22.9 billion in operational profits came from its cloud computing service arm ($13.5 billion, all told). And there's still a massive amount of room for growth. Technology market research company Gartner predicts the worldwide public cloud computing sector will grow 18% to $305 billion this year, and then grow another 19% next year.

Cloud computing isn't the only growth engine Amazon is tuning up outside of its consumer-facing business, either. The company is also refining its online presence as a means of selling advertisement space. During the fourth quarter of last year, Amazon collected nearly $8 billion worth of advertising revenue -- categorized as "other" on its accounting statements -- up 64% year over year. For the full year, the company did over $21 billion worth of this "other" business.

Revenue isn't profit, of course, but this advertising business is being built around properties and technologies already in Amazon's portfolio. That makes it a low-cost way to enhance the profitability of an operation that's already in the black.

In the meantime, Amazon is still courting the same consumers it already serves to make them more frequent customers.

As of the latest count, the e-commerce giant operates about a dozen grocery and convenience stores, with a couple dozen more in the works. That's in addition to more than 50 brick-and-mortar retail locations for its bookstores and other consumer-oriented products. More are on the way too, and in places where the company doesn't have a retail presence, it may soon see a localized distribution warehouse and drone-based deliveries. Amazon says it's planning to build on the order of 1,000 mini-fulfillment centers from coast to coast. 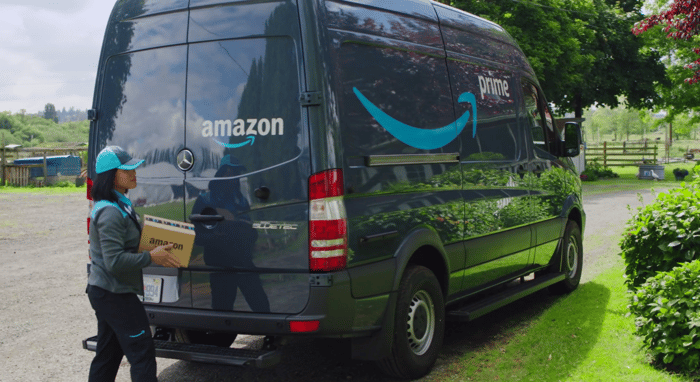 These moves aren't being made because storefronts, warehouses, and autonomous drones are cheap to operate. Rather, they're initiatives meant to extract more revenue from consumers. Even Prime subscribers only spend an average of about $1,400 per year at Amazon.com, according to Consumer Intelligence Research Partners. That's only a small piece of the $18,000 that a OnePoll study commissioned by Ladder says the average American spends every year on non-essential goods.

Not Amazon's heyday, but still rock-solid

A great deal of Amazon stock's early gains are rooted in the fact that few people appreciated just how big the company would become, making it undervalued at its initial public offering. It's not a secret any longer, though. Shares won't have the advantage of surprise going forward.

Connect the dots, though. What the company lacks in its potential to surprise, it more than makes up for in crystal-clear growth opportunities. Analysts see it, anyway. S&P Capital IQ indicates 2025's consensus revenue projection now stands at $821 billion, more than doubling last year's $386 billion. That sure seems like millionaire-maker sort of growth.