A key analyst thinks lidar investors are overlooking the company.

Shares of Ouster (OUST -0.39%), a maker of digital lidar sensor systems, were trading sharply higher on Wednesday afternoon after a Wall Street analyst initiated coverage with a bullish note.

In a new note released on Wednesday morning, Citibank analyst Itay Michaeli initiated coverage of Ouster with a buy rating and a price target of $17.

Michaeli wrote that the company appears particularly well positioned in comparison to other newly public lidar makers because of its "unique" digital sensors and its leading position in vertical markets outside of autos.

Ouster sells its lidar sensors packaged with software optimized for a variety of industrial and robotics applications, in addition to its offerings for automobiles and heavy trucks. 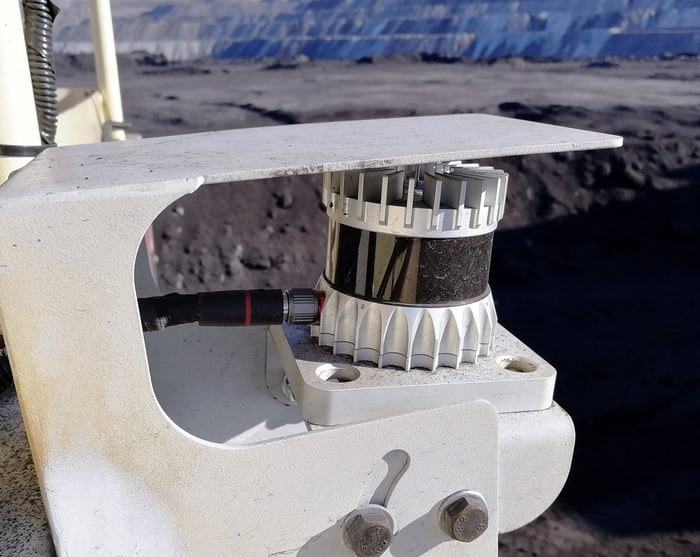 Ouster already has hundreds of customers for its lidar sensors, including Waytous, a maker of autonomous mining equipment. Image source: Ouster.

Lidar, short for laser detection and ranging, is increasingly used in advanced driver-assist systems and is considered essential by most experts in self-driving vehicles.

Michaeli thinks Ouster's share price is "disconnected" from its standing in the industry. Despite the fact that the company just went public last month, investors should realize that it's not a start-up: Ouster already has hundreds of customers for its products.