Please ensure Javascript is enabled for purposes of website accessibility
Log In Help Join The Motley Fool
Free Article Join Over 1 Million Premium Members And Get More In-Depth Stock Guidance and Research
By Keith Noonan - Updated Apr 7, 2021 at 10:46AM

The solar stock has skyrocketed roughly 4,440% over the last year.

Shares of Sunworks (SUNW 5.29%) rose 11.3% in March, according to data from S&P Global Market Intelligence. The solar technology stock gained ground thanks to expectations that a big infrastructure spending push in the U.S. will create momentum for the clean energy space. 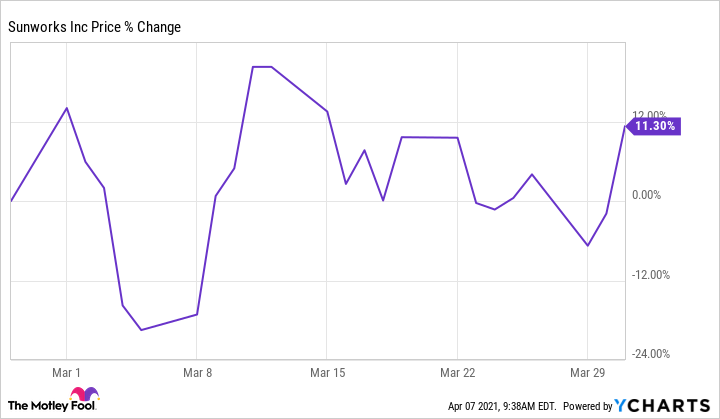 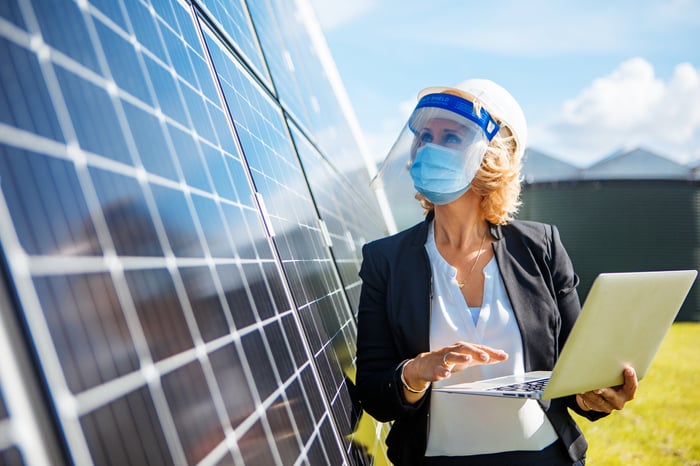 Sunworks stock hit a five-year high of $29.47 per share in January, seemingly due to momentum stemming from the incoming Biden presidency and Democratic gains in Congress. While the company currently trades down roughly 48% from that high mark, its valuation has seen incredible growth since last April.

Sunworks stock posted significant gains following the unveiling of President Joe Biden's infrastructure plan on March 30, which calls for $2 trillion in spending and would apportion billions for clean energy initiatives. The stock has given up those gains early in April's trading, but recent momentum for the shares reflects expectations that the business will get a significant boost from new government programs.

The company's share price is down roughly 12% so far in April. 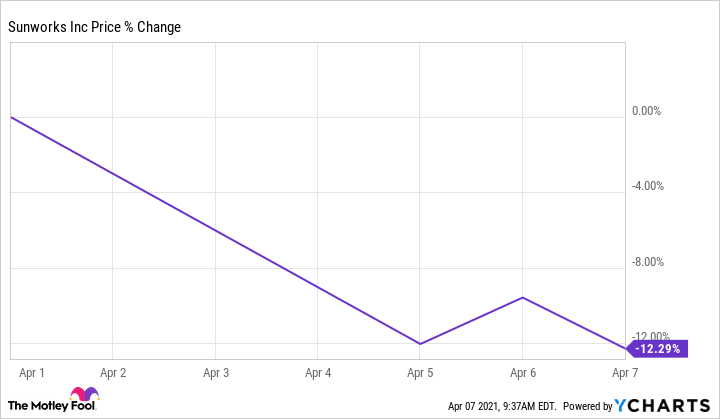 The stock could post more big gains if the company establishes itself as a provider of solar power solutions, but investors should keep in mind that the performance outlook is speculative. Clean energy technologies look poised for significant growth over the next decade and beyond, and government-led initiatives should help increase adoption. But competition is already heating up in the market, and Sunworks should probably be approached as a high-risk, high-reward investment.

The company has a market capitalization of roughly $400 million and entered the year with roughly $41 million in cash.

Why Solar Energy Stocks Are On Fire Today

Why Shares of Sunworks Popped 39.3% on Wednesday

Why Shares of Sunworks Jumped 33.8% on Thursday