The issue is unrelated to problems that grounded the plane for more than 18 months.

Boeing (BA -1.53%) has requested that 60 737 MAX jets be grounded temporarily to address an electrical power system issue in those jets.

The aerospace manufacturer said it reached out to 16 carriers who operate the jet due to a potential issue with a backup power control unit. U.S. customers Southwest Airlines (LUV -0.60%), American Airlines Group (AAL 5.71%), and United Airlines Holdings (UAL 1.45%) were among the airlines impacted, according to CNBC. 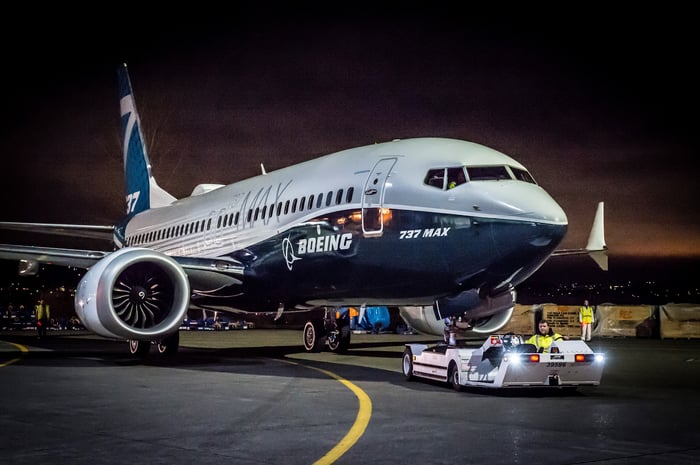 The issue, though minor, is another setback for Boeing's long-troubled 737 MAX program. The plane was grounded in March 2019 after a pair of fatal accidents and was only cleared to return to service last fall.

Boeing is working with the Federal Aviation Administration on this latest issue, which requires airlines to check and verify that "a sufficient ground path exists for a component of the electrical power system."

Although investors will be loathed to see another issue with the 737 MAX, the nature of this warning appears to indicate that it is an issue with a small number of jets and not a design flaw. It is also unrelated to the systems that were responsible for the fatal crashes and subsequent grounding.