Please ensure Javascript is enabled for purposes of website accessibility
Log In Help Join The Motley Fool
Free Article Join Over 1 Million Premium Members And Get More In-Depth Stock Guidance and Research
By Billy Duberstein - Apr 11, 2021 at 6:10AM

The 5G era is upon us, and these three well-positioned companies should benefit handsomely.

Sure, 5G might be one of the most-hyped technologies ever. People have been talking about it for years, yet where are all of these mind-blowing, revolutionary applications? Well, with the recent unveiling of the first 5G iPhone, along with December's FCC wireless spectrum auction, the 5G era may finally have arrived.

In addition to growth, 5G could have significant effects on the competitive landscape in certain technology segments. Companies that have been forward-thinking and preparing for the 5G era could be in for a massive windfall, while others that aren't as well positioned may lose ground.

That's why I especially like T-Mobile (TMUS 1.01%), Onto Innovation (ONTO -2.20%), and II-VI (IIVI -2.63%) on the eve of 5G. Each business has made recent strategic moves and acquisitions over the past year or so, with a clear eye toward positioning their businesses for the 5G era... and all look well positioned to win. 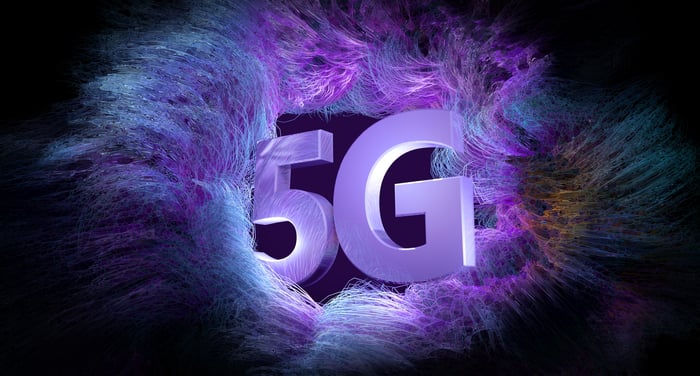 One year ago, T-Mobile purchased fourth-place telecom Sprint, creating a 5G juggernaut. Thanks to T-Mobile's savvy 600 Mhz spectrum purchase a few years ago, and Sprint's higher-speed mid-band 2.5GHz spectrum, the merger allowed the "new" T-Mobile to take a commanding lead in terms of 5G coverage.

Today, the company has several catalysts that could propel the stock this year and beyond. First, with the economy opening back up, wireless customers are more able to switch carriers, given that a lot of switching takes place at retail stores. That stands to benefit T-Mobile, which has maintained its low-cost, customer-friendly ethos, even though it now has the leading 5G network, in contrast to the 4G era. In other words, more switching is good for T-Mobile, which has taken market share over the past decade.

Amplifying its value proposition, T-Mobile just unveiled a new #5GforAll promotion, in which the company will give you a free Galaxy A32 5G smartphone when you trade in any existing 4G mobile phone. If you want an iPhone, T-Mobile is offering a free iPhone 12 if you trade in an iPhone 11, and trading in older models will still get you half off the new iPhone 12. And the offer isn't just for carrier-switchers. The offer stands for existing T-Mobile customers as well.

That's an expensive promotion for T-Mobile, so why would it do this? Simple. The company has a lead in 5G coverage and speed right now. With 92% of wireless customers still on 4G phones, upgrading customers to the 5G experience as quickly as possible is a huge incentive for the company to show off its superior network.

And T-Mobile isn't stopping there, as it's taking aim not only at wireless rivals, but also big cable. T-Mobile just announced fixed wireless home broadband, currently covering 30 million households today and offering unlimited data for a flat $60 per month. Ten million of those households are in rural communities, which often don't have access to fast broadband. T-Mobile's new 5G broadband service looks pretty fast, too, promising about 100 mbps for most customers.

As T-Mobile leaps over wireless rivals and with an eye on the massive home broadband market, its case as 5G leader only seems to get stronger by the day.

Delivering incredibly fast, low-latency speeds in the 5G era is going to take some serious silicon, as in semiconductors. But rather than bet on the chip companies themselves, the "picks and shovels" of this sector, or the semiconductor equipment manufacturers, may be the best way to play it.

Onto Innovation was formed in 2019 following the merger of Nanometrics and Rudolph Technologies, giving the company perhaps the ideal portfolio for the advanced semiconductor age. Onto's machines span metrology systems, as well as equipment for advanced packaging and specialty devices such as cameras and sensors. All of these components are set to grow by leaps and bounds in the 5G era. If you open up your 5G phone, Onto's machines will have touched virtually all the components within it. 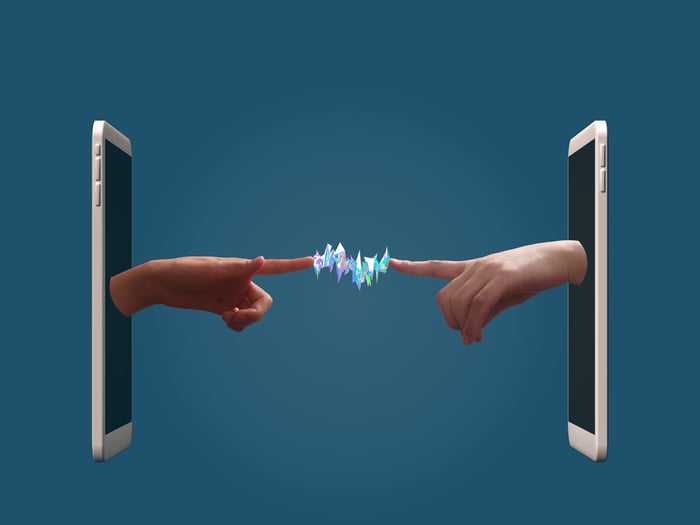 Metrology systems inspect leading-edge semiconductors for imperfections during the manufacturing process, which is crucial as chips become smaller, more densely packed with transistors, and more difficult to produce. Also, chips are being connected in new more powerful ways, with more complex architectures, increasing the burdens placed on advanced packaging providers as well. And sensors, cameras, and radio frequency modules are becoming more ubiquitous in more devices, boosting the need for specialty device equipment, too.

Onto may not seem that cheap, at 28 times this year's earnings estimates, but the company also has a strong $374 million net cash position on the balance sheet, and its end markets are almost assuredly going to grow by leaps and bounds in the 5G era.

And the company is still realizing good cost synergies from the merger, doubling its operating margin in its first year as a combined company. As more cost and revenue synergies are realized across Onto's portfolio, good things should be in store for this under-the-radar 5G play.

II-VI: Components for all facets of 5G

Another 5G name you may be unfamiliar with is II-VI (pronounced "two-six"), which just won a bidding war for fellow laser photonics provider Coherent (COHR -0.43%) for about $7 billion. The market didn't like the high price II-VI seemed to pay, sending II-VI's shares down some 35% from their all-time highs, before slightly rebounding last week. Still, II-VI shares remain about 25% below pre-merger-announcement levels.

However, I think investors would be wise to take advantage of the discount. II-VI, the largest photonics player in the market, has a history of successful acquisitions in its past and a strong R&D culture. The merger also received the blessing of Bain Capital, a private equity firm that contributed $1.5 billion to the deal. And the deal will also diversify II-VI's portfolio away from its communications sector emphasis to a more balanced portfolio across materials processing, semiconductor equipment, and life sciences.

The combined company will have exposure to a number of 5G industry segments. Optoelectronics components connect data centers used by 5G service providers to transmit information. Laser photonics also enable 3D sensing, such as the facial recognition on your 5G phone, as well as self-driving LiDAR systems. II-VI also makes the silicon carbide components within 5G base stations. Should the Coherent deal close, Coherent will bring lasers used in semiconductor manufacturing equipment, such as those used in metrology systems and display machines made by companies like Onto.

II-VI expects to reap $250 million in cost synergies and should emerge as the dominant component player serving a broad swathe of high-growth markets, including 5G and adjacent technologies.