This top gaming stock has delivered wealth-building returns for investors. Can it continue?

Electronic Arts (EA 0.89%) saw its share price climb 34% last year as the pandemic led to higher engagement levels across its core titles. Still, the company's guidance for fiscal 2021 (ending March 31, 2021) calls for revenue to increase only slightly over the previous year. Can EA deliver enough growth over the long term to justify buying the stock today? 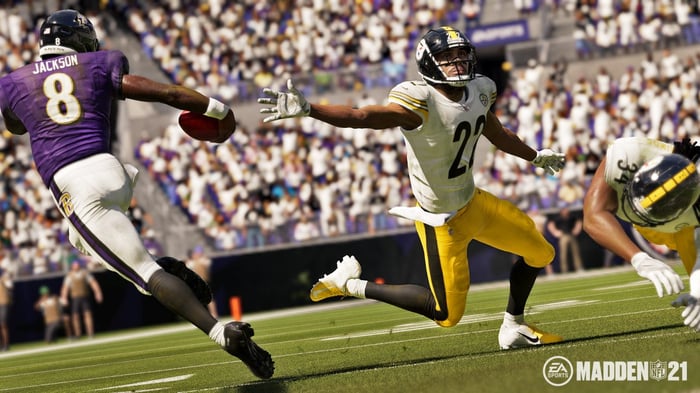 All signs continue to point to growth in the video game industry over the long term, which is a tailwind for leading game producers like Electronic Arts. Following the engagement trends seen during the pandemic, market researcher Newzoo expects the industry to grow again this year, reaching $189 billion in total game revenue in 2021, up from an estimated $175 billion last year.

A few trends support this estimate, including the increasing penetration of the Sony PlayStation 5 and Microsoft Xbox Series X/S consoles, which launched in the fall. Plus, mobile gaming has become the biggest driver of industry revenue growth. The adoption of 5G wireless connection speeds is a catalyst for greater adoption on mobile platforms. And earlier this year, EA announced a deal to acquire Glu Mobile (GLUU) for $2.1 billion.

Moreover, content creators and game streamers are driving higher demand for computing peripherals, which reflects growing interest in gaming. The leading graphics chip producer, NVIDIA, recently reported that it sees a long runway of growth in its gaming segment as sales of gaming laptops continue to outpace the consumer laptop market.

As new players pick up gaming, Electronic Arts has the resources to continue investing in new content to grow revenue and generate market-beating returns, as it has over the last few decades. 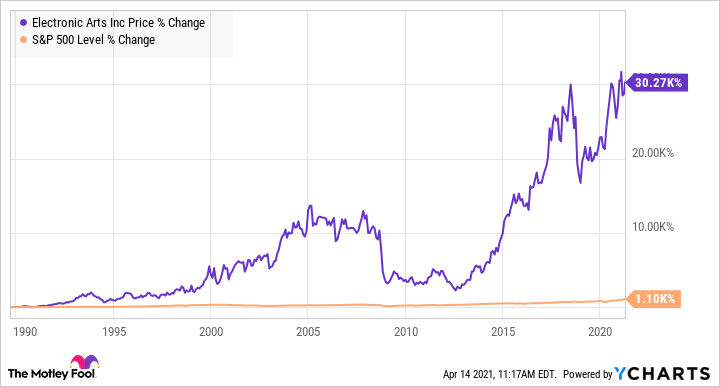 EA generated $1.93 billion in free cash flow over the last four quarters. As a show of confidence in the future, management initiated the company's first dividend during the fiscal third quarter. The dividend amounts to a quarterly payout of $0.17 per share, or $0.68 annually.

Making video games is a very profitable business, especially for the companies that have the most players. EA has a large player base to monetize since it owns some of the most popular titles on the market, including FIFA, Madden, Battlefield, The Sims, and the free-to-play shooter Apex Legends. During the fiscal second-quarter earnings report, EA reported it had 330 million unique accounts across all of its games.

Management believes it can grow the viewership and player base of its EA Sports titles alone to 500 million. And it's got a pipeline of new sports releases and experiences in development. The pending acquisition of Glu Mobile will bring over Tap Sports Baseball on mobile devices, and EA is also bolstering its racing portfolio with the recent acquisition of Codemasters.

The company certainly has its chess pieces positioned to go on the offensive in the video game industry.

That leaves one issue on investors' minds: If EA sees so much opportunity in the space, why is it guiding for just 1.1% revenue growth in fiscal 2021?

A key factor that gets overlooked is the multi-year shift happening in the industry from brick-and-mortar purchases to digital spending on games. During the nine-month period ended in December, sales of packaged games -- which make up nearly 15% of EA's total revenue -- fell 32% year over year. Excluding sales of packaged goods, EA's total revenue would have increased over 13% instead of the reported 3%.

It's quite possible that EA could see its revenue growth accelerate over the next five years as packaged sales continually shrink as a portion of its sales while digital revenue continues to grow.

Investors should do well with EA

The advances in technology over the last 40 years have propelled the top video game stocks to massive outperformance relative to the S&P 500. More immersive gaming experiences and easier access to games, enabled by cloud gaming platforms and mobile devices, are powerful forces that should push EA's stock price to new highs over the long term.

What's more, shares are not that expensive right now, trading at a price-to-free cash flow multiple of 21. At this level, it looks like a good time to buy into one of the gaming industry's leading names.