You can blame Wells Fargo for that. 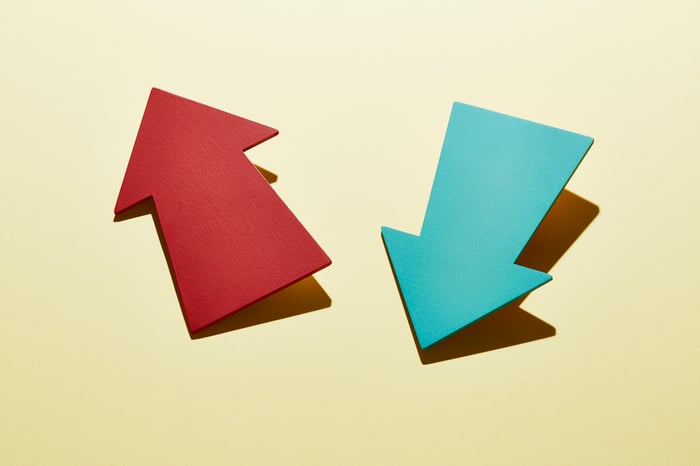 In a series of new stock ratings, investment bank Wells Fargo announced last night that it has started covering Bloom Energy with an overweight rating -- hence, its relative outperformance today. Plug Power skated by with an equal weight rating that, combined with a more positive outperform from Evercore ISI, is helping keep Plug's head above water, as well. On the other hand, Wells tagged FuelCell Energy with its dreaded underweight rating (i.e. sell).

As TheFly.com reports today, Wells Fargo believes Bloom Energy is the best bet in the fuel-cell industry, boasting an "established market presence," "visible growth trajectory," and "multiple avenues for future growth" -- but only if the company is able to succeed in its plans to produce hydrogen gas for fuel-cell use, This is a venture that's far from certain to succeed inasmuch as Plug Power has the first-mover advantage.

Wells sees similar advantages at Plug and Ballard, by the way. The main problem there is that the analyst believes Plug's pole position in the fuel-cell industry, at large, and Ballard's leading position in producing fuel cells to operate municipal buses are already fully reflected in the stocks' market capitalizations -- $14.7 billion and $5.7 billion, respectively. Both of these are higher than Bloom's $3.8 billion.

But even a (relatively) cheap stock price is no guarantee of a good investment. As Wells points out, FuelCell energy lags its competitors in commercialization. Given its rivals' advantages, Wells "struggles" to see a reason to own that stock when the prospects for the others look so much better.