A $1 million nest egg won't guarantee you financial security in retirement -- but it'll put you in a good place to achieve that goal. But how on Earth are you supposed to get to $1 million when you earn an average living and aren't expecting a giant windfall to magically land in your lap?

Well, here's the good news. You don't need to sock away a ton of money in a retirement plan (or brokerage account) to wind up with $1 million in time for your senior years. In fact, if you play your cards right, a mere $100 a month could leave you with $1 million to your name without breaking a sweat. 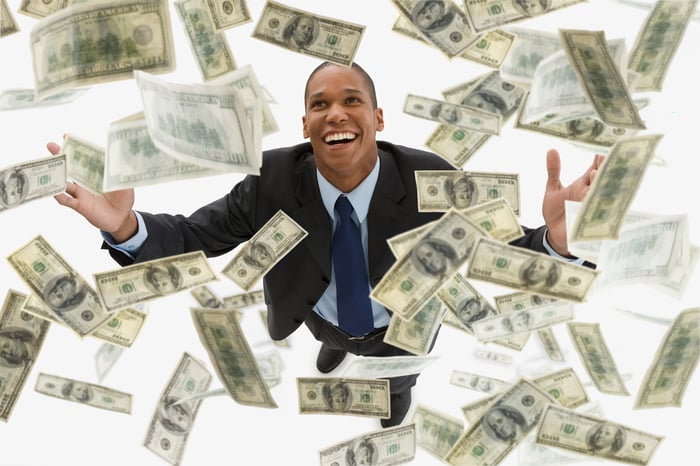 A winning formula for success

If your goal is to retire with $1 million, you need to do two easy things:

The first one is simple. Once you start collecting a steady paycheck, open an IRA or sign up for your employer's 401(k) plan. The more time you give your money to grow, the easiest it'll be to creep toward that $1 million target.

The next bit -- investing wisely -- might seem more complicated, but it actually isn't. Many people assume that to build a solid portfolio, they need to know a ton about investing. But if you're not keen on researching stocks and learning how to handpick investments, you can load up on S&P 500 index funds, instead.

Index funds are passively managed funds that aim to match the performance of the market indexes they're set up to follow. Meanwhile, the S&P 500 index is comprised of the 500 largest publicly traded companies. Put the two together, and S&P 500 index funds are a good bet when it comes to investing over a long period of time. Not only will you get instant diversification (since, in a nutshell, you'll get to invest in 500 companies), but you'll also benefit from the strong performance the S&P 500 is known for.

Over the past 30 years, the S&P 500 has delivered an average annual return of over 12%. Say you're able to start investing $100 a month beginning at age 22. If you continue doing so until age 67, which is full retirement age for Social Security purposes if you were born in 1960 or later, and your investments deliver an average annual 10.5% return during that time (which could happen, seeing as how the S&P 500 averaged higher over the past three decades), you'll end up with just over $1 million, right in time for retirement.

Of course, if you're already deeper into your career and haven't been contributing to a retirement plan steadily, you can't go back in time and begin funding one starting at age 22. What you can do, however, is ramp up your contributions from this point onward.

If you sock away $500 a month over 30 years and your investments deliver a 10.5% average annual return, you'll still wind up with $1 million to your name. The key, either way, is to save from as young an age as you can and choose investments that are likely to deliver a solid performance -- and S&P 500 index funds certainly fit that bill.