The fuel cell maker's stock has been recovering from a recent plunge.

Shares of on-site power generation company Bloom Energy (BE 2.30%) hit a five-month low recently, but are continuing to bounce off that level today. As of 12:10 p.m. EDT, Bloom shares were up 5.4% above Thursday's closing price.

Today the company announced new leadership appointments for its international growth plans. That in itself isn't likely the reason the stock jumped today. But earlier this week, energy giant Chevron and automaker Toyota announced an alliance to grow large-scale use of hydrogen for fuel.

Bloom is a member of "Hydrogen Forward," a separate group of 11 companies focused on advancing hydrogen development in the U.S. But the new global expansion efforts signaled by Bloom's leadership appointments today indicate Bloom wants to also grow its hydrogen business outside the U.S. 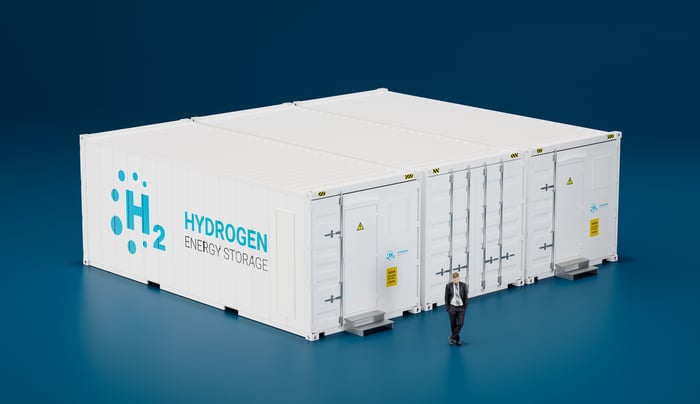 As part of its global initiative, Bloom said it is opening a new office in Dubai, United Arab Emirates. The company said in a statement its strategic growth plan aims "to unlock value by sharpening focus on new global markets." The new international leadership team consists of industry veterans who will oversee expansion into Australia and Southeast Asia, lead its commercial strategy in Europe, manage partnerships in Germany, and lead new strategic opportunities in Africa.

The Chevron and Toyota alliance will focus on "hydrogen-related public policy measures that support the development of hydrogen infrastructure," as well as further research in hydrogen powered transportation and storage solutions.

While that alliance doesn't directly involve Bloom Energy, any company with a stake in developing a hydrogen economy could benefit, and it gives investors confidence to add positions in names like Bloom.