Please ensure Javascript is enabled for purposes of website accessibility
Log In Help Join The Motley Fool
Free Article Join Over 1 Million Premium Members And Get More In-Depth Stock Guidance and Research
By Maurie Backman - Apr 27, 2021 at 6:18AM

The ultra-rich may have to change the way they invest if the president's proposals go through.

There's a reason famed investing giant and billionaire Warren Buffett pays a lower tax rate on his income than his secretary -- he's able to benefit from the favorable treatment that applies to long-term capital gains. 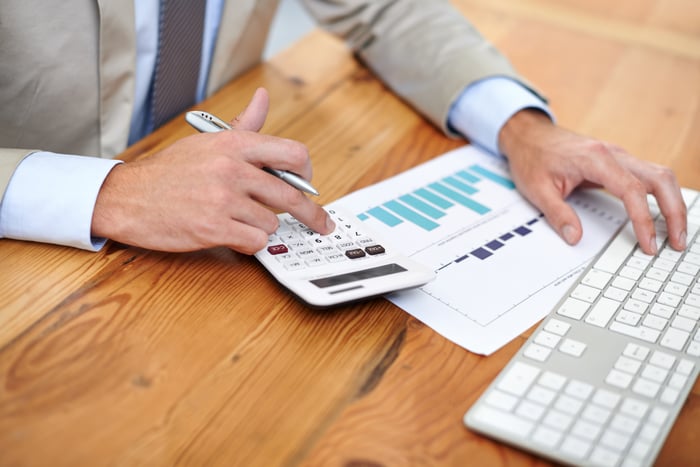 Under Biden's proposal, the federal capital gains tax rate will be as high as 43.4%. That rate is broken down as a base rate of 39.6% plus a 3.8% surtax on net investment income, which already exists for the wealthy. This higher tax rate would apply to the very rich only -- those earning $1 million or more.

Currently, wealthy investors pay a top long-term capital gains tax rate of 20%. On top of that, there's a 3.8% surtax, which was created by the Affordable Care Act to pay for Medicare expansion.

Changing the way the wealthy invest

Wealthy investors have long used the strategy of holding investments for a long time to keep their tax burden to a minimum. But if Biden's proposal goes through, it will be a real game-changer. Suddenly, holding stocks for at least a year and a day won't have the same appeal, since there effectively wouldn't be a tax break involved. Short-term capital gains taxes, which apply to investments held for a year or less, are taxed at the same marginal tax rate as ordinary income. Right now, top earners face a marginal tax rate of 37% on both income and short-term gains, which Biden is proposing to raise to 39.6%.

Changing the way the wealthy save

Saving for the future in an individual retirement account (IRA) or 401(k) plan gives all account holders, including the wealthy, access to certain tax breaks. But in light of Biden's proposal, more wealthy individuals may seek to shift from traditional IRAs and 401(k)s to Roth accounts. Roth IRA and 401(k) contributions are made with after-tax dollars, so there's no immediate tax break to enjoy. But that money also gets to grow completely tax-free, and withdrawals in retirement are tax-free as well.

Generally speaking, Roth accounts make sense if there's reason to believe one's tax rate will be higher at the time they take withdrawals. If that's the case, wealthy individuals may seek to convert existing traditional retirement plans to Roth accounts. That way, if tax rates climb and stay that way, they'll get to lock in a lower rate.

Of course, as of now, Biden's proposal is just that -- a proposal. And it's fair to say that many lawmakers won't be on board with such drastic changes. But wealthy individuals should gear up for some type of tax change with Biden at the helm -- and think about adjusting their strategies accordingly.