Please ensure Javascript is enabled for purposes of website accessibility
Log In Help Join The Motley Fool
Free Article Join Over 1 Million Premium Members And Get More In-Depth Stock Guidance and Research
By Billy Duberstein - Updated Apr 28, 2021 at 10:16AM

Each of these three companies is on the precipice of decade-long growth.

Warren Buffett once said, "If you aren't thinking about owning a stock for 10 years, don't even think about owning it for 10 minutes."

We preach a similar long-term investing view here at the Fool -- not an easy task these days, with 24/7 news and social media coverage focused largely on what's happening today. Still, if you can find a company with competitive advantages, a strong management team, and products and services near-certain to grow over the next decade, they are usually promising bets. A long-term orientation also enables you to hold firm through the inevitable volatility of the market. 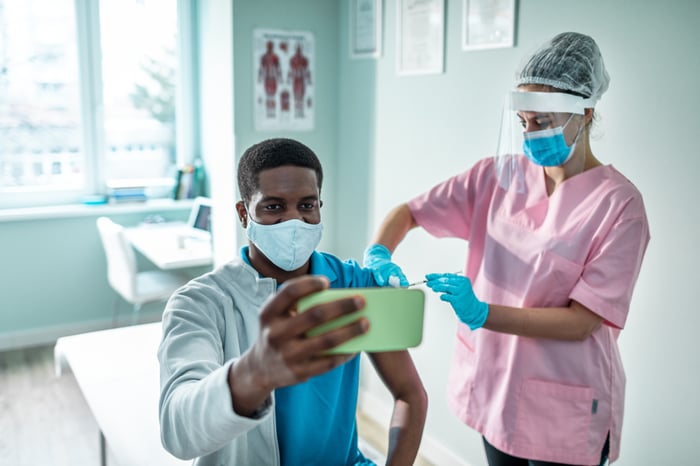 mRNA has been studied and developed over decades, but it was fortuitous that Moderna, founded in 2010 as the first biotech exclusively dedicated to mRNA technology, was hitting its stride when COVID-19 hit. The recent COVID-19 vaccines from Moderna and BioNtech (BNTX -0.52%) were the first to use nRNA technology, but success with COVID may have ushered in a new world in which mRNA technology is used for not only to combat viruses, but also autoimmune diseases, cancer, and cardiovascular disease.

Moderna's fortunes have changed dramatically over the past year, going from an early stage, cash-burning biotech to to a highly profitable company. Analysts expect Moderna to earn a whopping $9.3 billion in profits this year, or $23.27 per share, although that figure is expected to fall to $16.58 per share in 2022.

Still, Moderna now has the ability to self-fund its research and development projects instead of having to constantly raise money, and it has large number of mRNA applications currently in development. The company is about to start Phase 3 trials on a vaccine for cytomegalovirus, the number one cause of birth defects today. In addition, Moderna has several oncology and cardiovascular disease treatments in Phase 1 or Phase 2 trials. And don't forget, Moderna will benefit from booster shots to combat COVID variants that have already emerged. If more dangerous variants emerge, Moderna will likely benefit, so it's also not a bad hedge against that scenario.

As of now, investors are pretty well pricing in the COVID profits, but it's likely Moderna should come up more important treatments throughout the next decade. More revenue and profits should follow, especially now that Moderna won't have to dilute shareholders, as it had to in the past. 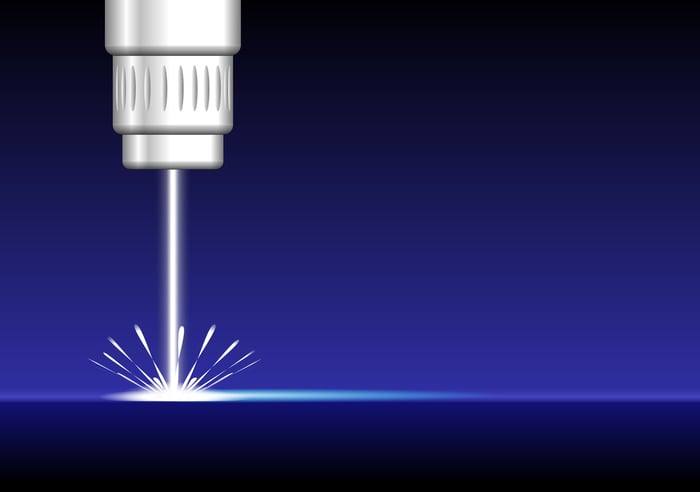 Sure, Nvidia (NVDA 1.11%) and Apple (AAPL 0.96%) are perennial Fool favorites, but without Netherlands-based ASML's technology, those favorite tech giants wouldn't be able to efficiently produce their leading-edge chips.

ASML pioneered extreme ultraviolet lithography (EUV), an extremely difficult technology that took 25 years to develop and commercialize, and ASML is the sole owner of the technology today. EUV is based on powerful lasers hitting a droplet of molten tin which emits EUV light, which is then focused into a beam that imprints a pattern on a silicon wafer. The result is a tool that can draw patterns with extremely tiny 13.5 nanometer light, as opposed to the 193 nanometer light used in traditional lithography.

Prior to EUV, semiconductor manufacturers had been struggling to produce denser and more powerful chips. As chipmakers packed more and more transistors onto wafers,  the distance between transistors became smaller and smaller, requiring incredibly precise tools like EUV.

With EUV systems only becoming commercialized in 2018-2019, we are just at the beginning of the EUV age, which could usher in a gold rush of new and diverse semiconductors. On its recent earnings release, ASML upped its guidance for 2021 to 30% growth, but even that figure was only limited by supply constraints. ASML will add capacity to grow its output by 2022 and beyond.

Demand for semiconductors is skyrocketing, thanks to a cyclical rebound, the accelerated digitization of the economy due to the pandemic, and governments all wanting excess chipmaking capacity on their own shores. Those three factors are leading to a big shortage right now, but with 5G, AI, and the Internet of Things all kicking into gear today, it will likely be a very profitable decade for ASML. 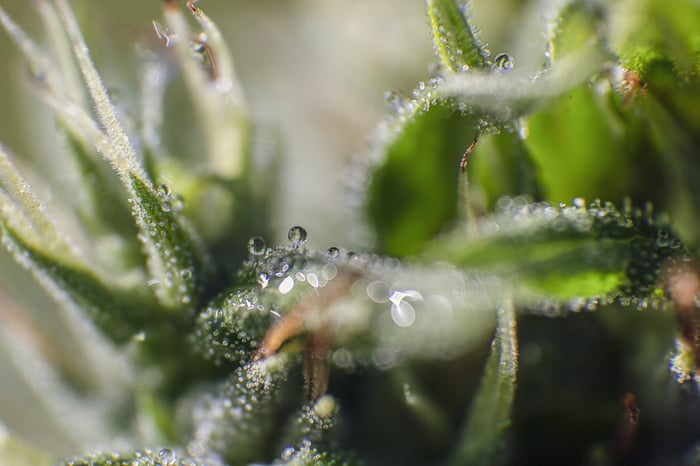 Although down about 25% from recent highs, Green Thumb Industries is another company with a huge growth runway for the next decade, so now may be a good opportunity to get in on the U.S. cannabis rush.

Over the last 20 years, the number of Americans supporting cannabis legalization went from a minority to an overwhelming majority, and states are now falling in line. Since November, seven new states have passed laws or ballot measures making cannabis legal on a recreational basis.

While nothing is guaranteed, especially in the difficult U.S. Senate, it seems as if it's a matter of time before the federal government rolls back some federal restrictions on U.S. cannabis companies. A week ago, the House of Representatives passed the SAFE Banking Act 321-103. If passed by the Senate, it would absolve national banks that work with cannabis companies from liability.

Green Thumb, headed by Ben Kovler, is an heir to the Jim Beam bourbon fortune and knows a thing or two about branded consumer packaged goods. Given the changing landscape, it appears marijuana could be on the cusp of becoming a giant new CPG category. If fully legalized within 10 years, Cowen (COWN -5.92%) estimates the legal U.S. cannabis industry could hit $100 billion by 2030, up from just $18.3 billion in sales in 2020.

As an early mover, Green Thumb already has a presence in 12 states, many of them with limited licenses that afford early movers high profits. In 2020, Green Thumb's revenue soared 157.2% to $556 million, with 32.3% EBITDA margins.   Despite tax regulations which make it difficult to earn GAAP profits, Green Thumb still made positive net income of $15 million last year.

Having a foothold in so many states while also being quite profitable is a difficult task, owing to Green Thumb's execution and innovation. While riskier than the other stocks mentioned due to federal illegality, if you believe cannabis prohibition will continue to be relaxed over the next 10 years, Green Thumb looks like one of the winners.