Please ensure Javascript is enabled for purposes of website accessibility
Log In Help Join The Motley Fool
Free Article Join Over 1 Million Premium Members And Get More In-Depth Stock Guidance and Research
By Daniel Foelber - May 4, 2021 at 8:13AM

Q1 earnings shine as UPS continues to expand margins and grow its top and bottom lines.

Shares of United Parcel Service (UPS -1.04%) just crossed the $200 per share mark, marking a new all-time high. UPS is now up over 110% over the past year and 25% in the last month, heavily outperforming the industrial sector and the S&P 500. 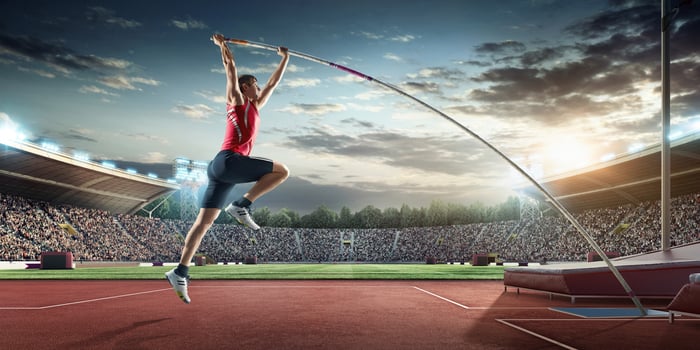 The headline story for UPS throughout the pandemic has been increased business-to-consumer (B2C) sales. As early as the second quarter, UPS was posting impressive top-line growth at a time when most industrial stocks were reporting their worst results in years. However, the concern was that a slowdown in high-margin, low-volume business-to-business (B2B) sales would affect profitability. The narrative began changing in the fourth quarter as the company improved operating margins for the first time during the pandemic.

Heading into 2021, UPS's combination of organic growth and lower spending set the stage for further margin expansion. In its fourth-quarter release, the company guided for just $4 billion in 2021 capital expenditures compared to an adjusted $5.6 billion in 2020. It reaffirmed this guidance in its first-quarter press release.

Purposeful spending falls under the company's "better not bigger framework," which aims to streamline operations and focus on high-margin growth opportunities, like e-commerce and small and medium-sized businesses (SMBs). 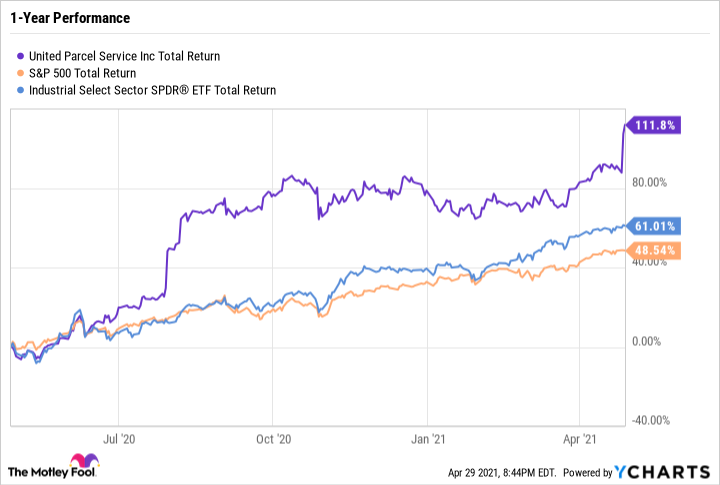 In late 2019, UPS began making a big push into e-commerce that just so happened to coincide with the pandemic. The timing was lucky, but UPS believes in e-commerce's multi-year growth trajectory. It has made major investments by expanding its fleet, logistics, and customer services.

SMBs are the contributing factor behind UPS's e-commerce growth. While its B2B business took a hit during the pandemic, the company focused instead on providing SMBs with the same opportunities as larger companies. By partnering with other leading e-commerce platforms, vendors, and payment providers, UPS built its Digital Access Program (DAP) in October 2019 to directly assist SMBs.

The growth has been impressive. UPS finished 2020 with over 700,000 DAP accounts and reaffirmed its guidance for $1 billion in DAP revenue by the end of 2021. In the first quarter, it added 150,000 new DAP accounts, meaning it could hit 1 million accounts before the second half of the year.

During the first-quarter conference call, CEO Carol Tome noted that "in the U.S., total average daily volume growth for SMBs, including our platform businesses, reached an all-time high of 35.6%, outpacing the growth rate of our larger customers for the third consecutive quarter." She highlighted SMB volume as the primary reason for the uptick in U.S. domestic margins. 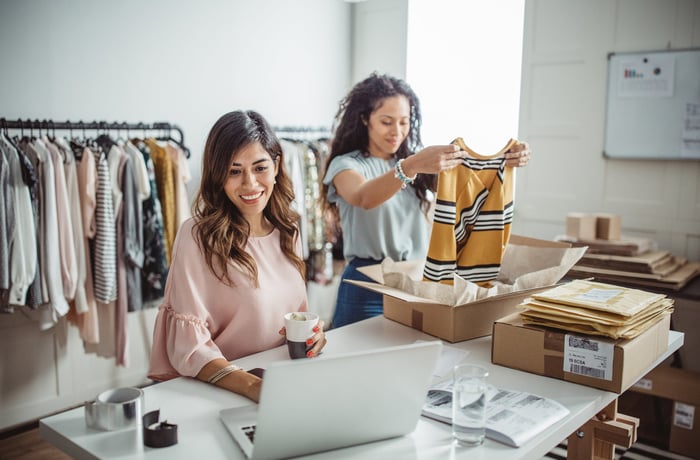 The international segment's effect on profitability

Along with e-commerce, UPS's international segment is fueling its transformation from a value stock to a growth stock. The company continues to retain high margins despite ramping international spending. It added 25% more flights to support outbound Asia demand, which grew 43%.

As impressive as U.S. domestic is, international is the real reason behind the company's record-high profitability. Consider that the international segment made up just 20% of the company's first-quarter revenue but 37% of its profit. The narrative was the same in 2020 as well. 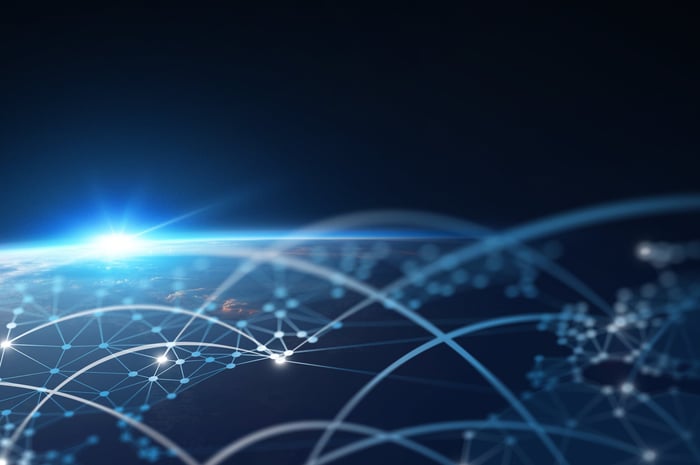 From deep value to breakout growth

Profitability is key because it supports the company's much higher valuation, as well as its dividend. Despite the stock's rise, the company still has an impressive 2% dividend yield. A year ago, UPS was a value stock with a near 4% dividend yield. Now, quarter after quarter of blowout earnings and monster growth across e-commerce, healthcare, and international is transforming the company into a growth stock.

UPS is now the largest U.S.-based industrial stock by market cap and is showing no signs of slowing down. Although it's much more expensive than just a few months ago, UPS is a classic example of a company whose performance arguably justifies its higher valuation.

Considering that B2B volumes showed improvements in March and the rest of the company's business is performing well, UPS could finish the year with a surprising amount of profit, giving it a reasonable price-to-earnings (P/E) ratio even at the stock's higher level. The long-term thesis remains intact. Until that changes, UPS remains one of the most well-rounded stocks on the market today.