Please ensure Javascript is enabled for purposes of website accessibility
Log In Help Join The Motley Fool
Free Article Join Over 1 Million Premium Members And Get More In-Depth Stock Guidance and Research
By Kailey Hagen - May 5, 2021 at 7:18AM

Adding a Roth IRA to your retirement plan could lead to some sweet financial rewards.

Baking is actually a pretty good metaphor for growing your retirement nest egg. The money you put aside for your future is like the cake's raw ingredients. The securities (stocks, bonds, mutual funds, etc.) that you invest your money in are like the oven that turns those raw ingredients into something that can actually feed you later on. And the account you keep your investments in is like the icing on top -- that extra bit of tax-advantaged sweetness that sets the whole thing off.

For a lot of people, the Roth IRA's "icing" is the sweetest of all. These accounts offer several unique features, discussed below, that can help you stretch your dollars a whole lot further. 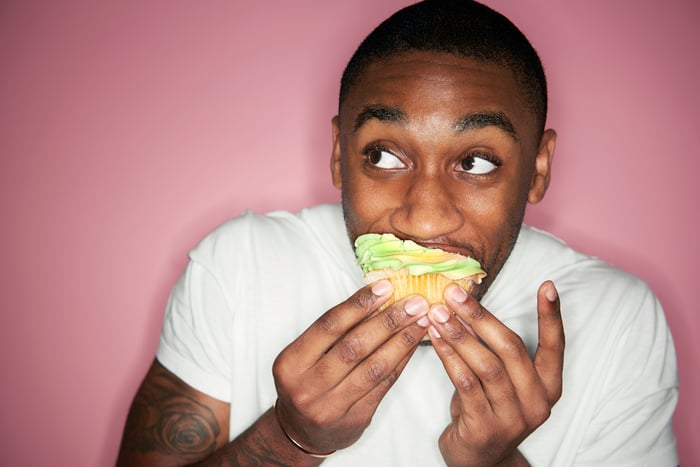 The biggest appeal of Roth IRAs is that they allow you to withdraw your money tax-free as long as you follow certain rules and pay taxes on your contributions the year you make them. This makes it easier for you to manage your tax liability in retirement.

For example, if it's getting toward the end of the year and you notice you're nearing the top of your tax bracket, you can withdraw funds from your Roth IRA to avoid raising your taxable income any further and owing the government a lot more.

Roth IRAs are usually recommended for young workers and those who think they're earning about the same or less than they think they'll spend annually in retirement. These workers could end up in a higher tax bracket in retirement than they're in right now, so giving the government a small percentage of their contributions today is usually the smarter financial play.

Let's say you're a single adult who earned $50,000 last year and contributed 10% of that, or $5,000, to your retirement account. This year, you retire and you want to spend $54,000 to cover your expenses, plus some extra for travel. If you put last year's contribution in a Roth IRA, you'd have paid taxes on all $50,000 you earned, minus the standard deduction and any other tax breaks you qualify for. But this year, if you withdrew all $54,000 you spent from your Roth IRA, you wouldn't owe taxes on any of it.

If you put your savings in a traditional IRA instead, you would have enjoyed a $5,000 tax deduction last year. But when taking out the $54,000 this year, you'd owe taxes on almost all of it. If you only claim the standard deduction this year and no other tax breaks, that extra $4,000 you spent is just enough to push you from the 12% tax bracket to the 22% tax bracket. So not only will you owe taxes on more money than last year, you'll owe a much higher percentage of your income.

You usually can't withdraw retirement funds before age 59 1/2 without paying a 10% early withdrawal penalty. But there are a few exceptions to this rule, including Roth IRA contributions. You've already paid taxes on these funds, so you're allowed to take them out whenever you want and the government won't say a word.

This makes them a great complement to other retirement accounts for workers who plan to retire before 59 1/2. They can still enjoy the tax advantages of saving in a designated retirement account without worrying about penalties for using their own money.

Assuming you've contributed enough to your Roth IRA over the years, you could use these funds exclusively to cover your retirement costs until you turn 59 1/2 and have penalty-free access to your other savings. You can also use these funds to cover an emergency expense at any age, but a designated emergency fund is better for this sort of thing.

It's important to note that not all Roth IRA withdrawals are penalty-free. You can't touch your earnings without penalty until 59 1/2 unless you have a qualified reason, like a major medical or educational expense. And you have to leave all Roth IRA conversions alone for at least five years before you withdraw them, even if you're already 59 1/2.

Required minimum distributions (RMDs) are mandatory annual withdrawals most people must make from their retirement accounts beginning at age 72. But Roth IRAs are the lone accounts exempt from this rule. So you can leave your Roth IRA funds to grow as long as you'd like before you need them.

It also allows you to leave a great tax-free gift to your heirs if you don't need all that you've saved during your lifetime. Your heirs will have to take RMDs, unless you give the money to your spouse, but it won't raise their tax bill at all.

While Roth IRAs have some undeniably great benefits, they're not the right choice for everyone. Their low contribution limits -- $6,000 in 2021 or $7,000 if you're 50 or older -- make them limiting for those who want to stash away a lot of cash for retirement every year.

They could also be the wrong choice for someone who is earning a lot more today than they believe they'll spend annually in retirement. Traditional IRAs work better for these folks, because they may end up in a lower tax bracket in retirement so deferring taxes until then could help them save money.

Just like baking, everyone has their own tastes, so ultimately, you have to decide what works the best for you right now and go with that. You can always add a Roth IRA later on if you don't think it's a great fit right now, or you can transition to a different retirement account down the road. It's all about what suits your specific needs.