Please ensure Javascript is enabled for purposes of website accessibility
Log In Help Join The Motley Fool
Free Article Join Over 1 Million Premium Members And Get More In-Depth Stock Guidance and Research
By Travis Hoium - May 6, 2021 at 2:31PM

Earnings didn't quite hit the mark, but there was still good news for Bloom Energy today.

Fuel cell energy stocks seem to move in unison these days, so when one falls, the entire industry goes with it. Today, Bloom Energy (BE 4.36%) was the cause of a sell-off after it reported first-quarter 2021 earnings. Shares dropped as much as 8.1% and were down 2.9% in late-morning trading. 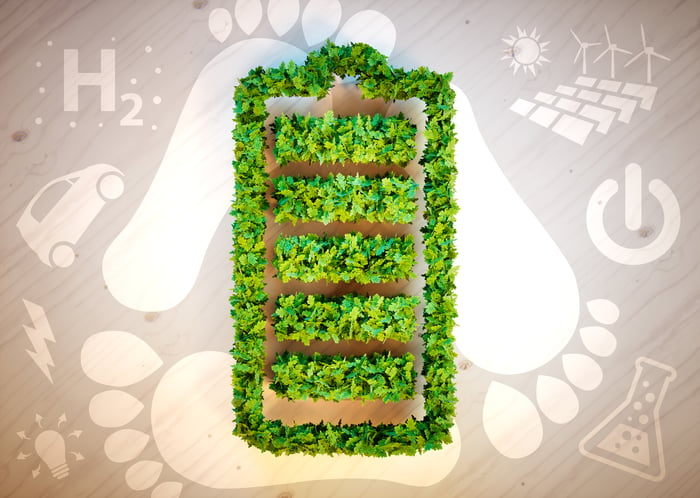 Adjusted loss per share, which pulls out one-time items, was $0.07, which was in line with analyst estimates. But revenue fell below the $203.3 million that analysts were expecting. The market is taking a hard look at growth stocks right now given the sharp rise in share prices over the past year, so when a company even comes up a little short of expectations, it can cause stocks to drop.

One of the biggest reasons Plug Power, Ballard Power Systems, and FuelCell Energy all fell along with Bloom today is because Ballard's earnings report was also disappointing earlier this week. Its revenue declined, so the story is a little different than Bloom Energy's, but if expectations have gotten so high that companies aren't going to hit revenue expectations, it makes sense for all fuel cell stocks to fall.

Fuel cell stocks may be trading together today, but they're not all the same. I'll just point out two metrics that investors should keep an eye on, and that's price-to-sales multiples for fuel cell stocks and gross margins. Bloom Energy trades for a P/S ratio of 3.7, while the other three companies are at least a 27.8 multiple. On the margin front, Bloom Energy had a gross margin of 28.2% in the first quarter, and the closest competitor is Ballard at 14.9%. Operationally, Bloom Energy is a cut above the rest. 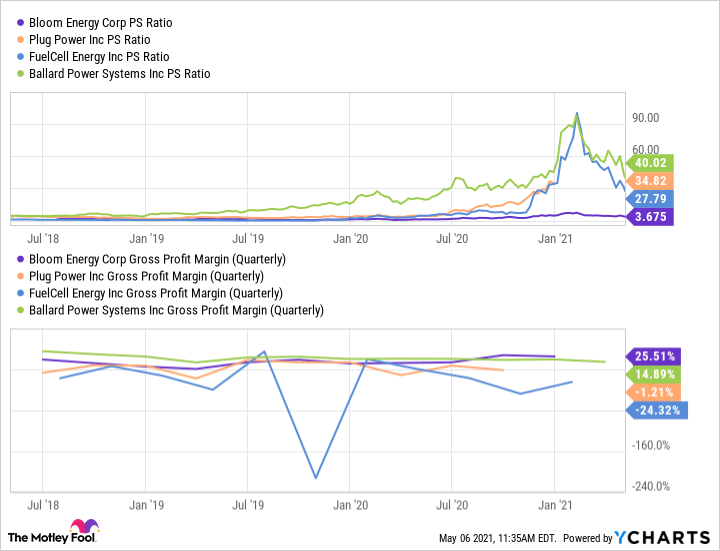 BE PS Ratio data by YCharts

Within Bloom Energy's numbers, there's a sharp improvement that investors should be cheering. Not only was revenue up 23.8%, gross margin improved from 12.7% a year ago to 28.2%. When you layer in the 40.2% increase in volume, Bloom Energy is increasing volumes and lowering prices (which should expand the market and has been able to expand margins). That's an incredible combination and should keep the company growing as hydrogen fuel cell sales pick up and electrolyzers move closer to launch.

Bloom Energy may have missed Wall Street's revenue guess today, but it's performing incredibly well and growing into a multitrillion-dollar market. With a price-to-sales multiple that's a fraction of the industry average, this is a stock that I think could be a big winner for investors long term.