Please ensure Javascript is enabled for purposes of website accessibility
Log In Help Join The Motley Fool
Free Article Join Over 1 Million Premium Members And Get More In-Depth Stock Guidance and Research
By Keith Noonan - May 10, 2021 at 4:04PM

Even with a recent pullback, the NFT craze has helped drive the stock up roughly 168% year to date.

Shares of Hall of Fame Resort & Entertainment (HOFV -3.74%) dipped 18.3% in April, according to data from S&P Global Market Intelligence. The stock has posted big gains thanks to excitement surrounding its entry into non-fungible tokens (NFTs), but the NFT craze seemed to cool off a bit last month, and some companies with substantial exposure to the space saw their valuations pull back. 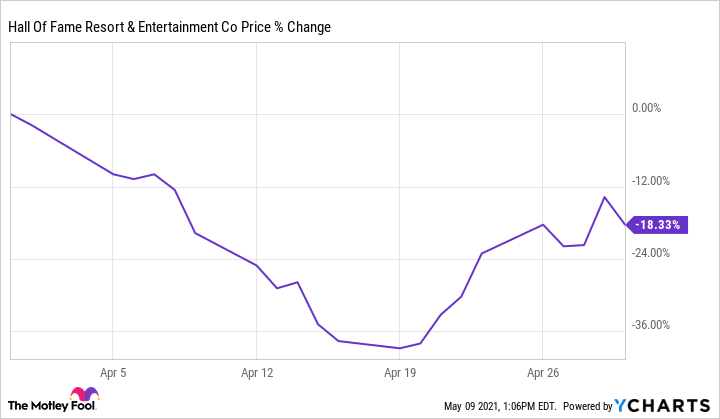 Hall of Fame Resort & Entertainment's core business revolves around football-related resort and entertainment experiences, but the company's push into the NFT space has actually been generating more excitement. The stock soared 119% in March's trading amid expectations that the company's connection to the Pro Football Hall of Fame would aid its push in the NFT space. However, there wasn't any major news on that front last month, and it looks like the bulls are taking a breather after the big gains. 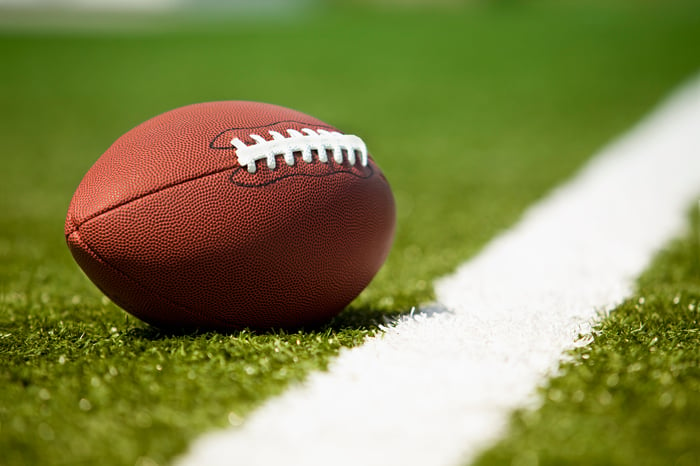 Hall of Fame Resort & Entertainment Co. was founded last year as part of a merger between HOF Village, the Pro Football Hall of Fame, Industrial Realty Group, and Gordon Pointe Acquisition Corp. While substantial initiatives in the NFT space probably weren't part of the company's original business plan, interest in the new form of digital collectibles has prompted management to pursue substantial initiatives in the space. That's helped the stock attract investors, but the speculative nature of the NFT space also sets Hall of Fame Resort & Entertainment up for volatile trading.

Hall of Fame stock has continued to slide in May's trading. The company's share price has fallen roughly 19.5% in the month's trading so far. 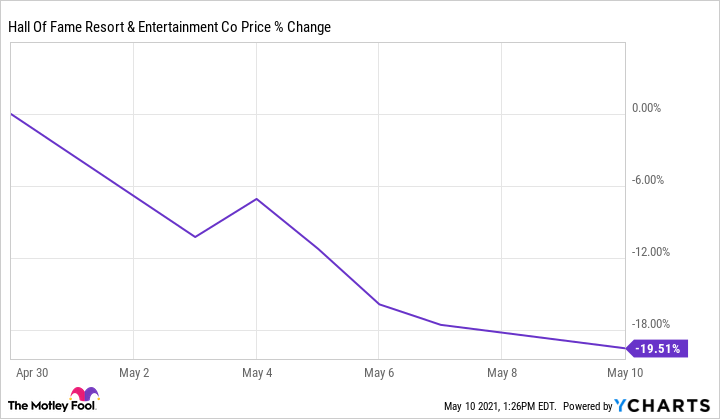 The resort side of the business has been pressured by the coronavirus pandemic, and that's left speculation about growth opportunities in the NFT space as well. Even with the recent excitement surrounding digital collectibles, the company's share price has fallen roughly 65% from market close on the day it went public through a special purpose acquisition company (SPAC) merger in July 2020.

Hall of Fame Resort & Entertainment has a market capitalization of roughly $311 million and is valued at approximately 8.9 times this year's expected sales.