A major move into the esports arena could fuel the company's growth.

Shares of Hall of Fame Resort & Entertainment (HOFV -9.70%) climbed 8% on Friday after it announced an intriguing new partnership with Esports Entertainment Group (GMBL 0.94%). 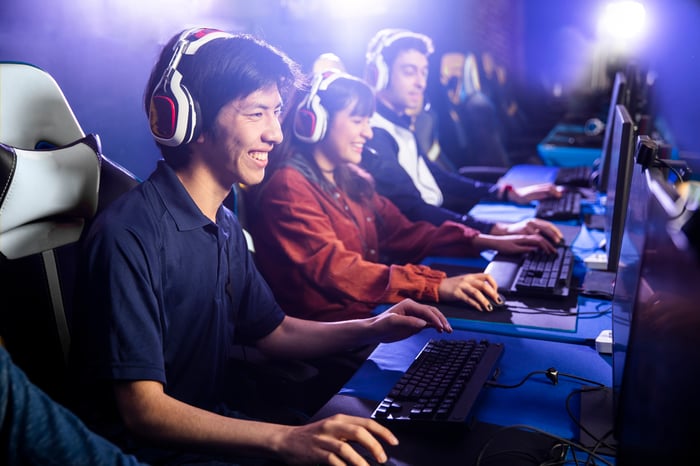 Esports Entertainment's complex will contain an array of state-of-the-art equipment, such as high-end PCs and the latest game consoles from Sony and Microsoft. It will be a place where esports competitors can practice their skills and compete in tournaments. Casual gamers will also have the opportunity to play alongside them. The new gaming center is slated to open in mid-2022.

The esports market is expanding at an impressive pace. The competitive gaming audience will exceed 577 million by 2024, according to analytics company Newzoo. In turn, the global esports and game streaming market will top $3.5 billion by 2025, according to Juniper Research. Hall of Fame knows this, which is why it's making the prudent decision to add an esports element to its operations.

"Having an EEG-powered esports complex as part of our development on campus adds another compelling opportunity for gaming enthusiasts and guests to engage in virtual environments as well as offering us the ability to draw in fans from all over the world -- both in person and virtually -- providing us with strategic growth opportunities within our company's gaming vertical," Hall of Fame CEO Michael Crawford said in a press release.