Please ensure Javascript is enabled for purposes of website accessibility
Log In Help Join The Motley Fool
Free Article Join Over 1 Million Premium Members And Get More In-Depth Stock Guidance and Research
By Lawrence Rothman, CFA - May 11, 2021 at 11:15AM

These retailers have done well, but one has the edge.

Costco Wholesale (COST -1.15%) and Dollar General (DG -1.48%) have both done a phenomenal job of drawing customers to buy their goods. This has led to strong revenue and earnings gains over the years. However, they've gone about it in different ways.

While each is likely to continue doing well based on their low prices and offerings, one company is in the lead and looks like it will produce a higher return. That means more money in your pocket.

Let's look at each retailer a little more closely to see which one has the better path forward. 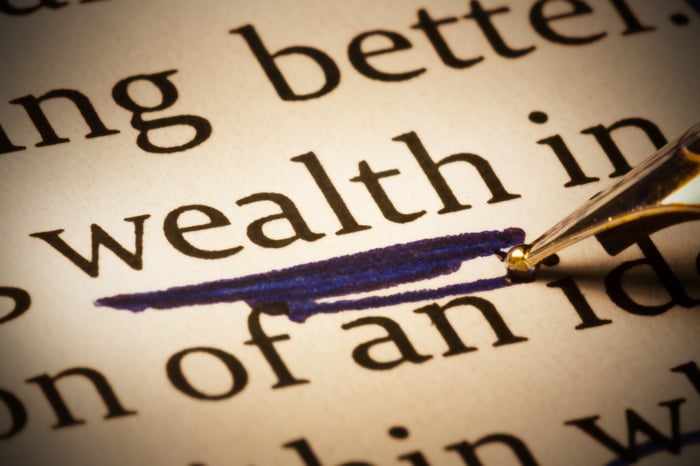 Costco has a well-earned reputation for providing just about any goods or services that you want. Often, it buys large quantities to save money, allowing it to offer lower unit prices to its members. Typically, the company provides high-quality offerings, and it has a generous return policy.

High quality combined with value pricing is working -- it has consistently had around 90% renewal rates and adds paid members annually. For the latest fiscal year, which ended on Aug. 30, 2020, there were 58.1 million members compared to 47.6 million five years ago.

It is not merely adding members without regard to improving results, either. Costco has also consistently grown its sales and earnings over the years. It has a string of annual same-store sales increases, including 9% last year after excluding the effects of gasoline price changes and foreign exchange translations. Operating income was $5.4 billion, 50% higher than 2016's $3.6 billion.

Showing no signs of the momentum slowing, Costco's second-quarter comps increased by 12.9%. Operating income edged up by about 6% to $1.3 billion, held back due to factors like higher gas prices that will likely prove fleeting. That's because management has its eyes on long-term returns, and its sales momentum shows no signs of slowing down.

Dollar General, despite its name, prices its offerings up to $10. More than 75% of its sales come from the consumables category. This includes basic items like paper towels, trash bags, cereal, milk, and eggs. Its low prices bring customers in the door.

However, management provided cautious guidance for this year. It expects comps to fall by 4% to 6%, although this comes after a particularly strong 2020 that was boosted by the pandemic causing people stuck at home to rush out to buy necessities. With affordable prices, undoubtedly its sales growth will resume.

Both are proven performers. Dollar General has shown it does well in various economic environments, but really shines during tough times when more people shop at its stores. The economy is showing signs of improvement as governments distribute vaccination shots, restrictions continue getting lifted, and people spend their economic stimulus payments, which could crimp near-term sales growth.

Costco consistently does well, drawing more members through its high-quality selections at low prices. That makes it the winner of this investment battle.