Please ensure Javascript is enabled for purposes of website accessibility
Log In Help Join The Motley Fool
Free Article Join Over 1 Million Premium Members And Get More In-Depth Stock Guidance and Research
By Rick Munarriz - May 12, 2021 at 7:05AM

Three out-of-favor stocks that have shed more than half of their earlier highs could be ready to bounce back.

Low stock prices can get even lower. We've seen that happen with the recent sharp correction in growth stocks. A lot of stocks that once had promise and momentum have fallen out of favor. Is that opportunity knocking or a door that should remain locked?

SmileDirectClub (SDC 6.79%), Root (ROOT -5.94%), and AMC Entertainment (AMC -4.01%) are all trading in the single digits. At one time they were wooing investors as disruptors, but now they've all shed more than half of their peak values as of Monday's market close. Let's see why they have a shot to bounce back. 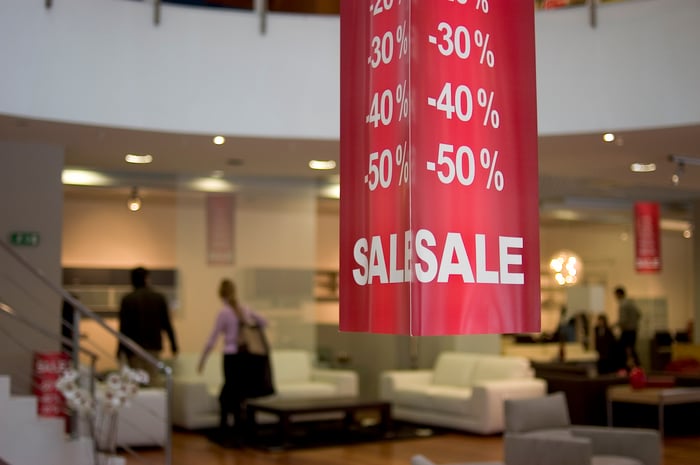 Dentistry and orthodontics are old-school industries ripe for disruption, so it was interesting and a bit unnerving for orthodontists when SmileDirectClub arrived on the scene. Using teledentistry and remotely generated teeth molds, SmileDirectClub offers a cheaper way to straighten teeth with clear dental aligners through a direct-selling model.

The pandemic was rough for many service and cosmetic industries, even though in retrospect it probably was the best time to fix one's teeth when folks were donning masks. Sales growth finally turned positive after three quarters of negative top-line growth, and the runway is encouraging. SmileDirectClub sees an average of 20% to 30% in revenue growth through the next five years, approaching adjusted EBITDA margin of 25% to 30% by the end of that period. Investors aren't smiling right now, with the stock a little more than half below its January all-time high, but they should get the last laugh as stimulus checks and money saved during the downturn get put to good use in straightening teeth as we head back to work, classes, and social settings.

Broken IPOs are everywhere these days, but some of them can potentially be fixed. Root hit the market at $27 last year, and you know things aren't going well if it finds itself on a list of stocks trading in the single digits these days. Root was hoping to be a hit with investors as the country's first licensed auto insurance carrier powered entirely by mobile.

This is a massive addressable market. The U.S. auto insurance market was pegged as a $266 billion industry last year. Even a modest slice can off nicely for Root if it succeeds. The model itself is unique. Root leans on smartphones' inherent features to determine whether a driver is too risky -- as in turning corners too fast or slamming on the brakes. It also uses data and machine learning to dictate rates, ultimately doing away with the bias of credit scores and demographics that give the industry a bad name.

Root's not perfect. It's posting steep deficits. The percentage of premiums collected it's paying out to cover claims is improving, but still well above the industry average. Some drivers may also resent having telematics track their driving performance to arrive at a fair price for insurance. The bullish case is that Root is now a better, smarter, and larger company than it was when it hit the market with its IPO at $27 just six months ago.

Seeing the country's largest multiplex operator on this list may seem odd, leaving you with two questions: Is AMC really down, as technically it has more than quadrupled in 2021? And is AMC Entertainment a disruptor?

We can tackle the price action first. Outside of a brief burst as a "meme stock" when it popped its head above $20 in late January, AMC has spent most of the past year in the single digits. Technically, it has been cut in half from that high-water mark. Pass the popcorn.

As for AMC's being disruptive -- and not disrupted -- I would argue that AMC has gained momentum against its rivals through the pandemic. When Regal Cinemas, its closest rival, shuttered for the second time last year, AMC remained open to take its lumps with small audiences and a pipeline of B-list films. However, AMC has made the most of the downtime to beef up its mobile concession ordering and seat selection technology. AMC has also been aggressive in pushing rentals of entire multiplexes for groups of 20 or less, helping it generate high-margin revenue in spaces that were being underutilized before.

Yes, AMC has tackled on a lot of debt and a lot of shares. Movie studios also aren't going to kill premium streaming now that day-and-date digital releases have created an incremental revenue stream. There's still going to be a lot of pent-up demand for the big-screen releases that studios have pushed out to later this year, when the corner multiplex could get busy again. AMC will survive the industry shakeout, and it will emerge as a more high-tech player than you probably think.