Please ensure Javascript is enabled for purposes of website accessibility
Log In Help Join The Motley Fool
Free Article Join Over 1 Million Premium Members And Get More In-Depth Stock Guidance and Research
By Rich Smith – May 13, 2021 at 11:34AM

Investors can't quite make up their minds about shares of Plug Power (PLUG 3.85%) this week.

After the company released its first-quarter earnings update Monday evening, warning of a revenue miss for the quarter but reiterating its longer-term financial targets, investors first sold the stock off ... then bought it back again the next day ... then sold it again on Wednesday. 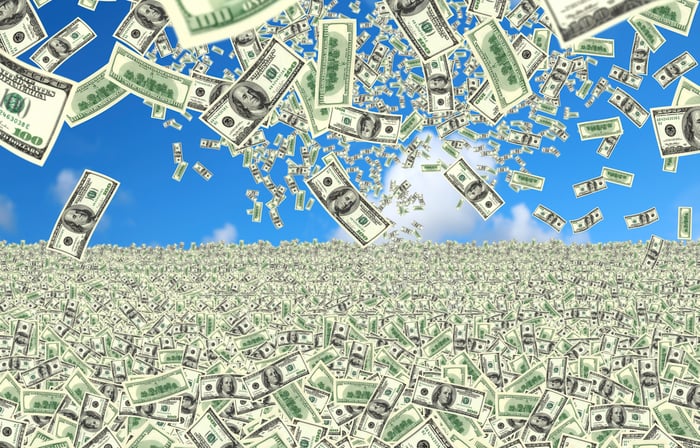 Let's consider a couple of numbers that may help give you some context: $10 trillion and $200 billion.

In Monday's update, Plug Power reiterated its objective of grabbing "a meaningful share of the $10T+ hydrogen economy." And if hydrogen fuel cells are really going to generate $10 trillion in annual sales some day, then Plug's promises to generate sales of just $475 million in 2021, $750 million in 2022, and $1.7 billion in 2024 actually sound quite reasonable -- and are a good reason to bid Plug up.

Of course, Plug Power's not doing anywhere near that level of business currently. Its trailing-12-month sales are actually negative, and it's losing money hand over fist (a good reason to sell the stock). But investors can forgive a lot of bad news in the short term if the long term will end with a $10 trillion opportunity -- a good reason to buy it back again.

But Plug may not even need to prove out the $10 trillion thesis to be worth owning. Consider: In a note in Investor's Business Daily today, J.P. Morgan hypothesizes that the overall market opportunity in fuel cells may not be anywhere near as big as $10 trillion, but it might still exceed $200 billion.

Currently, if you add up the trailing-12-month sales of all four of the major fuel cell stocks -- Plug, Ballard Power Systems, Bloom Energy, and FuelCell Energy -- the total comes to less than $1 billion, according to S&P Global Market Intelligence data. And that means that even if J.P. Morgan's more conservative $200 billion estimate is the correct one, then the hydrogen fuel cell industry can still grow to more than 200 times its current size before it's done.

That's a lot of room for growth. And it could be the reason Plug investors are buying back in today.