Please ensure Javascript is enabled for purposes of website accessibility
Log In Help Join The Motley Fool
Free Article Join Over 1 Million Premium Members And Get More In-Depth Stock Guidance and Research
By Chuck Saletta - May 17, 2021 at 10:30AM

If you really want to be a long term investor, you need to look for companies that have a good shot of surviving well into the future.

When you invest with the intent to hold on to a company's shares for the long haul, you think about it differently than you do if you're just buying for an attempt at a quick trade. You start to care more about how sustainable its operations are and how well protected it is against an economic downturn or changes in consumer preferences. You also start to think about its growth opportunities in terms of what it needs to invest and how long it will take to get there.

In short, you start thinking like a business owner instead of a stock trader. The perspective that a long-term focus provides can go a long way toward helping you find companies you'd like to own forever. While forever is a long time and a lot can change between now and then, going into an investment with an intent to hold it forever is a great way to keep your focus on businesses that are built to last. With that in mind, here are three stocks that I hope I will never have to sell. 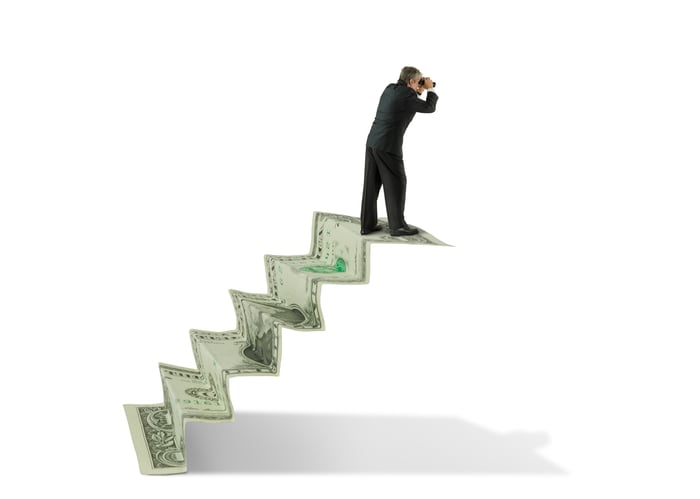 Enbridge (ENB 1.06%) is in the business of moving energy in the form of oil, natural gas, and related products around via is network of pipelines. As the largest energy infrastructure company in North America, its operations are critical to powering the continent. Indeed, look no further than the recent gasoline challenges in the Southeast, where the Colonial Pipeline shut down over a ransomware attack, to see what happens when pipeline services are disrupted.

Even looking beyond the near term, the U.S. Energy Information Agency projects that oil and natural gas are expected to be a critical -- and growing -- part of the nation's energy mix for decades to come. That bodes well for the long-term future of pipeline companies like Enbridge.

Of course, pipelines are not without controversy. They're a popular target of NIMBY -- Not in My Back Yard -- protests from people who aren't comfortable with the infrastructure being built, particularly near where they work or live. They're also a popular target of environmentalists, though that is a tougher argument to make, given that the alternative ways of transporting energy aren't necessarily better for the environment.

Somewhat ironically, that controversy works in favor of large, established pipeline companies like Enbridge. After all, they already have infrastructure in place, and the controversies that make it tougher to build new capacity makes Enbridge's existing pipelines that much more valuable.

Critical infrastructure? In demand for decades to come? Built-in moat against competition? Check! Check! Check! Add it all together, and Enbridge is a stock I hope to be able to own for a very long time. Insurance is the business of pricing risk. The thing about risk is that while it can be estimated and statistically projected, the specifics are not generally knowable until they actually happen. That means that even professional risk managers have to account for the possibility that something goes wrong that they hadn't expected.

That's where Prudential Financial (PRU 3.11%) shines. The company is so focused on being rock solid that it uses the Rock of Gibraltar as its corporate logo.  It backs up that logo with a balance sheet designed to enable it to handle a lot of unexpected risks. It has over $400 billion in cash and bonds as assets on its balance sheet  in support of over $60 billion of net equity.

When insurance companies underestimate the cost of the risks they take on, they rely on their balance sheets to cover the overage. Prudential Financial's balance sheet is strong enough that a lot can go wrong above and beyond what it's already projecting and the company can still wind up fine. That's what makes it a stock worth considering for a long-term hold.

Of course, there's a downside to having such a conservative mindset focused on strength and stability. That downside is that it is hard to grow quickly. Indeed, Prudential Financial is expected to deliver only modest earnings growth over the next five years. Still, those low expectations bring with them a reasonable valuation of around 0.7 times its book value and around 9 times its expected earnings. The combination of modest growth and reasonable valuation should give investors a good reason to believe they can potentially earn a decent total return over time. 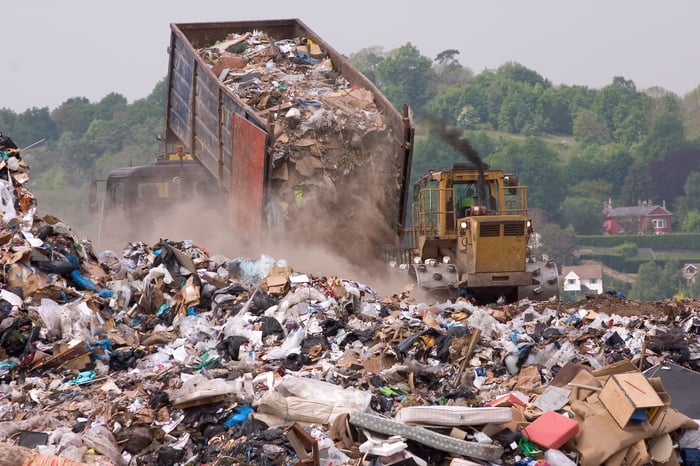 Similar to energy transportation, waste processing is an industry where scale and being an established player matters a lot. After all, nobody wants a landfill in their backyards, which means that existing landfills have a built-in advantage just by already existing. Similarly, as environmental risks become better understood, the larger players in the industry are likely to have better resources to cover the mitigation costs.

That's what makes Waste Management (WM 0.10%) such a compelling long-term investment. The largest company in the industry in the United States, Waste Management has both strong existing infrastructure and the scale to handle the ever-changing landscape around waste.

Beyond just garbage processing, Waste Management is the largest collector of recyclable materials in the United States and Canada  and also runs a fairly substantial waste-to-energy operation. Operating in those adjacencies helps make sure Waste Management remains relevant even as consumers shift away from purely disposing of their trash.

After all, even if we get to a world where everything is both recyclable and actually recycled, there will still be a need to collect, transport, and process the waste to make it usable again. Who would be in a better position to operate those services than the company that's already the largest in that industry? That makes Waste Management a business worth considering for the very long-term future, even if the current mix of its business will likely change over time.

Enbridge, Prudential Financial, and Waste Management may be in different industries, but what they all have in common is that they're built with the long term in mind. If your investment strategy revolves around looking for companies you may never have to sell, you could do far worse than considering any of these three businesses. They may not be the fastest-growing companies on the planet, but they all look capable of lasting for many decades to come.

Roses Are Temporary, but This Stock Trio Is Forever