Please ensure Javascript is enabled for purposes of website accessibility
Log In Help Join The Motley Fool
Free Article Join Over 1 Million Premium Members And Get More In-Depth Stock Guidance and Research
By Rich Duprey - May 17, 2021 at 10:00AM

It would be the second biggest Hong Kong listing this year, but less than what the e-commerce giant originally planned.

JD Logistics, the transportation and logistics arm of JD.com (JD 2.60%), is set to hit the market this week in an initial public offering that could see it fetch $3.4 billion.

The IPO would be the second biggest listing this year in Hong Kong behind the launch of a Chinese viral-video app, but the Financial Times reports the offering price is about 25% lower than what was originally hoped for. 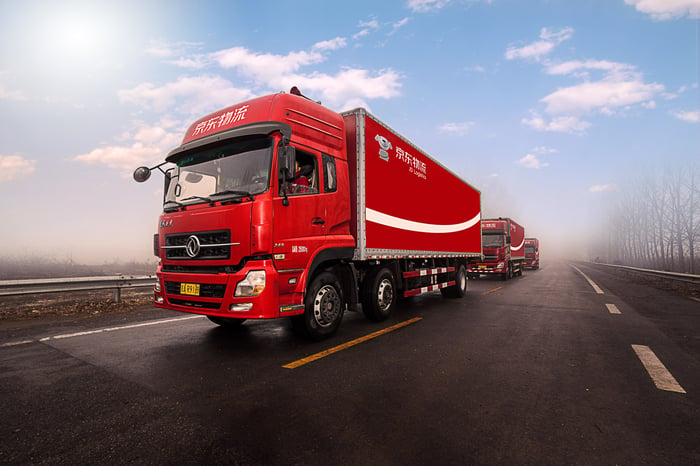 According to the Times, JD Logistics is looking to sell 609 million shares for between $5.07 and $5.58 per share when it sets the terms on Friday, with an anticipated trading date beginning on May 28.

As e-commerce took shape and grew in China, JD.com created the logistics division in 2007 before spinning it off into a stand-alone business in 2017. The transportation and delivery business served to separate JD from its larger rival Alibaba Group Holding, which relies upon third-party delivery operators for its logistics function, but only those in which it owns a stake.

JD.com has been trying to pare down its far-flung operations to raise cash by spinning off various units into separately traded public companies. Last year, JD Health had its IPO, and the parent company had planned to spin off JD Digits, its fintech unit, in an offering that sought to raise $2.9 billion. But the listing lapsed as China tightened regulatory oversight of the financial sector.