Please ensure Javascript is enabled for purposes of website accessibility
Log In Help Join The Motley Fool
Free Article Join Over 1 Million Premium Members And Get More In-Depth Stock Guidance and Research
By Rich Smith - May 17, 2021 at 1:50PM

Election results are sending shares down. 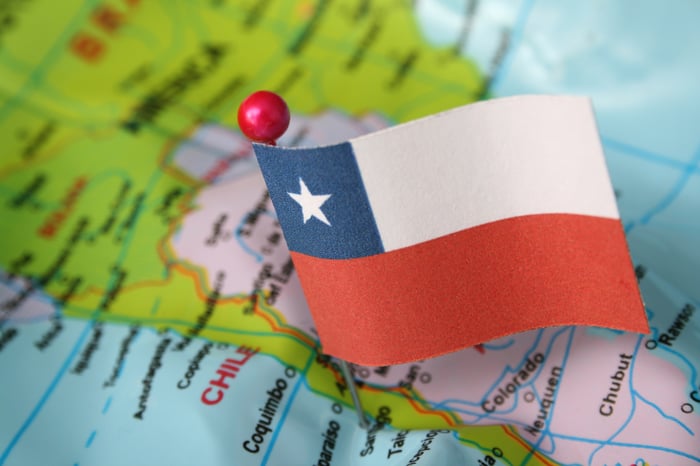 As Reuters reported this morning, candidates from Chile's ruling center-right coalition failed to win one-third of the seats in a vote to form a new body that will rewrite Chile's constitution. With 90% of votes counted, independents are likely to control a majority, while candidates backed by President Sebastian Pinera's center-right Chile Vamos coalition won only about one-fifth of the seats. Changes to the constitution can be passed with a two-thirds majority. Therefore, Chile Vamos needed to win at least one-third of the votes cast to be certain that it could block any constitutional changes that would be deemed "radical" (i.e., unfriendly to corporations). And it didn't get those votes.

Adding to investor worries, Reuters notes that concurrent local elections across the country are going poorly for the ruling coalition, which could bode ill for its chances of winning upcoming general and presidential elections in November.

What does this mean for investors? Some of the changes to constitutional law being proposed include greater protections of private land and water rights for citizens (which could threaten investors in the mining sector, which makes up about 10% of Chile's economy). Changes to Chilean labor law have also been proposed, and if those increase the cost of labor, this could have far-reaching effects across the country.

All that being said (and despite today's drastic stock market reaction to the electoral news), change is not imminent. Once installed, representatives to the new body might spend as much as a year debating and amending Chile's constitution, after which the whole result will be subject to a nationwide vote. And if rejected, the new constitution will never take effect, with the current one remaining in place.