Please ensure Javascript is enabled for purposes of website accessibility
Log In Help Join The Motley Fool
Free Article Join Over 1 Million Premium Members And Get More In-Depth Stock Guidance and Research
By Kailey Hagen - Updated May 21, 2021 at 9:32AM

If you see it as a get-rich-quick scheme, it's probably not for you.

Dogecoin (DOGE -14.69%) might be the most attention-grabbing crypto right now, but even its creator, software engineer Billy Markus, doesn't think it's worth investing in. He sold all his Dogecoin in 2015 to buy a used Honda Civic. But that's just one guy's opinion, right?

With all the buzz around the cryptocurrency, it's natural to wonder if you should invest even a small amount in it. It's a personal decision, but if any of the scenarios below apply to you, you should probably stay as far away as possible. 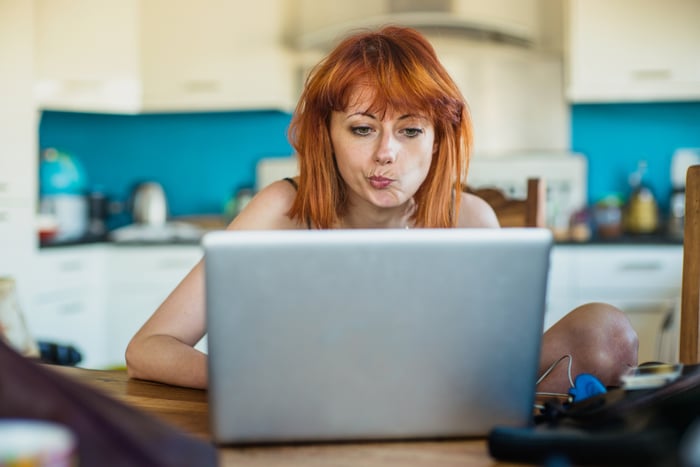 1. You don't have any emergency savings

Building an emergency fund should be a much higher priority for you than investing in Dogecoin -- or anything else for that matter. Investing in stocks or cryptocurrency is risky. Prices change minute to minute, and even though you might gain in the long term, that's often punctuated by short-term losses.

If an emergency expense comes up when your investments are down, you might have to sell when you don't want to and live with the consequences. And if you sink all your money into Dogecoin and its price plummets in the future, you could lose it all, leaving you with nothing to fall back on in an emergency.

Set aside at least three months of living expenses in a cash emergency fund, or six if you want to be extra safe. Keep this money in a savings account and only use it for unplanned expenses. Always replenish your fund after you use it so you're ready for the next emergency.

2. You're saving your money for a major purchase

You shouldn't invest any money you expect to use within the next five to seven years, for the reasons discussed above. When you invest, you no longer have money. You have shares, or tokens in the case of cryptocurrency. Market fluctuations affect the value of those shares or tokens, and you don't have any control over that. If you need to get cash to pay for your financial goals at a specific time, you have to sell your investment right then, regardless of whether it makes you money or costs you money.

If you don't want to leave your savings languishing in a savings account, you could try a certificate of deposit (CD) to earn a slightly higher interest rate. But you shouldn't invest that money. Only invest funds you won't need anytime soon.

3. You don't know what Dogecoin is or how it works

If your answer to the question "What is Dogecoin?" is something along the lines of "a cryptocurrency Elon Musk tweets about" or "this investment everyone on the internet is talking about," you don't know enough about Dogecoin to make an educated decision on whether or not it's a smart investment for you. So you should probably just stay away from it.

It's important to have at least a basic understanding of how cryptocurrency works before you invest in it. And with so many versions out there today, you need to know what distinguishes each one (apart from memes) to determine which ones might be worth investing in and which ones aren't.

Otherwise, you're just investing blindly. If you're not one of the lucky ones who cashes out at just the right time, you'll end up losing a lot of money when the social media hype-makers move on to something else.

If you're interested in investing in Dogecoin, you need to set aside some time to read about cryptocurrency, how it works, and the pros and cons of investing in this relatively new technology. Then, you need to learn about Dogecoin specifically and how it compares to other popular cryptocurrencies, like Bitcoin. Only after you've done that can you really make an informed decision on whether it's a good investment for you.

Investing always involves risk, but some risks are bigger than others. Cryptocurrency is a relatively new concept, and Dogecoin has only stopped being a joke within the last few months, so it's a much bigger risk than investing in solid companies that have been around for decades.

If you prefer to stick with a tried-and-true approach to wealth, follow Billy Markus' strategy and invest in an S&P 500 index fund. This instantly gives you part ownership in the 500 largest companies in the U.S., and historically it has offered solid returns over the long run at a very low price. If you want to become wealthy, it's a much safer bet than Dogecoin.