Please ensure Javascript is enabled for purposes of website accessibility
Log In Help Join The Motley Fool
Free Article Join Over 1 Million Premium Members And Get More In-Depth Stock Guidance and Research
By Ryan Henderson - May 24, 2021 at 7:30AM

When people closest to the business start buying, it's worth paying attention.

Less than a month ago Activision Blizzard (ATVI -0.07%), the parent company of the gaming studios King, Blizzard, and Activision, reported first-quarter earnings and blew out expectations.

In the conference call following the report, management hinted at its long-term vision, garnering some excitement from investors. One of those investors happens to be someone who knows the company quite well. Let's see why this longtime board member was buying shares last week. 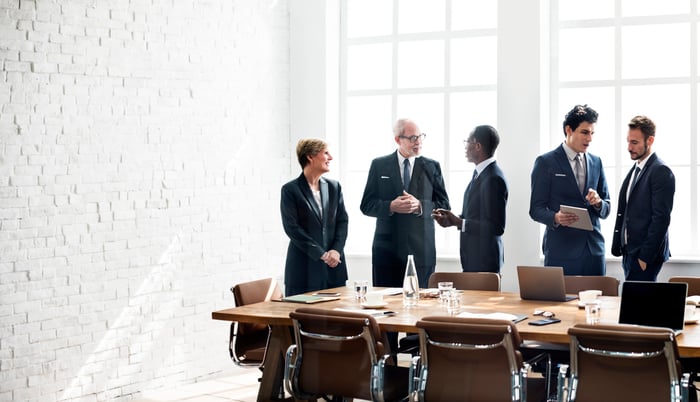 Before digging into the possible reasoning behind the stock purchase, it's worth taking a look at what actually happened.

Peter Nolan has served on Activision Blizzard's board of directors since 2013, and according to the company's latest proxy statement, Nolan owned almost $16 million worth of Activision stock at the end of 2020. Though Nolan has bought stock in the past, some of that ownership is likely attributable to his equity-based compensation as a board member.

However, despite already having a sizable stake in the game publishing giant, last week Nolan added an additional 22,000 shares at prices ranging between $93.42 to $95.62. This purchase equates to roughly $2 million worth of shares, which would be a nearly 12.5% increase from his prior position. While this might seem trivial compared to Activision's $73 billion total market cap, it likely leaves investors wondering, why now?

There's an old mantra in investing that insiders often sell shares for a multitude of reasons, but only buy shares for one -- they see it as a good investment.

Over the last two years, Activision Blizzard has seen a complete revival of its popular Call of Duty franchise. In its most recent quarter, the title crossed 150 million monthly active users across its various modes.

Though in the past Call of Duty has been similar to other video games with long development cycles and a pay-to-play model, the company recently found a way to evolve the franchise to more modern gaming habits. Driven by Warzone, its free-to-play battle royale mode, and Call of Duty Mobile, which just reached a total of 500 million downloads in the first quarter, the franchise has tripled its monthly user count over the last two years.

In the first-quarter conference call, CEO Bobby Kotick stated that the company wants to apply the Call of Duty template to its other proven franchises as well. By taking beloved longtime titles and applying them to new systems, Activision is able to widen its potential audience and expand its various fan bases. Through the company's other prominent titles such as Diablo, Overwatch, and World of Warcraft, Activision Blizzard should be able to broaden its user base and achieve its long-term goal of 1 billion players.

Driven by the recent success of Call of Duty, Activision Blizzard's overall first-quarter operating income has grown by 179% in the last two years alone, and the company's trailing-12-month free cash flow (the amount of true cash a company generates) now totals roughly $2.9 billion -- double what it was a year ago.

However, despite the strong financial performance, Activision Blizzard's stock currently trades at a price-to-free cash flow ratio of just above 25 times --  a seemingly cheap valuation relative to the company's track record of growth. Additionally, the company boasts a net cash position of more than $6 billion and a small dividend for shareholders.

But instead of buying back stock as many traditional companies with a large cash pile would, Activision has committed to reinvesting back into the business for growth. The company stated that it plans to hire more than 2,000 developers and even triple some of its teams by the end of next year.

While Mr. Nolan's exact motive for buying more shares is unknown, it's probably safe to assume that he saw what many other shareholders are seeing: A company trading at a reasonable price, that looks poised for enduring growth as it redeploys a proven strategy to its extensive portfolio of value-rich franchises.