Please ensure Javascript is enabled for purposes of website accessibility
Log In Help Join The Motley Fool
Free Article Join Over 1 Million Premium Members And Get More In-Depth Stock Guidance and Research
By Katie Brockman - May 24, 2021 at 11:19PM

Ethereum's price may be dropping, but that's not necessarily a bad thing.

Cryptocurrencies have had a tough time recently. After reaching its peak of around $4,200 per token in mid-May, the price of Ethereum (ETH -1.26%) has plummeted by more than 40% over the past week.

However, the current crypto crash doesn't necessarily mean it's a bad time to buy. If you've done your research and have decided you're interested in investing in Ethereum, it can be a smart move to buy when the price is lower. This way, you can get more for your money and potentially see greater gains if the price bounces back.

Before you dive in, though, it's important to make sure you know what you're getting into. Cryptocurrency is unlike any other type of investment, so there are a few things you should know before you buy Ethereum. 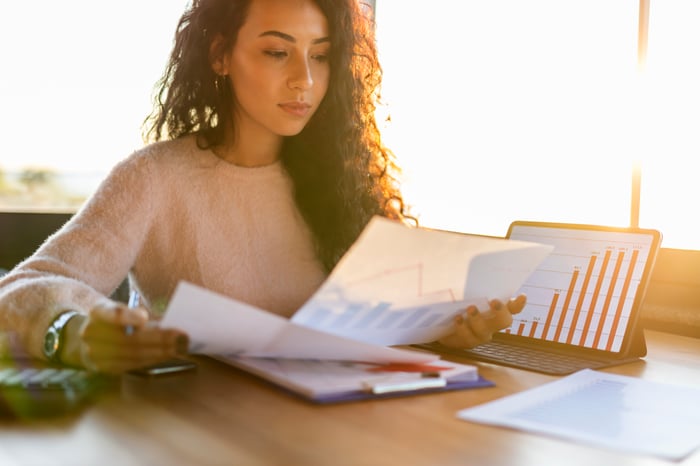 1. How it differs from Bitcoin and other cryptocurrencies

First, it's important to distinguish the difference between Ether and Ethereum. While the two names are often used interchangeably, technically Ether is the actual token, and Ethereum is the blockchain technology behind the cryptocurrency. It's not possible to invest directly in Ethereum, but you can buy Ether like you would buy Bitcoin (BTC -1.16%) or any other type of cryptocurrency.

Ether isn't as widely accepted as Bitcoin, which puts it at a disadvantage. However, Bitcoin is incredibly energy-intensive. In fact, both regulators and investors have expressed concern over Bitcoin's environmental impact, and Tesla recently announced it would no longer accept Bitcoin as a form of payment because of environmental concerns.

Developers of Ethereum, however, are working on an update to the technology that will make it far more energy-efficient. Ethereum 2.0 will be released later this year, and it's expected to use around 99.95% less energy than the current technology.

2. It is subject to extreme volatility

As we've seen over the past week, cryptocurrencies are no stranger to volatility. Before you invest in any cryptocurrency, think about how much risk you can tolerate.

Would you lose sleep if your investments suddenly plummeted by 50%? What about 80%? Throughout 2018, the price of Ether dropped by more than 90%, so it's possible to experience drastic downturns with this investment. 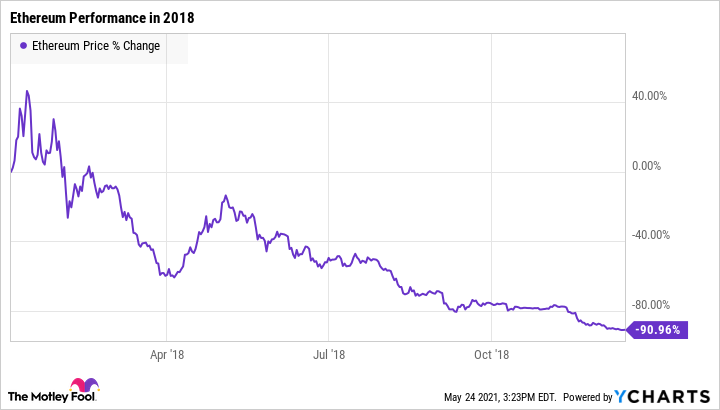 Of course, the price of Ether did bounce back after 2018, but there's no guarantee it will always recover. It can be tough to stomach this much volatility, so be sure you have a high tolerance for risk before you invest.

For any cryptocurrency to succeed over the long term, it needs to have utility in the real world. While some currencies may see their prices increase in the short term as more investors jump on the crypto bandwagon, if they don't serve any real purpose, they won't be around for long.

The good news is that Ether does have a few advantages over its competitors. The Ethereum blockchain is used for a variety of cryptocurrencies, and it's also the foundation for decentralized finance and nonfungible tokens (NFTs). Blockchain itself has the potential to revolutionize the way data is stored, and Ethereum is a major player in that industry.

Because Ethereum has potential in several different ways, that gives it a leg up on its competitors. And since many of Ethereum's applications may require the use of Ether, if Ethereum succeeds, Ether's utility would increase as well. It's still a risky investment, but the more utility a technology has, the more likely it is to become more widely accepted over time.

Ethereum's price may be falling, but that doesn't necessarily mean you shouldn't invest. Just be sure you've done your homework and have a high tolerance for risk so that you're as prepared as possible.

Buy the Rumor, Sell the News: Why Ethereum's Merge Presents a Buying Opportunity

What The Merge Might Mean for Your Ethereum Holdings