Please ensure Javascript is enabled for purposes of website accessibility
Log In Help Join The Motley Fool
Free Article Join Over 1 Million Premium Members And Get More In-Depth Stock Guidance and Research
By Neil Patel - May 25, 2021 at 7:57AM

Investors will benefit from owning this category leader over the long term.

There's been a lot of chatter lately about the threat of higher inflation and for good reason. An unprecedented amount of government stimulus, rising consumer demand coming out of the pandemic, and tight supply chains have all resulted in fears of higher prices.

A way for investors to combat this, though, is to seek out companies that have pricing power. Businesses that have historically been able to charge customers more over time can limit the negative impact inflation may have on operations.

I believe Netflix (NFLX -1.64%) is one such company that could ease investor concerns here since it has the makings of a forever stock. 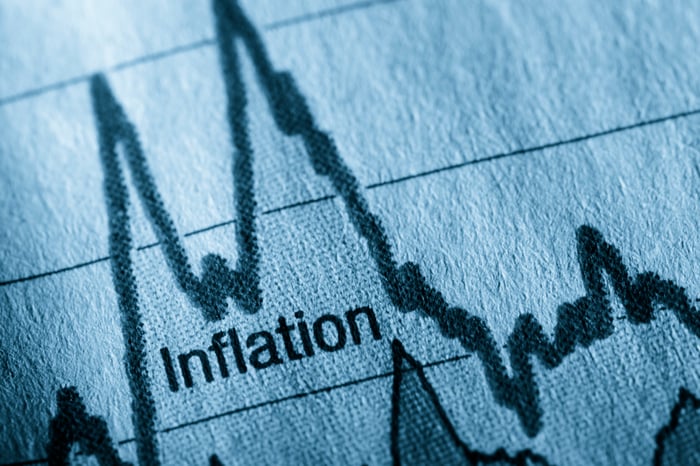 Netflix isn't shy about asking its members to pay more for its service. The streaming entertainment pioneer has a long history of occasionally raising prices, most recently in October of last year. That's when the business added $1 and $2 to the monthly cost of its standard and premium plans, respectively.

Investors usually cheer at this type of news, as it most likely doesn't result in many cancellations. In the most recent quarter (ended March 31), member churn was actually down compared to the first quarter of 2020. And while the number of global paid memberships rose 13.6% year over year, revenue jumped 24.2%.

"We're just delivering more value to our members. And if we do that well, then we can occasionally go back and ask them to pay a little bit more to keep that positive cycle going," COO and Chief Product Officer Greg Peters mentioned on the earnings call.

Even the premium plan , at $17.99 a month, gives viewers access to a $26 billion content catalog. That's a massive value proposition by any measure.

Netflix's average revenue per user (ARPU) is an important metric to track as a way to assess the company's pricing power. In three of its four regions (representing a total of 169.7 million, or 81.7%, of total subscribers), ARPU increased between 9% and 11% in Q1 2021 compared to the prior-year period.

The business has so far demonstrated that the value it offers to consumers still exceeds the monthly price. This bodes well for Netflix over time because it still has untapped pricing power that it can lean on when it needs to.

Own Netflix for the long haul

Warren Buffett once said that "the single most important decision in evaluating a business is pricing power."

Sure, there are times when consumers are stuck without any other options and are forced to pay higher prices for services (traditional cable TV comes to mind). However, a company that continuously reinvests in its product offering in order to provide greater value to customers has the makings of a sustainable winner.

Consumers choose to pay higher prices for Netflix's service, and that's the key point. Co-CEO and Co-Founder Reed Hastings was convinced a long time ago that streaming was the future of video entertainment, and he was proved right.

Today, Netflix has nearly 208 million worldwide members thanks to its first-mover advantage. Plans to spend $17 billion in cash on content in 2021, far more that its peers, will keep the business in the driver's seat as the cord-cutting trend continues, particularly in international markets.

Over the past year, Netflix has significantly underperformed the broader S&P 500 index, and the stock currently trades at a forward price-to-earnings (P/E) ratio of 39. While this may seem like an expensive multiple, keep in mind that Netflix is still growing at breakneck speed, has a huge opportunity in overseas markets to gain customers, and is about to start producing sustainable positive free cash flow. That's a reasonable price to pay for such a high-quality stock that has already proven its worth.

Worries about inflation are certainly warranted in the current economic environment, so investors must look for great companies that possess pricing power, which is the holy grail of business characteristics. Netflix fits this description.