Please ensure Javascript is enabled for purposes of website accessibility
Log In Help Join The Motley Fool
Free Article Join Over 1 Million Premium Members And Get More In-Depth Stock Guidance and Research
By Rich Duprey - May 26, 2021 at 6:15AM

Many investors hope to find a stock that they'll be able to ride from ultra-cheap levels to massive growth. That's one reason why penny stocks can be so tempting to some: After all, if a stock is trading in that under-$5-a-share range, relatively small gains in terms of dollars and cents can amount to large percentage increases. If a penny stock you're invested in delivers results that move it up by several dollars per share, or tens of dollars even, the profits can be life-changing.

That seems to be the outcome some investors are looking for with Genius Brands (GNUS 1.18%), a children's media company currently trading for around $1.50 per share. It owns the advertiser-backed video-streaming platform Kartoon Channel! and holds licenses for numerous characters from comic book genius Stan Lee as well as Sonic the Hedgehog, Pac-Man, and others. And it has developed a big following on stock discussion boards.

The company has a habit of churning out breathless press releases hyping its latest deals — but does it really have what it takes to grow into something special for investors? 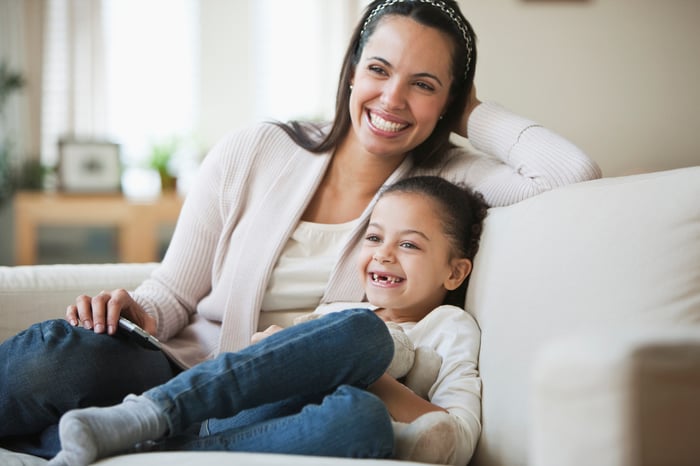 Certainly on the surface, Genius Brands has potential. Kartoon Channel! launched last June, and when its Superhero Kindergarten action-adventure cartoon series debuted in April, it garnered millions of views over its opening weekend.

That series, which has content designed to promote health and fitness, and which features the voice talent of Arnold Schwarzenegger, had attracted more than 16 million views by the time Genius Brands reported quarterly earnings less than a month later. The company also has a deal with Shaquille O'Neal to produce an animated series to be called Shaq's Garage. (He also reportedly became an investor in Genius Brands.)

The streaming channel is available on satellite, cable, and smart TV platforms including iOS, Android, Amazon.com's Fire TV, and Roku. Genius says its content under license now stands at over 2,500 episodes.

It also ended the quarter with $143 million in cash and no long-term debt on its balance sheet.

As mentioned before, Genius Brands is too often given to hyperbole. In promoting its deal with Stan Lee's Pow! Entertainment, for example, the company recounted the "Billions and Billions and Billions of dollars of motion picture box-office, television, video games, and consumer product licensing" the comic creator has generated for Disney's (DIS 3.30%) Marvel over the years as a prelude to its own arrangement to create the "Stan Lee Universe."

Yet the characters it will be developing are not Iron Man, Spider-Man, or their ilk. Rather, they are characters Lee created after his deal with Marvel Entertainment, including Lucky Man, Politenessman, and Alter Ego. If you're asking yourself, "Who are they?", you're not alone.

Genius Brands also sometimes has a hard time meeting the goals it sets for itself. Last year, a toy line for its Rainbow Rangers brand was supposed to launch in partnership with toymaker Mattel (MAT 1.60%) and be sold at Walmart. It never materialized, and last month, the agreement was terminated.

While those stock sales were what allowed the company to eliminate all of its long-term debt, they flooded the market with shares and stock warrants. The most recent of those moves took place just a few months ago, when it exchanged warrants from one set of holders for another. It received $57 million from the exercise of the earlier warrants, but recorded a non-cash expense of $69.1 million in granting the new warrants.

Short-sellers don't think much of Genius Brands. Citron Research last year panned it as "the lowest form of retail investor," while Hindenburg Research basically says that, at best, the media company overpromises and underdelivers.

Could Genius Brands develop into a millionaire-maker stock? It seems doubtful. Its revenue is too sketchy, despite its recent acquisition of a public relations, marketing, and media company. Its habit of hurting its shareholders through stock dilution and the excess of showmanship displayed by its CEO indicate that it may not grow into much of anything.

Certainly it's possible Genius Brands could prove its doubters wrong, generate significant profits, and become a successful investment. But I wouldn't risk much money on this media stock, and I don't believe it will turn anyone into a millionaire.