Please ensure Javascript is enabled for purposes of website accessibility
Log In Help Join The Motley Fool
Free Article Join Over 1 Million Premium Members And Get More In-Depth Stock Guidance and Research
By Alex Carchidi - May 27, 2021 at 7:37AM

The company's path forward is different than its competitors'.

Successful investors tend to bring a different perspective to their art in comparison to the less experienced. Rather than focusing on the short term, the most skilled investors have an expansive view of things, and their understanding of the worth of individual companies is dramatically different as a result.

In particular, it's easy to see how a successful investor might approach Tilray (TLRY 4.67%), a Canadian cannabis company that's among the industry's leading contenders. Especially if you're keeping an eye on Tilray's stock to consider a purchase, you shouldn't miss out on these three items. 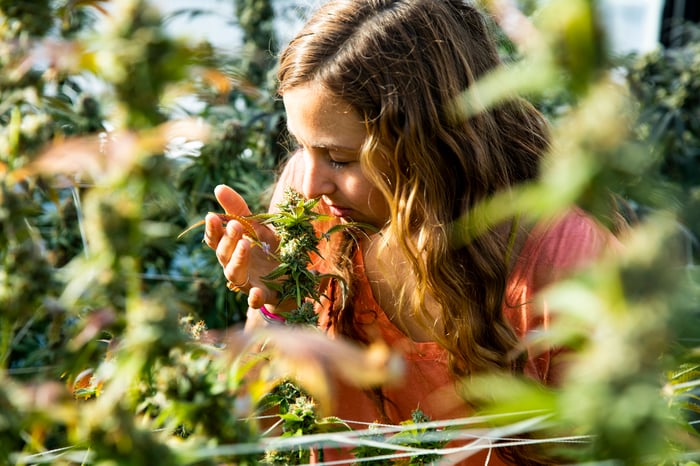 Tilray isn't anywhere near being profitable, and it won't be for quite some time. In the short term, that's just fine, as establishing its presence in key markets and growing revenue are more important.

Successful investors realize that the risk premium paid for buying a stock before it's firmly profitable can be substantial in the long run. If Tilray is profitable two years from now, the market will likely respond more favorably to an equivalent amount of revenue growth. Plus, once the company has captured some market share in the right locations and in the right product segments, it'll have a lot more cash coming in to use as leeway for becoming more efficient.

In terms of making progress toward profitability, it also has a couple of things for investors to look forward to. Based on its recent merger with Aphria alone, management expects to experience more than $78 million in cost savings over the next two years. That could be significant when paired with economies of scale in cultivation, given that trailing operating expenses are around $250.4 million.

2. Narratives are important, but buzz can be a bust

Since the announcement of its plans to combine with Aphria in 2020, Tilray has been building the narrative that it would be the largest global cannabis company by revenue once the transaction closed. As the company hasn't issued an earnings report since the merger was realized, it's difficult to evaluate whether this narrative is as true today as when it originated. Still, it's hard to dislike the prospect of investing in a company that has a credible claim of being the biggest fish in the ocean. As long as this narrative lives on, it'll be a big point in Tilray's favor.

At the same time, Tilray is a hot cannabis stock. Retail investors talk about it on the commons of social media, and 14 Wall Street analysts have estimated a price target for it. But the capricious nature of the market makes it no surprise that the buzz is already fading, and trading volume is now nowhere near its heights earlier in the year.

Smart investors know that hype and trading volume aren't always favorable for a stock's price, and they often have little to do with a company's long-term competitive prospects. It's more important for Tilray to keep growing and maintain its reputation as the largest operator, which is a signal that prospective buyers will recognize as part of its value.

3. The U.S. isn't the only cannabis market that matters

The largest markets aren't always the most lucrative to compete in (though they often are). Almost by definition, large markets tend to have a lot of competitors, and their size isn't always a guarantee of growth.

With an estimated value of $61 billion in 2020, the U.S. is a massive market for cannabis that's growing even larger with the advent of legalization. But, it isn't the only country where people want to buy marijuana products. In fact, it isn't even Tilray's primary market at the moment. The company is estimated to own at least 17% of the Canadian market right now, but it also competes in the EU, which is where it could see the most rapid growth.

By 2025, the research firm BDS analytics estimates that the European cannabis market will be worth nearly $3.9 billion. The largest geographic segment in the EU is in Germany, where Tilray already has a growing presence that's quickly becoming more formidable with new brand launches and cultivation facilities. The company's Portugal-based facilities are quite favorable for its EU strategy, as it enables low-cost exportation to other countries in the same economic bloc. So, while it'll support revenue growth for it to compete in the U.S. in the future, it's hardly necessary for its long-term financial health.