Please ensure Javascript is enabled for purposes of website accessibility
Log In Help Join The Motley Fool
Free Article Join Over 1 Million Premium Members And Get More In-Depth Stock Guidance and Research
By Daniel Miller - May 28, 2021 at 4:21PM

Investors were excited by a new agreement before regaining their cool.

Shares of Foresight Autonomous Holdings (FRSX 5.88%), a company specializing in the development of automotive vision systems, jumped as much as 20% higher Friday, before giving back much of those gains, after the company announced the signing of a joint proof of concept (POC).

Foresight announced on Friday the signing of a joint POC with an American subsidiary of a leading European auto manufacturer to test the former's stereoscopic technology abilities. The core idea is to see if Foresight's auto vision technology can enhance the vehicle manufacturer's existing active vehicle safety features without needing additional sensors or other infrastructure alterations. The joint venture will work in two phases. The first phase will be a simple feasibility test, and the second will be a simulation and real-life test. 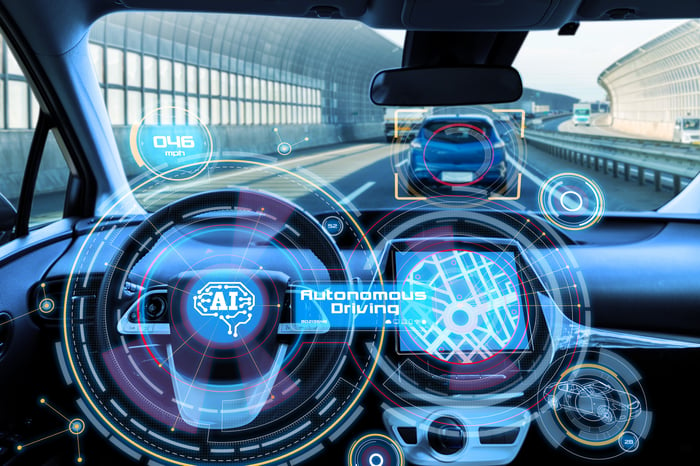 What investors need to take away from this development is that the project and joint venture itself isn't large. The total expected consideration for the proof of concept is roughly $120,000. But the larger implications are just that -- very large. If Foresight's vision technology can be applied to Level 2 and Level 3 autonomous vehicle systems and potentially bump them to the next level, that is a massive leap in ability with little effort and cost for manufacturers racing toward driverless vehicles. The potential benefit for Foresight's business is tantalizing, which is probably why the stock popped 20% initially, before the markets realized that we really have no clue how this project will end. But it's certainly worth keeping an eye on, and it makes Foresight an intriguing investment opportunity in the automotive industry.