Please ensure Javascript is enabled for purposes of website accessibility
Log In Help Join The Motley Fool
Free Article Join Over 1 Million Premium Members And Get More In-Depth Stock Guidance and Research
By Selena Maranjian - May 29, 2021 at 5:40AM

These companies have a lot of room for growth -- and they could take you for quite a ride.

High-growth stocks can be riskier than average stocks, as they are frequently trading at steep valuations. Still, they sometimes trade at reasonably attractive levels, so it can be well worth it to keep an eye on growth stocks you'd love to own by maintaining a watch list.

Here's a quick look at three contenders for berths in your portfolio. See which ones interest you and dig deeper into any that do. 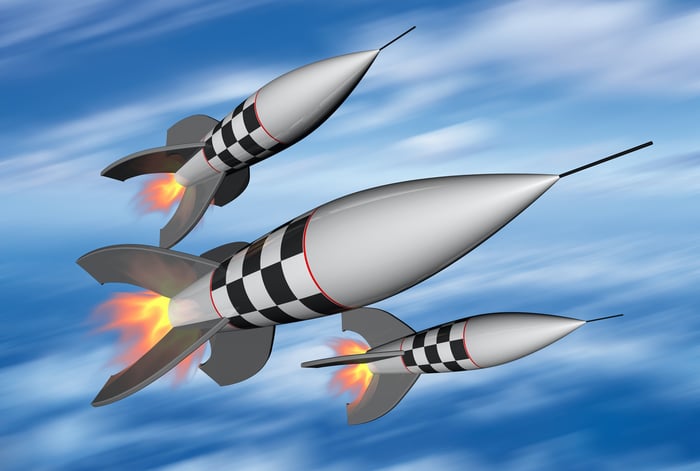 In these pandemic days, there has been a lot of interest in companies that make COVID-19 vaccines and companies that are otherwise involved in fighting the disease or preventing it. Quidel (QDEL) is one such company, as it's a major player in the testing arena. Its trajectory has changed recently, though. It roughly quadrupled as the pandemic took hold and COVID testing was in great demand.

Now that we're in the mass-vaccination phase of the pandemic, though, tests are less in demand -- and many investors have lost interest in Quidel. Indeed, shares were recently down more than 60% from their 52-week high.

Investors shouldn't be so hasty to dismiss the company, though, because testing isn't going away. There may be less testing going on, but Quidel equipment in doctors' offices will still be used to test for COVID-19 when patients present symptoms and the virus needs to be ruled out. Remember that COVID-19 may not be going away soon, either -- there are many variants out now, and some speculate that the disease may always be with us, as the flu is.

Meanwhile, Quidel does offer other kinds of testing, such as for the flu and strep, addressing "a wide range of infectious diseases, cardiac and autoimmune biomarkers," and it's introducing at-home testing, as well. Management has said in a company presentation that it expects an 18% growth rate in non-COVID business between 2019 and 2024. With a recent price-to-earnings (P/E) ratio in the single digits, Quidel deserves your attention. 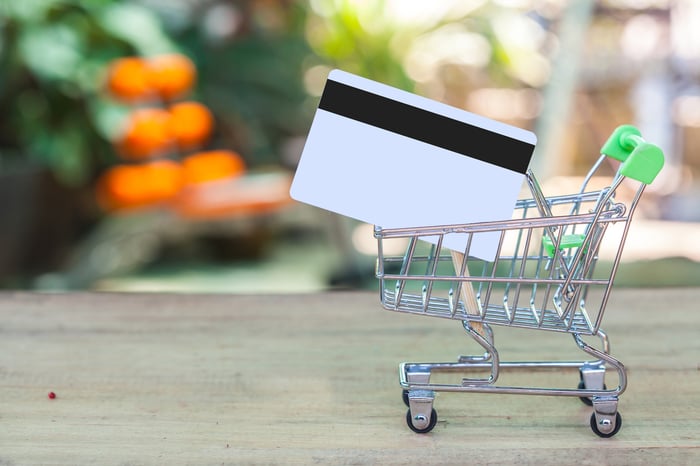 The online marketplace Etsy (ETSY -5.47%), best known for handmade and vintage offerings, should be a more familiar name than Quidel -- but though you've heard of it, you may not have been paying attention to it as a stock. It's been a solid performer for quite a while: Founded in 2005, it posted more than $10 billion in gross merchandise sales in 2020 and recently sported 4.7 million sellers and 90.7 million active buyers. In its first quarter of 2021, gross merchandise sales popped 128% year over year, while revenue surged 141%.

Like other online marketplaces, Etsy saw traffic grow during the height of the pandemic, as most people shopped online. That traffic might abate to some degree as America and other nations emerge from their respective lockdowns, but Etsy will still be a prominent destination for shoppers -- and now for more of them, as many people got introduced to the company last year, often in the process of searching for and buying masks.

With a recent P/E ratio near 48, Etsy's shares don't look as cheap as Quidel's. But its market value was recently only around $21.5 billion. If you can imagine the company being worth much more in the coming years, you might want to take a closer look at this retailer. 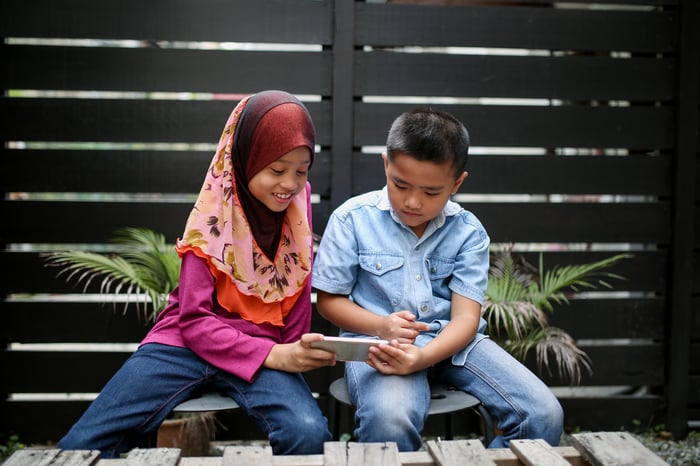 Zynga (ZNGA) is the company behind many successful mobile games -- such as CSR Racing, Empires & Puzzles, Toon Blast, Toy Blast, Words With Friends, and Zynga Poker. It also has a Harry Potter-themed game out and will soon be rolling out a Star Wars-themed game, along with FarmVille 3 -- the latest iteration of its popular FarmVille franchise.

It recently bought the game developer Rollic, which has launched the popular games High Heels! and Blob Runner 3D, among others. It has also acquired the Echtra game company, which is likely to help it offer its games across multiple platforms, and Chartboost, which can help it better monetize its offerings.

In its first-quarter conference call, management noted that international revenue was up 67% year over year, adding that, "...audiences in China are responding to our hypercasual games with High Heels and Blob Runner 3D, both reaching the No. 1 top 3 downloaded games position in the China app store." Clearly, with international expansion, multiplatform games, and improved monetization, Zynga has plenty of growth drivers.

Zynga's stock doesn't appear inexpensive, with a P/E ratio recently near 144, but its forward-looking P/E, based on next year's expected earnings, is only 44, reflecting substantial expected growth. The company's market value was recently $11.5 billion -- which is fairly low compared to, say, video game specialist Activision Blizzard and its market cap of $75.5 billion. While Activision Blizzard's price-to-sales ratio was recently 8.8, Zynga's was 4.9.

See which of these growth stocks interest you and consider adding them to your watchlist, so that you can pounce if their prices fall to levels you like. Some of them might even appeal to you right now.

Why Bank of America, Boeing, and Zynga Slumped Today