Please ensure Javascript is enabled for purposes of website accessibility
Log In Help Join The Motley Fool
Free Article Join Over 1 Million Premium Members And Get More In-Depth Stock Guidance and Research
By Selena Maranjian - May 30, 2021 at 7:12AM

Dividends can deliver powerful income streams -- especially if they sport fat yields like the 2.3%, 4.4%, and 7.1% ones from these companies.

We all need income to live on, and most of us get it through our jobs. But we probably won't be working for the rest of our lives -- at least, that's not the ideal plan. So some other income streams will be necessary in retirement.

Most retirees will have Social Security income to look forward to, but it's not likely to be enough, and few of us will have pension income from former jobs. So it's up to us to save and invest and set ourselves up with other income streams. Dividend-paying stocks are a great strategy, as healthy and growing companies will keep paying out those checks to shareholders no matter what the stock market is doing -- and ideally, their share prices will appreciate over time, as well.

Here are three dividend payers to consider for your portfolio. 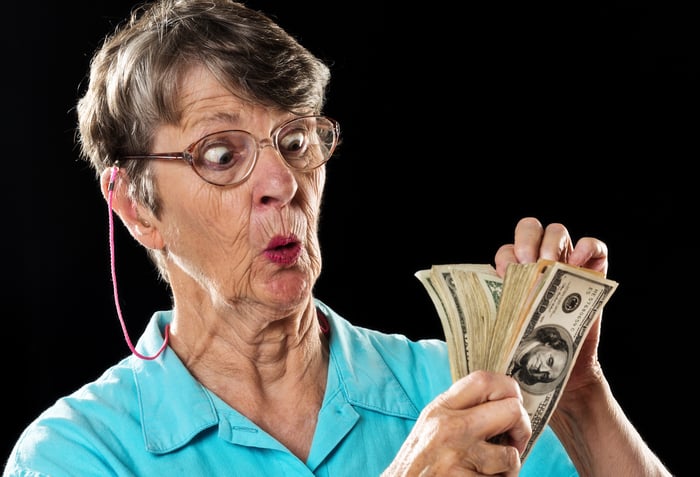 Verizon Communications (VZ 0.42%) is familiar to everyone -- a massive (130,000-plus employees globally) telecom company with a recent market value north of $230 billion and a dividend yielding 4.4%. Its biggest division is its consumer group, offering wireless and wireline connections -- more than 94 million of them -- and 13.3 Fios digital connections, generating close to $23 billion in the recent first quarter alone. The corresponding enterprise division sports more than 26 million connections and generated $7.8 in first-quarter revenue.

Verizon recently unloaded its AOL and Yahoo properties for about $5 billion, while spending much more on adding spectrum, which will help it improve its 5G network. Bears worry about Verizon's considerable debt load, but it's not necessarily so worrisome because that debt sports low interest rates and the company is churning out a lot of free cash flow.

In the first-quarter results announcement, management noted: "In first-quarter 2021, Verizon made payments of approximately $45 billion to the FCC for spectrum won at the recently completed C-Band auction. To finance this purchase, the company raised $12 billion in fourth-quarter 2020, and more than $31 billion in March 2021."

A focus on diversity was also noted: "As part of its $25 billion U.S. financing, Verizon worked with nine firms that are either minority-owned, women-owned, or veteran or disabled veteran-owned, adding to its long history of partnering with diverse firms on capital market transactions."

Verizon isn't a stock you can add to your portfolio and then forget about, because that nice dividend payout might be threatened if it doesn't execute its plans well, such as building out its 5G network and offering higher-speed services to residences and businesses. In the meantime, its dividend is rich.

T. Rowe Price (TROW -0.04%) is an 84-year-old financial powerhouse, managing more than $1.5 trillion in assets. Given its long-term success, it certainly seems to be doing things right.

One thing to like about it is that its portfolio managers have an average of 22 years of investment experience and have been with the company an average of 17 years. That low turnover suggests that the company treats its workers well and values experience.

It's still open to new ideas and change, though, gaining permission in 2019 to offer actively managed exchange-traded funds (ETFs), which have become very popular in recent years. Those ETFs are likely to drive more growth, and the company's assets under management have already been growing at an average annual rate of 12% over the past decade, with the total stock return averaging 13% annually over the past 20 years.

While investors who like to steer clear of debt-heavy companies might avoid Verizon, they can embrace T. Rowe Price with open arms, as it sports negligible debt and generates ample free cash flow.

T. Rowe Price pays a dividend yielding a respectable 2.3%. Better still, its dividend has been growing at a solid clip, increasing by an annual average of 15% over the past five years. Indeed, the company has upped the payout for some 34 consecutive years. 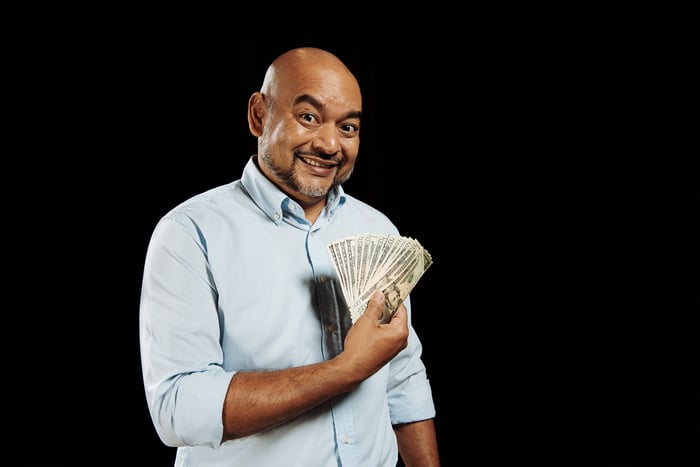 If you're in the market for a very fat dividend, consider Lumen Technologies (LUMN -1.16%), which was recently yielding 7.1%. You might remember it by its former name, CenturyLink -- it got its new moniker in a 2020 rebranding. It's best known for its network of fiber that spans some 450,000 miles -- what it calls the "4th industrial revolution."

It's often the case that when you see an unusually fat dividend yield, it's because the stock has fallen, with the underlying company facing challenges. That's true of Lumen, which offers networking, cloud, and security services, among other things. Its dividend was cut by more than 50% in 2019.

The company has been saddled with a lot of debt, but it's been paying that down -- from around $36 billion in 2018 to near $32 billion more recently -- and refinancing at lower interest rates. It's been posting losses in recent years, but they've been shrinking -- though revenue has been shrinking, too. Its last quarter featured net income of $475 million, up 51% from year-ago levels.

Upon releasing first-quarter results, management explained that it plans to leverage "one of the world's largest and most powerful fiber-based networks, to drive growth in both core fiber-based network services, as well as adjacent services such as security and edge computing that are greatly enhanced by our fiber network. The demand for these services is growing, and we're investing into and are well positioned to grow with that market."

Lumen is the kind of investment you'll need to keep an eye on, to see how successfully it builds its fiber network and many services into a robust and healthy long-lasting business. While you wait, it's offering a very attractive dividend.

These are just three of the many compelling dividend-paying companies out there. If any of them intrigue you, dig a little deeper into them and see if they deserve a berth in your portfolio. However you do it, with one or more of these stocks or others, be sure to give strong consideration to including powerful dividend-paying stocks in your retirement portfolio.

The 10 Highest-Yielding Dividend Stocks on the S&P 500 in May -- Which Are the Best Buys?

Why The Fresh Market, CenturyLink, and Cisco Systems Jumped Today