Amazon is adapting to changes in the digital advertising market.

Amazon (AMZN -0.99%) recently confirmed to advertising trade publication Digiday that it plans to launch its own third-party cookie tracker. The move could prove to be a significant boon for the company's fast-growing digital advertising platform and comes after Alphabet's (GOOG -0.07%) (GOOGL -0.14%) decision to change the way that user data can be collected through its Chrome web browser.

Amazon's upcoming identifier technology will be limited to the company's advertising ecosystem, so it won't be able to replace the breadth of tracking functionality being lost with Chrome. But the e-commerce and cloud computing company is rapidly gaining market share in the digital ad space, and supplying useful new tools should help it continue to gain ground. It's unclear when Amazon's advertising identifier might launch. 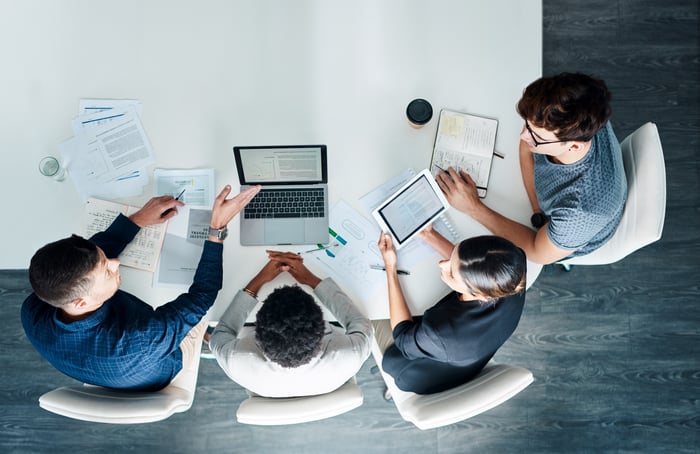 Alphabet's leading positions in the browser, search, and mobile operating spaces have made the company a powerhouse in the digital ads market. But these strengths have also raised antitrust concerns, and the company is facing regulatory pressure in the U.S., the European Union, and other markets. It is changing its approach to cookie tracking in response to these conditions, and the shift could create opportunities for Amazon despite also creating some initial hurdles to clear.

Amazon's advertising business still trails far behind Alphabet's and Facebook's respective ventures, but the e-commerce giant is rapidly gaining ground in the territory and already ranks as the third-largest digital ads platform in the U.S. Advertising is shaping up to be a substantial growth driver for Amazon through the next decade and beyond, and the company's market-leading e-commerce platform and analytics expertise have it in good position to continue quickly gaining market share.