Is the streaming music leader a better bet than the disruptive "un-carrier"?

Many people use Spotify (SPOT 0.73%) and T-Mobile's (TMUS 1.98%) services every day. Spotify is the world's top streaming music platform in terms of paid subscribers, and T-Mobile became the second-largest wireless carrier in America after merging with Sprint last April.

Growth-oriented investors might initially favor Spotify, since telecom companies often generate tepid returns. However, T-Mobile is actually growing faster than Verizon (VZ 0.83%) and AT&T (T 1.27%), and its stock has rallied nearly 50% over the past 12 months as Spotify's stock has risen about 30%. 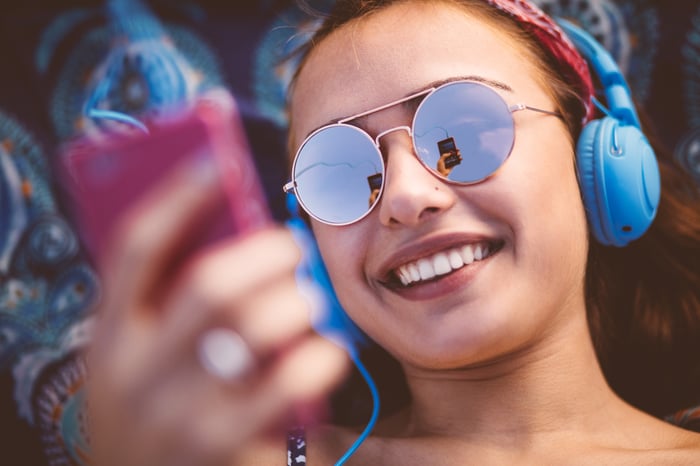 Let's see why T-Mobile generated bigger gains than Spotify, and if it will remain the stronger investment throughout the rest of the year.

Spotify's monthly active users (MAUs) grew 24% year-over-year to 356 million last quarter. Its total number of premium subscribers, who accounted for 90% of its revenue, rose 21% to 158 million. The remaining 10% of its revenue came from its ads for free listeners.

Its subscription-based revenue remained stable throughout the pandemic last year, but its ad revenue tumbled in the second quarter as companies postponed their ad purchases. Its ad sales subsequently recovered, but continued to grow at a slower pace than its subscription revenue.

That stabilization is encouraging, but the bears will argue there's no way for Spotify to ever generate a profit -- especially as fierce competitors like Apple and Amazon prevent it from raising its subscription fees to balance out its rising content costs. Spotify is expanding its podcast and ad studio platforms to widen its moat, but those efforts will require even more spending and generate unpredictable returns. 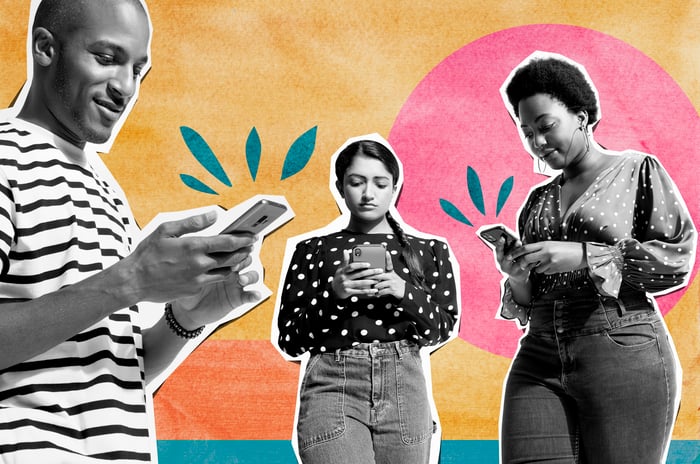 As T-Mobile executed these disruptive strategies, AT&T bit off more than it could chew with its debt-fueled purchases of DirecTV and Time Warner, while Verizon wasted billions of dollars in a failed attempt to build an online media and advertising business with Yahoo and AOL's assets.

After merging with Sprint, T-Mobile surpassed AT&T as America's second-largest wireless carrier. Its 5G network now offers about 33% more coverage across the country than AT&T and Verizon's combined 5G networks.

T-Mobile's revenue surged 60% to $36.3 billion in 2020 as it integrated Sprint's assets. It's currently moving Sprint's customers to its own network, and expects the merger to generate $2.8 billion to $3.1 billion in synergies this year.

Its revenue rose 75% year-over-year to $10.3 billion in the first quarter of 2021, its last full quarter before it laps the Sprint merger. Analysts expect its revenue to increase 17% this year and 3% next year.

T-Mobile's earnings growth should be bumpier, due to the high costs of expanding its networks and integrating Sprint's subscribers. Analysts expect its earnings to decline 18% this year before rising 50% next year, while T-Mobile expects its adjusted EBITDA -- which excludes a lot of those one-time costs -- to dip 6%-7% this year.

Spotify is still a good speculative bet on the streaming music market, but it still has a lot to prove. T-Mobile's stock is a bit pricey, but it has much clearer plans for its future than AT&T or Verizon.

Based on these facts -- and the market's current preference for stable stalwarts over unprofitable growth stocks -- I believe T-Mobile will continue to outperform Spotify for the rest of the year.