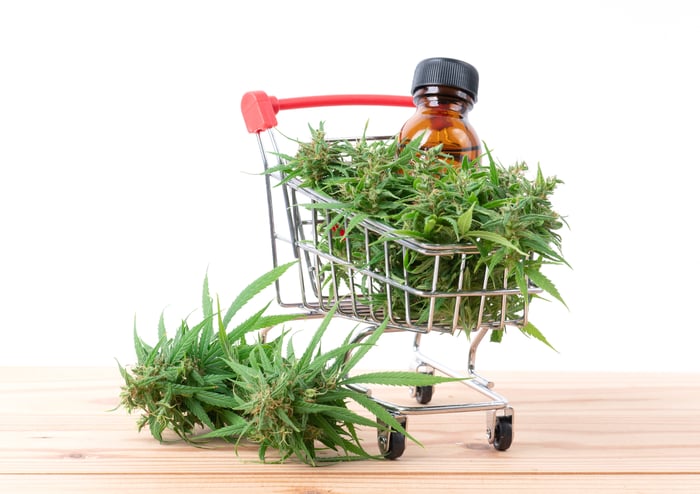 Yesterday, in a surprise announcement, Amazon declared its support for proposed marijuana legalization in the United States.

Buried deep within a post on the company's "AboutAmazon" blog, that primarily discussed workplace efficiency initiatives, Amazon Worldwide Consumer CEO Dave Clark said the company's "public policy team will be actively supporting The Marijuana Opportunity Reinvestment and Expungement Act of 2021 (MORE Act)," with the goal of legalizing marijuana at the federal level, and expunging records of criminal marijuana offenses as well.

Furthermore, Reuters reports that Amazon has advised it will "no longer screen its job applicants for marijuana use for any positions not regulated by the Department of Transportation."

These two developments -- leniency on Amazon's part in regard to employee marijuana use, and a push to officially legalize marijuana at the national level -- would probably have sufficed in and of themselves to give marijuana stocks a boost today. But on top of all the above, Clark further expressed the hope that "other employers will join us" in this effort, "and that policymakers will act swiftly to pass this law."

It seems Amazon is trying to start a movement in the corporate world. But why?

Well, here's one theory: In an aside that investors in marijuana stocks and in Amazon stock alike might want to take note of, Reuters observed that Amazon "does not allow marijuana sales on its platform."

Will Amazon Invest in the Marijuana Industry?