Please ensure Javascript is enabled for purposes of website accessibility
Log In Help Join The Motley Fool
Free Article Join Over 1 Million Premium Members And Get More In-Depth Stock Guidance and Research
By Adam Levine-Weinberg - Jun 3, 2021 at 8:15AM

Two of Gap's brands are hot and two are not.

That said, only two of the company's four brands are pulling their weight: Old Navy and Athleta. With Gap stock trading near a multiyear high, this could be a good time for shareholders to take some money off the table.

Gap's biggest brand drove the bulk of this growth. Old Navy's sales jumped 27%, compared to the first quarter of 2019, lifting the brand's sales to nearly $2.3 billion, up from $1.8 billion two years ago. Old Navy thus accounted for more than half of the company's sales last quarter -- and more than 100% of its growth relative to fiscal 2019. 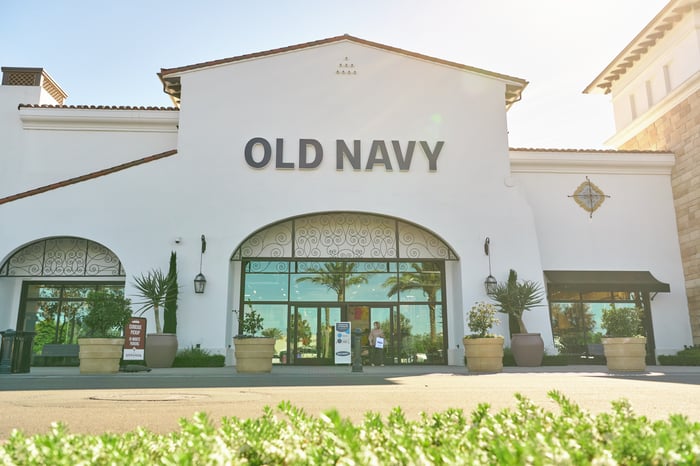 By contrast, sales for the Gap and Banana Republic brands declined 16% and 29%, respectively, relative to Q1 2019. Management is trying to pivot toward casual styles at Banana Republic, but the brand's traditional focus on work attire continues to weigh on its results.

Profitability improving, but perhaps not enough

Gap's solid sales growth helped it significantly improve its profitability compared to the past two years. The company's adjusted operating margin reached 7.4% last quarter, up from 3.5% two years earlier. As a result, adjusted earnings per share (EPS) doubled to $0.48. The analyst consensus had called for a small loss. 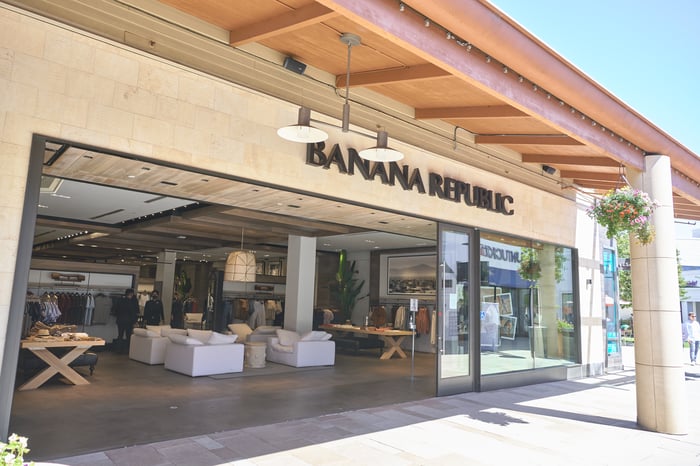 Thanks to its strong first-quarter results, Gap lifted its full-year adjusted EPS guidance to a range of $1.60 to $1.75, up from $1.20 to $1.35 previously. The apparel retailer also boosted its annual sales forecast and now expects top-line growth to exceed 20%.

That said, back in 2014 -- before the so-called retail apocalypse began -- Gap posted an 11.7% operating margin in the first quarter. It remains a long way from matching that historical level of profitability. Furthermore, the company projects that its full-year operating margin will land around 6% this year, lower than its first-quarter result and far short of its 10% target for fiscal 2023.

Is management biting off more than it can chew?

If Gap can sustain its recent pace of sales growth -- or perhaps even accelerate its growth rate as the economy reopens -- while hitting its 2023 margin target, Gap stock could continue rising. After all, that would imply annual operating profits of nearly $2 billion by 2023. And despite the stock's huge rally over the past year, Gap's enterprise value currently sits at $12.2 billion. 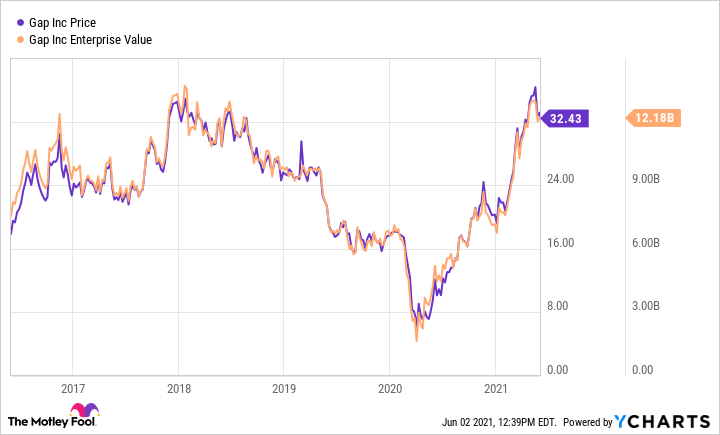 However, if Gap can't meet its margin target this year -- when its two top-performing banners are seeing abundant demand -- perhaps the 2023 target is unrealistic. The laggard Gap and Banana Republic brands will have to perform better for the company to meet its goals. Both brands were already struggling long before the pandemic came along.

As a result, management is spending a lot of effort trying to turn around Gap and Banana Republic. This includes a dubious plan to launch a Gap-branded home furnishings collection at Walmart and a challenging attempt to introduce more casual styles at Banana Republic. Frankly, both turnaround plans seem like distractions.

Old Navy and Athleta together accounted for 66% of Gap, Inc.'s sales last quarter. Those brands represent the company's future. Gap should try to sell the Gap and Banana Republic brands so that management can devote its attention to making sure Old Navy and Athleta achieve their full sales and margin potential. For now, the company's lack of focus makes Gap stock too risky to be a good buy.