Please ensure Javascript is enabled for purposes of website accessibility
Log In Help Join The Motley Fool
Free Article Join Over 1 Million Premium Members And Get More In-Depth Stock Guidance and Research
By Christy Bieber - Jun 5, 2021 at 6:22AM

They might have impacted your pocketbook, but did you notice?

Social Security is a program every American should understand. Current workers pay into it now to secure their future. And retirees receive money from it to help them fund their lifestyle.

But many people don't really know exactly how Social Security works, or how the program changes from year to year. In fact, two important changes happened in 2021, and you might not even be aware of them. 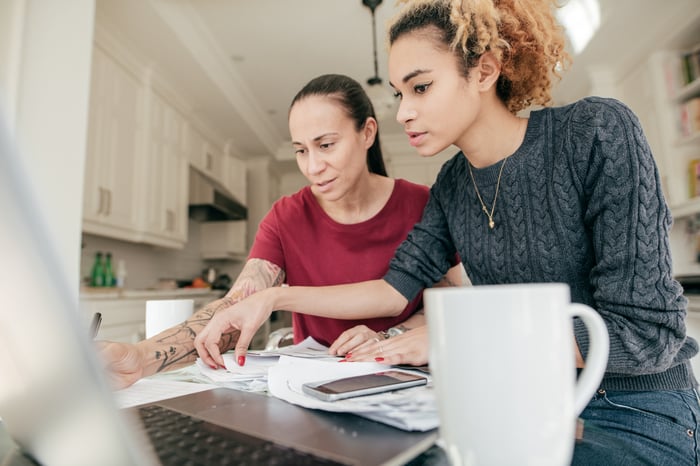 In 2021, Social Security retirees saw a 1.3% benefit increase. This occurred because of a cost of living adjustment, or COLA. These happen in most years when the Consumer Price Index for Urban Wage Earners and Clerical Workers shows that prices rose from year to year.

While COLAs are supposed to ensure Social Security benefits don't lose buying power, they haven't done a great job of it -- and retirees have actually seen their benefits lose 30% of their value over the past two decades.

In fact, this year's raise was so small, some retirees might not have even noticed -- especially since a recent study showed more than six in 10 saw their checks go up by less than $15 per month.

While retirees may be on track to get a larger bump in 2022 due to rising inflation, the periodic changes that result from COLAs often simply don't do enough to make a meaningful difference in most seniors' budgets.

2. Social Security payroll taxes went up for a small number of Americans

There was another change that happened this year, which the majority of Americans are unaware of: an increase in the wage base limit.

The wage base limit is the maximum amount of wages subject to Social Security tax. In 2020, it was $137,700. But in 2021, it went up to $142,800. Most Americans likely didn't notice this change, though. That's because it impacts only a small percentage of people who have earnings above the limit.

Everyone who earned under $137,700 in 2020 already paid Social Security taxes on the entire amount of money they made at their jobs. But for those with an income above this amount, they received some income that wasn't subject to Social Security tax at all. The increase in the wage base limit to $142,800 means they'll pay taxes on up to $5,100 more income.

The wage base limit exists because Social Security benefits are directly based on average wages earned over the course of your career. But the program isn't designed to pay out tens of thousands of dollars in monthly benefits to people with very high salaries. As a result, there's a limit on the amount of wages that are taxed and, in turn, there's a maximum benefit based on annual limits.

President Joe Biden wants to make a change to this system by imposing Social Security taxes on income above $400,000. That would create a doughnut hole, so wages between $142,800 and $400,000 would go untaxed and then earnings above this threshold would again be subject to Social Security taxes. However, he would also change the rules so those who paid on their higher earnings wouldn't get bigger benefits as a result of the extra taxes.

It's not clear that Biden will be able to get this change through Congress. But because of how the wage base limit works, wealthier Americans are already paying a little more this year than last year and could pay a little more next year and beyond.

While millions of Americans probably didn't notice either the change caused by the COLA or by the rising wage base limit, both are ultimately important to understand because they provide insight into how Social Security benefits are funded and how they provide for retirees.