Please ensure Javascript is enabled for purposes of website accessibility
Log In Help Join The Motley Fool
Free Article Join Over 1 Million Premium Members And Get More In-Depth Stock Guidance and Research
By Manali Bhade - Jun 5, 2021 at 5:27AM

These fundamentally strong stocks are much better bets than the over-hyped Dogecoin.

But Dogecoin is extremely volatile, and is not backed by any asset. Its rally has been mainly fueled by Reddit hype and celebrity endorsements. Dogecoin has no significant competitive advantage over other cryptocurrencies -- be it transaction fees or payment speeds. Retail investors should stay away from such speculative investments to safeguard their portfolios from extreme ups and downs.

Instead, I have three companies in mind that are riding huge secular tailwinds and can grow dramatically in the coming months -- all without significantly increasing your portfolio risk. Let's see why PayPal Holdings (PYPL 2.01%), Lemonade (LMND 5.29%), and Novocure (NVCR 4.09%) fit the bill. 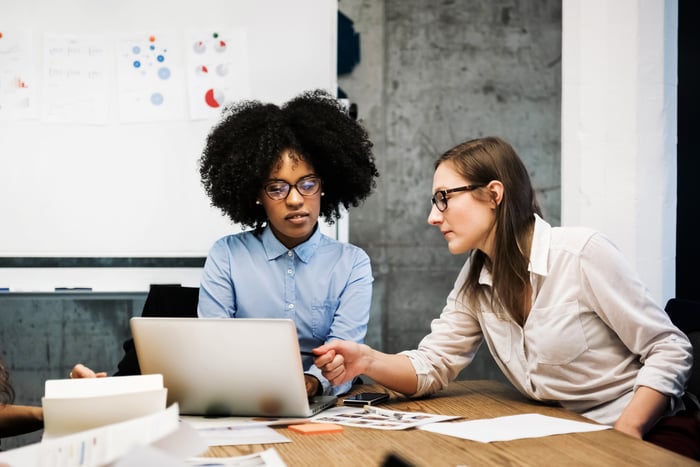 A pioneer in digital payments, PayPal has benefited dramatically from the accelerated adoption of e-commerce and digital transactions, a trend that will likely continue after the pandemic ends.

At the end of the first quarter (ended March 31), PayPal had 392 million active customer accounts and 31 million merchant accounts on its platform. As more and more users join PayPal, the payment facilitator becomes even more unavoidable for businesses, which then attracts even more customers. This network effect is difficult to disrupt and is a solid entry barrier for competition.

To attract even more customers, PayPal has focused on introducing a range of innovative products and services such as cashless payment features for in-store purchases including payment cards, QR codes, and tap-and-pay and buy now, pay later capability for its PayPal and Venmo wallets. For customers using buy now, pay later, PayPal has noted a 15% increase in total payment volume and 16% decline in cost per transaction (since debit payments are cheaper).

Trading at 13.6 times trailing-12-month (TTM) sales, PayPal is not the cheapest stock on the market. However, in a world rapidly going cashless, this digital payments giant can be an attractive investment for retail investors even at these elevated levels.

Insurance technology company Lemonade's stock is over 47% below its all-time high of $190 from January as of this writing. Investors are disappointed by the company's first-quarter (ended March 31) loss ratio (percentage of claims incurred to premiums collected) of 121%, which is dramatically more than the 71% for fiscal 2020. The property damage caused by Winter Storm Uri in Texas resulted in the company processing "a year's worth of claims in just a few days." Such natural catastrophes are mostly unpredictable, although some amount of downside can be protected by reinsurance.

Despite these challenges, Lemonade has shown progress where it truly matters. In the first quarter, the company's total customers rose 50% year over year to 1.1 million, in-force premium (aggregate annualized premium) was up 89% to $252 million, and premium per customer rose 25% to $229. These numbers highlight the strength of Lemonade's tech-enabled disruptive customer service model, which allows users to purchase policies and process claims in a matter of minutes. The company's foray into pet insurance, life insurance, and now car insurance has also opened several cross-selling opportunities.

Lemonade now expects its fiscal 2021 revenue to rise by 24% to 28% year over year, up from the previous guidance of 21% to 24%. The company also maintained its previous EBITDA loss guidance of $163 million to $173 million, despite higher losses incurred in the first quarter. Finally, the company is sitting on a $1.03 billion unrestricted cash pile, which is sufficient to cover most of its losses at least for the next few years.

Lemonade is trading at a rich price-to-sales (P/S) multiple of about 59. However, considering that the company collects over 100 times more data from its customers than traditional insurers, Lemonade can leverage its artificial intelligence (AI) capabilities to develop a much stronger customer experience and risk management system. The company uses AI-based bots and data capabilities for customer acquisition and claims processing, which helps it reduce its payroll expenses. This technology-focused approach has enabled the company to offer cheaper policies for similar coverage. Hence, younger customers (with higher lifetime value) are increasingly opting for Lemonade over traditional insurers. Against this backdrop, the company offers an attractive risk-reward proposition to long-term investors, even at higher valuation levels.

Medical device company Novocure has come up with a unique technology to fight aggressive cancers. The company's flagship product is a wearable and portable device called Optune, which works by creating tumor-treating fields (TTFs). These are electric fields that help control cancer cell division without affecting healthy cells.

The U.S. Food and Drug Administration (FDA) has already approved the use of Optune for treating mesothelioma (a rare cancer caused due to asbestos exposure) and for two types of glioblastoma multiforme (GBM), which is aggressive brain cancer. In the first quarter, the company's active patients rose 12% year over year to 3,454. While GBM is the company's main revenue driver, there is still much room to grow considering that penetration in this indication in the U.S.; Europe, the Middle East, and Africa (EMEA); and Japan is only 37%, 34%, and 31%, respectively.

Novocure's TTF treatment is also being evaluated in other aggressive cancers such as non-small cell lung cancer (NSCLC), pancreatic cancer, ovarian cancer, and gastric cancer. Investor hopes are high for these pipeline programs, especially after the FDA allowed the company to reduce the enrollment requirement for the control arm in the phase 3 pivotal Lunar trial evaluating the efficacy of TTFs in advanced NSCLC. This decision is based on an interim analysis of the trial by an independent data monitoring committee. According to the committee, "it is likely unnecessary and possibly unethical for patients randomized to the control arm to continue accrual to 534 patients with 18 months follow-up." While the clinical trial data is blinded for Novocure, it is completely unblinded for for the data monitoring committee. With the committee considering it unethical to refuse TTF treatment to patients in the control arm, it seems obvious that Novocure's product is demonstrating significant clinical benefits.

In the first quarter, the company's revenue was up year over year by 32% to $134.7 million, while adjusted EBITDA rose 40% year over year to $21 million. The company had $864 million of cash on its balance sheet at end of the first quarter. Unlike many medical technology companies with innovative products, Novocure is already profitable. In fiscal 2020, the company reported a net income of $20 million. Against this backdrop, despite trading at a P/S multiple of over 40, the stock can prove to be an attractive investment for retail investors.

3 Top Stocks That Will Make You Richer in April (and Beyond!)