Please ensure Javascript is enabled for purposes of website accessibility
Log In Help Join The Motley Fool
Free Article Join Over 1 Million Premium Members And Get More In-Depth Stock Guidance and Research
By Brett Schafer - Jun 10, 2021 at 9:11AM

These tech stocks can add growing income streams to your portfolio.

Some of the best investments can come from buying stocks that consistently raise their dividend. These stocks, the steadiest of which can earn the designation as Dividend Aristocrats (S&P 500 companies that have raised their dividend for 25 straight years), can be a great addition to anyone's portfolio.

Taiwan Semiconductor Manufacturing (TSM -2.04%) is the global leader in semiconductor manufacturing. It's a pure-play foundry business, which means it manufactures semiconductors for other companies but doesn't actually sell to the end customer itself. This has allowed TSMC to gain a tremendous lead in the foundry industry, with only a few companies like Samsung and Intel (INTC -0.03%) getting close to its technological capabilities. 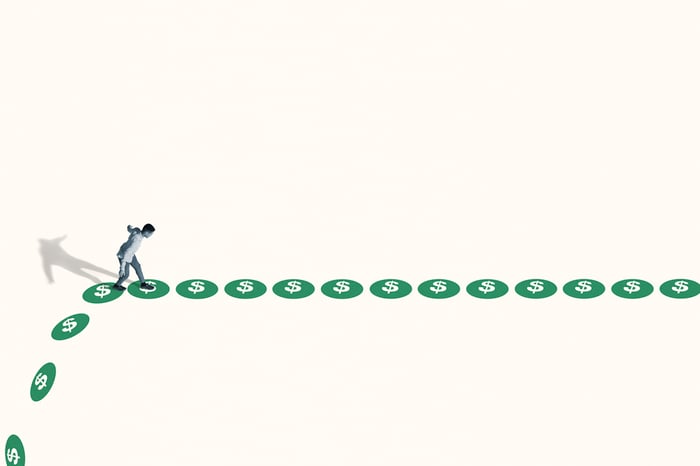 Currently, TSMC has a 1.53% dividend yield. With the global semiconductor shortage and a secular tailwind for its products, the company should have tons of demand for years to come. In fact, it plans to spend a whopping $100 billion in capital expenditures over the next three years, showing the demand its end customers have for semiconductors at the moment. TSMC is the sole supplier of Apple (AAPL -0.29%), which is rebuilding all of its computing devices like the iPhone and Mac computers with custom chips it designs.

TSMC's dividend has grown most years over the past decade, from $0.52 per share in 2012 to $1.78 per share in 2020. With a stable business, huge demand for its products, and minimal competition, TSMC should be able to grow its dividend for the next decade and beyond.

Cisco Systems (CSCO 0.02%) is one of the forgotten tech giants of the late 1990s tech bubble that has since matured into a steady business with consistent cash generation. Its products include networking hardware for wireless, data centers, and security solutions. In fact, according to the company, 85% of internet traffic goes through Cisco's solutions. Outside of networking hardware, Cisco has software products for networking, a Zoom Video Communications (ZM 0.78%) competitor in Webex, and some products for the Internet of Things industry. Cisco is essentially a computing conglomerate, albeit a mature one in a lot of low-growth markets.

But low growth is OK if you are looking for a safer investment that pays out a high dividend yield. Cisco's yield currently sits at 2.75%. Since 2011, the company has generated more than $10 billion in operating cash flow each year and has raised its dividend per share every year, from $0.12 in 2011 to $1.42 last year. This isn't a company that will be putting up high double-digit percentage sales growth anytime soon. But if you are looking for a consistent and growing dividend payer that is the dominant company in its industry, Cisco Systems is perfect for your portfolio.

At a dividend yield of only 0.89%, Microsoft (MSFT -0.92%) pays out a lot less of its free cash flow out to shareholders each year than Cisco or TSMC. It is also one of the largest companies in the world, with a market cap of $1.9 trillion, which might make investors think it doesn't have as much potential to grow its annual dividend. But the company has made some giant bets on the cloud and other services that are just starting to bear fruit, and they should help Microsoft consistently raise its dividend over the next decade even with the company already being so large.

For example, Azure, its cloud infrastructure segment, last quarter grew revenue 50% year over year and it still has a giant runway for growth as businesses slowly transition to the cloud. Microsoft HoloLens, its augmented reality glasses, is being used by the U.S. Army in a $21.9 billion contract that will be spent over the next decade. And on top of this, its core Microsoft Office business is doing just fine as well. Office 365, Microsoft's cloud subscription service, grew revenue 22% last quarter. The proliferation of these services has helped Microsoft grow its operating cash flow from $27 billion in 2011 to $60.7 billion last year. That number should steadily grow over the next decade, helping boost Microsoft's dividend payout at the same time.

These three stocks are not likely to blow investors away with high double-digit percentage revenue growth over the next decade. But all three have long-term competitive advantages, a strong track record of profitability, and should be able to raise their dividends consistently over the coming years. If you're looking for three tech dividend stocks to add to your portfolio, you can't get much better than Cisco, Microsoft, and TSMC.