Please ensure Javascript is enabled for purposes of website accessibility
Log In Help Join The Motley Fool
Free Article Join Over 1 Million Premium Members And Get More In-Depth Stock Guidance and Research
By Will Healy - Jun 14, 2021 at 12:45PM

Qualcomm and other peers have spoken out against the takeover in recent months.

Smartphone chip giant Qualcomm (QCOM -1.00%) wants to lend Arm Holdings a helping hand, according to an article in The Telegraph on Sunday. Qualcomm has offered to invest in Arm Holdings should regulators block a proposed acquisition by NVIDIA (NVDA -2.88%). 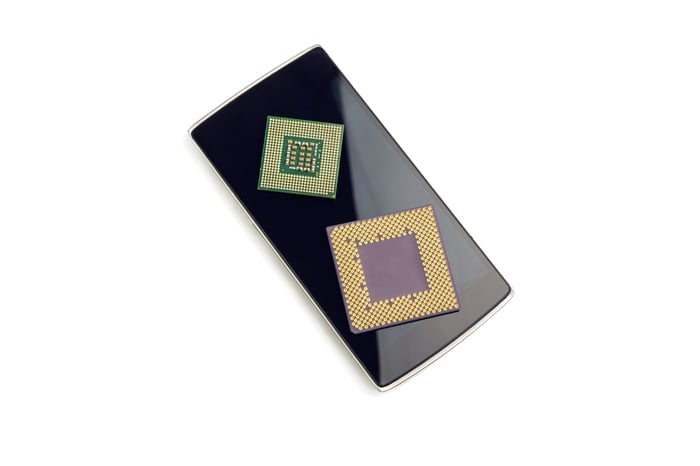 NVIDIA is in the process of buying Arm from tech investment giant SoftBank Group for $40 billion. This has caused deep concern for Qualcomm, whose smartphone chipsets currently power all 5G phones.

Although Arm Holdings receives relatively little publicity, the technology of the U.K.-based chip designer appears in 95% of the world's premium smartphones. Qualcomm partly relies on Arm's technology, so the takeover could give NVIDIA a great deal of control over Qualcomm.

Qualcomm, along with Microsoft and Google parent Alphabet, spoke out against the deal after NVIDIA announced it last September. The investment proposal by Qualcomm CEO-elect Cristiano Amon would provide Arm with capital without leaving his company at NVIDIA's mercy.

"If Arm has an independent future, I think you will find there is a lot of interest from a lot of the companies within the ecosystem, including Qualcomm, to invest in Arm," Amon said to CNBC.

An NVIDIA spokesperson told CNBC that an IPO, which Qualcomm is suggesting, would not meet Arm's funding needs.

"Arm needs an infusion of new technology that it can provide to Arm licensees everywhere, which is why we stepped up and agreed to buy Arm," the NVIDIA spokesperson said, adding that NVIDIA would welcome Qualcomm's help in designing products and technology for Arm's ecosystem.

An investigation of the deal by regulators in the U.S., the U.K., the EU, and China is ongoing. NVIDIA CEO Jensen Huang told the Financial Times he was confident regulators would approve the deal within his company's time frame to complete the takeover in early 2022.