Please ensure Javascript is enabled for purposes of website accessibility
Log In Help Join The Motley Fool
Free Article Join Over 1 Million Premium Members And Get More In-Depth Stock Guidance and Research
By Selena Maranjian – Jun 15, 2021 at 8:00AM

Did you realize you can amass more than 1 million dollars in your IRA? These stocks might help you get there.

IRA accounts may not seem like the most powerful retirement accounts, with current annual IRA contribution limits set at $6,000 plus an additional $1,000 for those 50 and older. But they can be surprisingly robust wealth-building machines.

It helps, of course, to have your IRA invested in securities that are likely to grow at a good clip. A fine option for most of us is a simple broad-market index fund that will deliver roughly the same return as the overall market -- which has averaged annual returns of close to 10% over long periods. Many sport super-low fees and are easy to get in and out of.

If you want to aim for even more growth, though, you might include some carefully chosen individual stocks in your IRA portfolio as well. 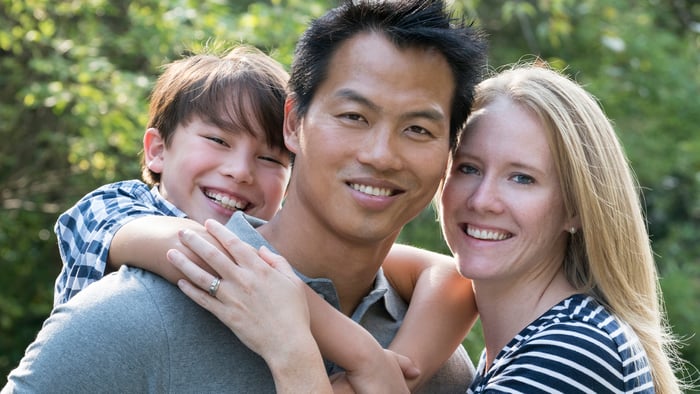 Below is a look at three such candidates for your IRA portfolio.

The power of IRAs

First, though, to demonstrate the power of IRAs, here's a reminder of just how much you might amass over time if you invest $6,000 every year over different periods, earning several different average growth rates:

Note, too, that any sum you amass in a Roth IRA should be available to you in retirement tax-free. Look at the sums above and imagine not having to fork over a big portion of them to the IRS!

Let's start with Digital Realty Trust (DLR -1.51%), which is a real estate investment trust (REIT), meaning it's required to pay out at least 90% of its income as dividends. (It recently yielded 2.9%.)

While the typical REIT you might imagine specializes in real estate properties such as medical facilities, apartments, malls, warehouses, and storage units, Digital Realty Trust has a more modern focus: data centers. Data centers house gobs of computing equipment that facilitate our digital lives. The "cloud," after all, doesn't really exist in the sky -- it's housed in data centers.

In a June investor presentation, the company noted that it has some 290 data centers across 47 metro areas around the world, and that it's the sixth-largest publicly traded U.S. REIT. Its top five customers include IBM, Facebook, and Oracle -- with roughly 30 to 40 data centers for each.

The only knock against Digital Realty Trust is that it's not exactly a bargain stock at recent levels. Its price-to-sales ratio, for example, was recently 10.7, above its five-year average of 8.3. So if you want to invest in it, you might add it to a watch list, or buy in incrementally over time, or just buy anyway -- with a very long-term outlook.

If you expect that our planet will keep needing more data centers to support ever-growing digital activity, Digital Realty Trust is a promising business in which to invest. 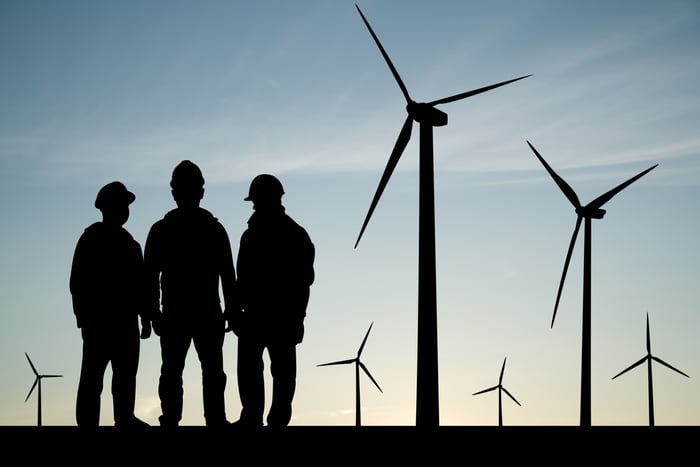 Next up, NextEra Energy (NEE -1.66%). You may not find energy companies that exciting, but this one kind of is.

It's also a dividend-paying stock, recently yielding 2.1%. It's worth considering dividend payers for a Roth IRA, because that way, any dividends paid can end up avoiding taxation. Most dividends today face a 15% tax rate for most investors, and that rate may go up in coming years, especially for higher earners. President Biden, for example, is interested in seeing capital gains tax rates go up.

But back to NextEra. In its recent investor presentation, it noted that it's "the world leader in electricity generated from the wind and sun" and "the largest electric utility in the United States by retail MWh [megawatt hour] sales." So unlike other major energy enterprises, it's not deeply involved in oil exploration and production -- though it does have a substantial natural gas business.

Via savvy management and savvy acquisitions, NextEra has been growing its earnings and dividend at above-average rates, and if you are interested in profiting from investments in alternative energies, NextEra is worth a closer look.

The company has been hiking its dividend payout by an annual average of close to 10% since 2005, and its stock has risen by an annual average of nearly 15% over the past 15 years. Its stock also doesn't seem like a screaming bargain, but it's not grossly overvalued, either -- so either watch it, buy into it gradually, or buy with a very long-term horizon.

Finally, we come to a company that everyone knows and one whose future most people probably see as rather promising: Amazon.com (AMZN 1.20%). There's no dividend, as the company is still reinvesting earnings back into furthering its growth, and there has been a lot of growth. Indeed, the stock has gained by an average annual rate of more than 35% over the past 15 years, far faster than most stocks.

It's not resting on its laurels, either, as it has many irons in the fire. There's the massive online marketplace, of course, but there's also Amazon Web Services, the cloud-computing service that's No. 1 in market share.

On top of that, Amazon is branching out in multiple directions, such as groceries -- it bought Whole Foods Market and is also setting up brick-and-mortar Amazon Fresh supermarkets of its own.

More than a few healthcare companies are trembling at least a little at the thought of Amazon encroaching into healthcare. It has already bought PillPack and is reportedly looking into building out its own pharmacies. Pharmacies are not just medicine-dispensing operations these days, either, as many now house clinics within them that deliver care.

Best of all, Amazon's stock does seem to be a good bargain these days, with its price-to-earnings (P/E) and forward-looking P/E ratios both well below their five-year averages.

These are just three of many terrific stocks out there that can grow well in an IRA account or even in a regular, taxable account. Take a closer look at any of these that interest you, or dig around for other contenders. Most of us need to build hefty retirement nest eggs for ourselves, and IRAs can help you do that.