El Salvador just rocked the world by delivering another epic bitcoin bombshell. It is exploring volcanic power for all its mining operations.

What did the first cars run on? Steam. It looks like history is about to repeat itself. El Salvador just announced that it plans on using volcanic geothermal energy to power Bitcoin (BTC -1.74%) mining.

Last week, El Salvador's President, Nayib Bukele, posted an ambitious claim on Twitter that he has given the green light to state-owned geothermal electric firm LaGeo to start planning bitcoin renewable energy mining facilities. These aren't any old energy sources they will be taking advantage of since they plan on harnessing the incredible power of the country's volcanoes. 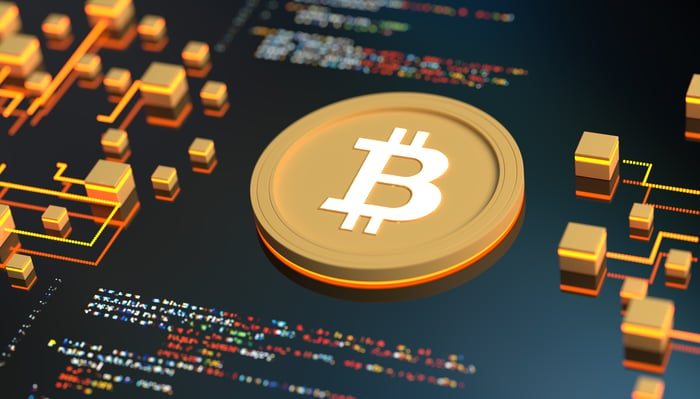 In fact, without wasting any time at all, LaGeo's engineers have already dug a massive well for the entire operation. Things look to be moving quite fast, and all of this sounds pretty cool, but we would all love to know what exactly it all means.

It's no secret that Bitcoin mining requires a ton of electric power, and most of that electricity today is still produced by fossil fuels. Of course, this has raised pretty serious concerns not only from climate activists but also from crypto adopters themselves.

I'm not a big fan of cryptocurrencies still using PoW (proof-of-work) consensus mechanisms, but I also believe we are all going through this great awakening together for a reason.

It's time to examine why El Salvador has very possibly set the new standard for the future of cryptocurrency, even perhaps shutting down the crypto bear run in its tracks. Who wouldn't love to see that happen right about now?

Why investors should keep all eyes on El Salvador

We all know that the crypto market is in the midst of a red candle slump, and investors are catching on to the high energy consumption of crypto mining. The good news is that El Salvador's model could open up the window for millions of ethical investors to reignite the crypto market, kick-starting another bull run.

Put it this way, Bitcoin thwarts Google's total energy consumption by 1,708%, using a mind-boggling 129 TWh (terawatt-hours) annually. Disneyland, on the other hand, consumes a mere 1 TWh per annum. Now I'm terrible at math (just ask my dad, who's an accountant), but I know enough that these numbers don't work in Bitcoin's favor.

El Salvador's brilliant scheme to harness the volcanic power of their region's resources can only drive attention to the fact that crypto mining has a more effective, better, eco-friendly alternative. And the world has been waiting with arms wide open.

So, if Bitcoin and other digital currencies could soon be mined with renewable energy from El Salvador's geothermal resources, the picture might look slightly different. This is precisely what El Salvador is expeditiously implementing as we speak, leaving investors little choice to jump back in wholeheartedly.

Crypto is here to stay. At the same time, there is widespread concern regarding the crypto industry's intensive energy use and high emissions. El Salvador could be the ticket to a new crypto boom, and investors from all walks of life are certainly on high alert.

Why Bitcoin, Marathon Digital, and Hut 8 Mining Are Rising Today