The future looks bright for this tech company.

Aside from their popularity on Robinhood, Dogecoin (DOGE -3.73%) and Palantir Technologies (PLTR -3.18%) have one more thing in common: Both received their names in rather amusing ways.

Jackson Palmer came up with Dogecoin while switching between two browser tabs: one an article about the Doge meme, the other a popular cryptocurrency site. Similarly, Palantir takes its name from an indestructible, far-seeing crystal ball in The Lord of the Rings.

While both have humorous origin stories, only one looks like a good long-term investment -- and it's not Dogecoin. Here's why. 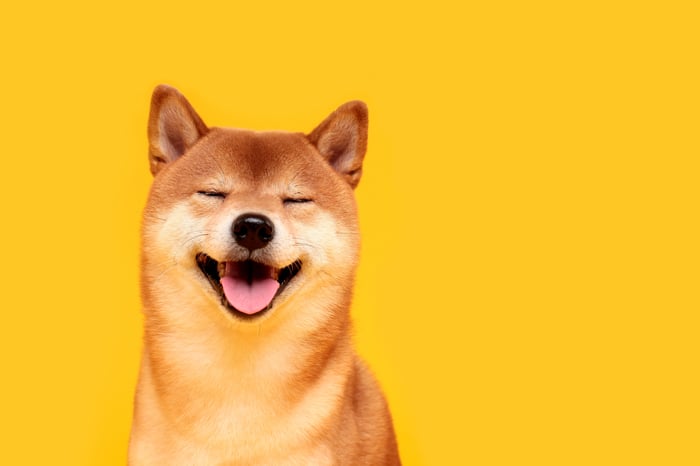 Dogecoin has captivated investors, and it's easy to understand why. Almost overnight, this meme currency became a millionaire-maker -- its value has rocketed 5,600% since January. Even so, there is nothing special about Dogecoin, and no logical reason for its soaring price.

It isn't the most valuable cryptocurrency, like Bitcoin (CRYPTO: BTC); it doesn't offer instant transactions like Oxen does;, and it doesn't support smart contracts and decentralized financial (DeFi) services, like Ethereum (ETH -2.07%) does. Moreover, even if all those problems vanished, the meme currency would still have a scalability problem.

The Dogecoin blockchain currently handles 0.31 transactions per second (TPS). By comparison, Visa's network can support up to 65,000 TPS, and cryptocurrencies like Cardano can theoretically handle up to 1 million TPS.

Put simply, the only remarkable thing about Dogecoin is the level of support it's garnered on social platforms like Reddit and Twitter. But popularity alone is not a good reason to invest. So if you're looking to buy a lottery ticket, Dogecoin is a good choice. But if you're trying to build wealth over the long term, I would look elsewhere.

Palantir specializes in big data analytics. In 2003, the company got its start building software for the U.S. intelligence community. Specifically, its platform was used to connect siloed data sets across the CIA and FBI, allowing government agents to work more efficiently.

But private firms use Palantir, too. In 2005, its analytics tools were used to sift through troves of data during the Bernie Madoff investigation. Ultimately, Palantir played a crucial role in his conviction for securities fraud. 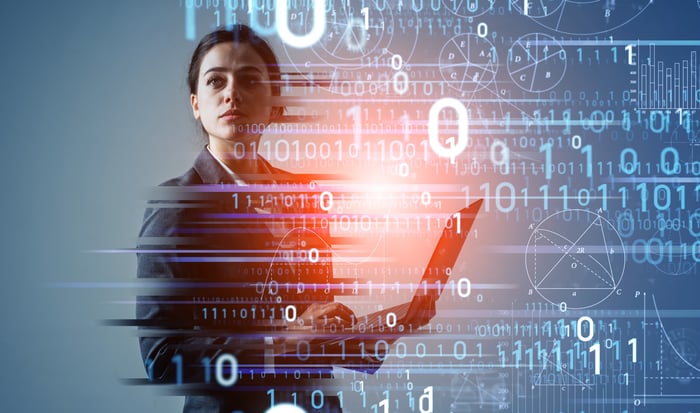 While the company's history is interesting, it also gives Palantir an advantage over virtually every competitor. Case in point: Data privacy is of crucial importance in any application, but that's especially true with classified government intelligence. If Palantir's platform met the security standards of the CIA and FBI, it should be good enough for almost anyone.

In the first quarter, Palantir delivered strong results. Revenue popped 49% to $341 million, driven by strong traction with both commercial and government clients in the United States. Gross margin jumped 600 basis points to 78%, underscoring its potential profitability.

That being said, Palantir is not currently profitable according to generally accepted accounting principles (GAAP). But the company did generate positive free cash flow of $116 million in the first quarter, a significant improvement over the $290 million it burned in the prior-year period.

Looking ahead, Palantir's growing ecosystem of independent software vendors, cloud service providers, and systems integrators should help the company win new contracts in both the government and commercial sectors. Global digitization should be a tailwind: As enterprises look to differentiate themselves, the ability to draw insights from proprietary data should become more important, and that should drive demand for Palantir's software.

Given these catalysts, management is forecasting revenue growth of at least 30% per year through 2025. However, given the company's performance in recent quarters, that's probably a lowball estimate. Regardless, I think Palantir will be worth twice what it is today by 2025, but I can't say the same for Dogecoin.

This Under-the-Radar Cryptocurrency Stock Could Outpace Bitcoin in 2022