Please ensure Javascript is enabled for purposes of website accessibility
Log In Help Join The Motley Fool
Free Article Join Over 1 Million Premium Members And Get More In-Depth Stock Guidance and Research
By Parkev Tatevosian - Jun 22, 2021 at 9:07AM

Roku and Amazon are in line to reap the benefits of an increase in overall ad spending.

Ad spending slumped last year. Understandably, firms took measures to reduce costs at the onset of the pandemic. No one knew the duration or the severity of lockdowns, so the safest thing to do was pause whatever spending you had control over. Some types of advertising give businesses the ability to start and stop at will, making them some of the first expenses firms cut during downturns.

Ad spending rebounded during the back half of 2020, fueled by political campaigns. Now, as economies are reopening worldwide and supply bottlenecks are easing, firms are boosting advertising in 2021. Indeed, overall ad spending is expected to jump to $749 billion in 2021, up from $628 billion in 2020. Amazon (AMZN -1.13%) and Roku (ROKU -6.58%) are two stocks that will prosper as a result. 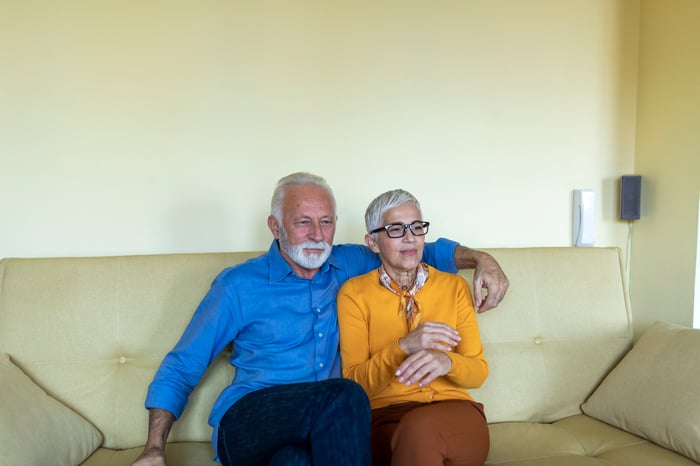 Amazon's segment that includes ad revenue is growing at an accelerating pace. In the last four quarters, revenue grew 41%, 49%, 64%, and 73% year over year. The segment was already gaining steam, and it's only going to be fueled by the expansion of overall marketing dollars in 2021.

Surely, advertisers value access to arguably the readiest-to-spend consumers in the world. 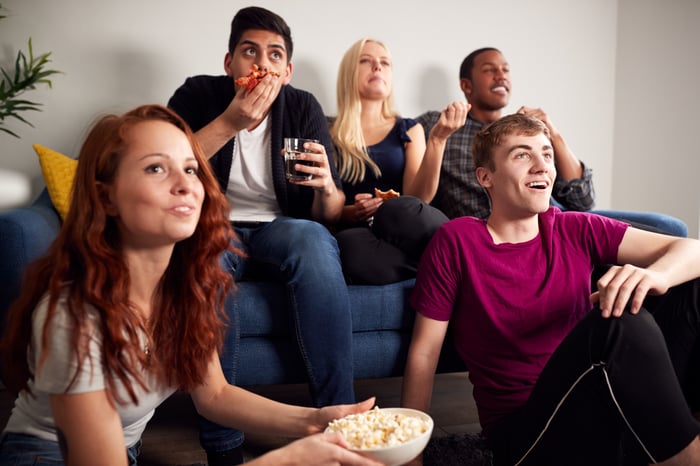 Roku, the streaming content platform pioneer, is another stock that stands to benefit as advertisers increase spending in 2021. Consumers have clearly stated their preference for streaming content rather than watching linear TV. Indeed, in the first quarter, Roku reported having 53.6 million active accounts, a 35% increase from the same time last year.

What's more, folks streamed 18.3 billion hours of content on Roku's platform, up 49% from the year prior. Of course, marketers would pay to grab the attention of millions of users spending billions of hours on Roku's platform. According to GroupM, spending on connected TV ads is expected to grow by 25% this year, reaching $16 billion. But the growth is not going to stop there; the firm estimates it will nearly double to $31 billion by 2026.

Roku is the No. 1 smart TV operating system in the U.S. and Canada, and No. 2 in Mexico. It is in an excellent position to benefit from the increase in overall ad spending and the continued transition in ad spending from linear TV to internet-connected TV.

Still, the estimated increases in ad spending are just that -- estimates. Several factors could hamper the growth, including, but not limited to, further disruptions caused by the coronavirus, inflation in company input prices causing them to rethink budgets, and continued supply shortages -- no need to advertise if your product is sold out. However, if it does play out as estimated, Amazon and Roku could be big winners.