After China's crackdown on Bitcoin, a major financial institution is bearish on the cryptocurrency.

Bitcoin (BTC -0.37%) tokens are worth about 15% more than they were at the start of 2021. Today, Bitcoin is dropping as investors digest both China's recent actions related to the cryptocurrency and a major bank's opinion on its future. As of 11:45 a.m. EDT, Bitcoin was down about 3%.

China has continued cracking down on Bitcoin this week as the country's Communist leadership seems uncomfortable with the lack of control over the digital currency. Today, JPMorgan Chase said the subsequent drop in Bitcoin still does not represent a buying opportunity, according to CNBC. 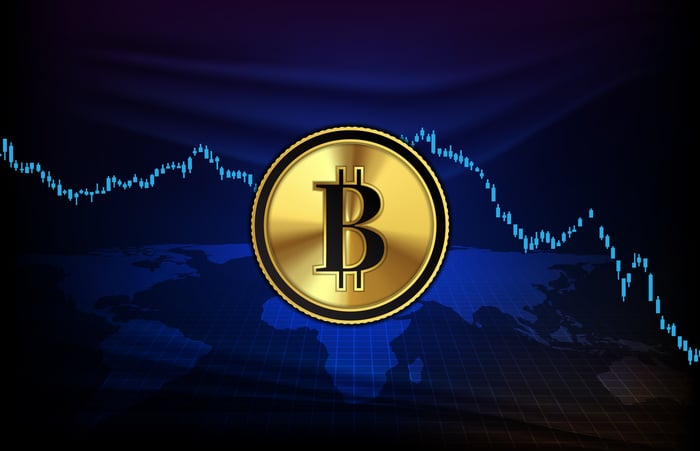 The People's Republic of China (PRC) has been shutting down Bitcoin mining operations claiming concern over the environmental effects from miners' high energy usage. Yet some of these servers are processing in areas where hydroelectric power is available, making the claim less believable. The country's central bank also recently told banks and financial technology companies like Alipay they must restrain cryptocurrency trading. That news sent Bitcoin and other cryptocurrencies lower to start the week.

Somewhat ironically, the crackdown on mining Bitcoin in China could make it easier for those mining outside the country to prosper. Up to 75% of Bitcoin mining had been taking place in China, and now more than 90% of that has been shuttered, according to a CNBC report.

Because the number of Bitcoin tokens available is limited, the report surmises that "other miners' share of the network will increase, potentially making mining much more lucrative." That isn't driving the price back up today, but it highlights the global behavior of the digital currency. It would seem that China's moves could end up helping drive the cryptocurrency higher at some point.

Why Bitcoin, Coinbase, and Silvergate All Bounced Back on Friday

How Germany Has Changed the Future of Crypto