Please ensure Javascript is enabled for purposes of website accessibility
Log In Help Join The Motley Fool
Free Article Join Over 1 Million Premium Members And Get More In-Depth Stock Guidance and Research
By Jeff Little - Jun 25, 2021 at 10:31AM

The Mile-High City could bring sky-high growth for this rapidly expanding business.

Many people know Denver as the Mile-High City for its elevated location. In fact, if you stand on the 13th step of the Colorado state capitol building in Denver, you are exactly one mile above sea level (5,280 feet). In the cannabis industry, however, one may interpret that nickname in a slightly different way.

Denver is one of the country's oldest legal marijuana markets, and it's also the most recent city in which vertically integrated cannabis company Columbia Care (CCHWF 2.75%) might hit a jackpot. Perhaps over time Denver might even provide the boost that sees the stock share price climb skyward for a mile-high -- say, 5,280% -- gain.

Even if not, consolidation is happening across the industry, and Columbia Care has been making acquisition moves to build its presence and expand its footprint. Its most recent purchase of Denver-based cannabis operator Medicine Man is just one of many. 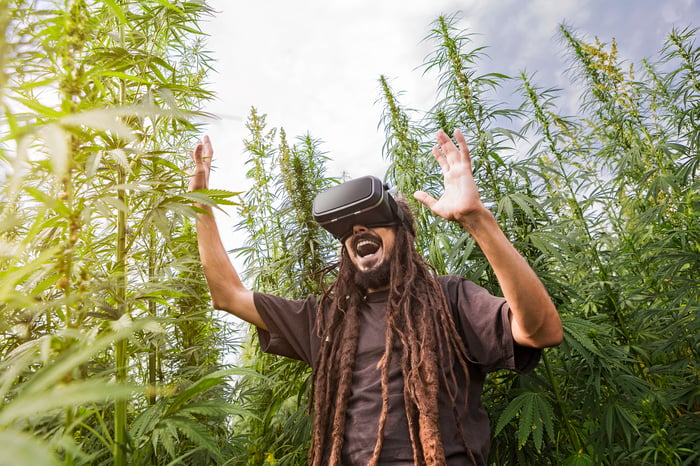 In September, Columbia Care closed its acquisition of The Green Solution, the largest vertically integrated cannabis operator in Colorado at the time. That purchase brought 23 new dispensaries and six cultivation and manufacturing facilities to the Columbia Care empire.

Now the company has turned its focus once again toward Colorado. With the acquisition of Medicine Man, Columbia Care is setting itself up nicely by incorporating the assets of another vertically integrated operator, including four operational dispensaries and a 35,000-square-foot cultivation facility capable of producing 3 million grams of dried flower per year -- all in the world's second-largest cannabis market. In addition, Columbia Care will enjoy the benefits of the experience and leadership qualities that Medicine Man has built up over 12 years as a well-respected, profitable business often recognized as best-in-class.

Columbia Care CEO Nicholas Vita sees the Green Solution and Medicine Man acquisitions as "having a positive impact on our financial performance for years to come." That starts with what Medicine Man is already doing in the Colorado market -- its sales growth was 42% in 2020 (18% higher than the state average) and 64% year to date (39% higher than Colorado as a whole).

The numbers are there

For its part, Columbia Care announced record first-quarter results in May, including 316% quarterly growth in gross profits year over year -- to $37.7 million -- supported by 220% year-over-year quarterly growth in revenue to reach $92.5 million. The company is anticipating continued growth throughout the remainder of the year, reaffirming 2021 total revenue estimates of $515 million at the midpoint. That number, spread evenly among four quarters, would result in an average of $128 million per quarter -- 39% growth on a per-quarter basis for the rest of the year compared to the first quarter.

Columbia Care ended the first quarter with a healthy $176 million in cash. That's a 557% improvement over the first quarter of 2020 and a 189% increase over the balance at the end of 2020. As mentioned, consolidation continues across the cannabis industry. It would not surprise me a bit to see Columbia Care continue to make acquisition moves to bolster its position.

What's the next move?

Columbia Care has a ways to go -- but so do some of its top competitors, such as Curaleaf and Green Thumb Industries. The company has dispensaries in 50% of states where marijuana is categorized as legal for recreational use and/or decriminalized, leaving the other half still to be conquered. And in the medical cannabis market, it has operator licenses in 14 of the 44 states where some form of medical cannabis is legal -- that leaves 68% of states for the taking, including growing markets in Oregon, Oklahoma, and Michigan.

Having a solid footing in Colorado certainly provides Columbia Care with a great head start toward becoming entrenched as the leading cannabis operator in all legal state markets. The company expects its Green Leaf purchaseto close in the third quarter of this year, adding to its total of 122 facilities across 14 vertically licensed operations, including 92 dispensaries and 30 cultivation and manufacturing facilities.

Investing in cannabis stocks is a bit tricky given rapid consolidation and the evolving nature of the market. Let's see what the company does in the second half of 2021 with its large cash position. Maybe it can capture some of those missing states to provide more reason for investors to jump in.