Please ensure Javascript is enabled for purposes of website accessibility
Log In Help Join The Motley Fool
Free Article Join Over 1 Million Premium Members And Get More In-Depth Stock Guidance and Research
By Christy Bieber – Jun 29, 2021 at 6:07AM

You can't afford to be caught off guard.

Many people overestimate what Social Security benefits can do for them in their later years. If you're one of them, you could find yourself with a financial shortfall in retirement.

It's best to understand the truth about Social Security sooner rather than later -- so make sure these four surprises don't catch you off guard. 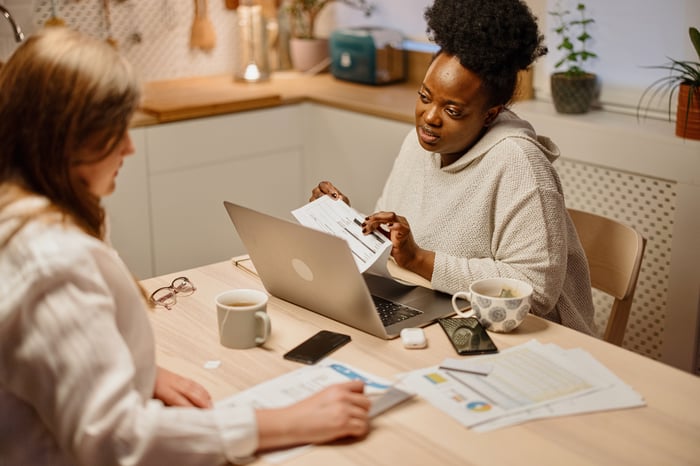 In May of 2021, the average Social Security retirement benefit was just $1,507 per month. That means a typical American who relied solely on Social Security would have an annual income of just $18,084.

While average benefits go up a little each year, so do the cost of goods and services, so future retirees can expect the buying power of their benefits to be just as small.

Since average benefits are so low, you almost surely will need money from other sources to have a comfortable retirement. The sooner you start working on saving, the more supplementary income you'll have. Open a retirement plan ASAP if you don't have one already, and start working toward a retirement goal.

2. Your benefit will replace only 40% of pre-retirement income

If you're shocked at how low average benefits are, that's probably because you don't know that they aren't meant to be your sole source of support.

It might come as a surprise to discover Social Security was supposed to be part of a three-legged stool that also included a pension and savings. As a result, benefits are meant to replace around 40% of pre-retirement income. Since most seniors need 80% or more, these other sources were supposed to provide it.

The problem: Pensions aren't offered anymore by most employers so savings will have to take on a more important role (unless the government makes Social Security benefits more generous, which isn't likely). Future retirees need to plan for their income from savings to replace at least 40% of their pre-retirement earnings to maintain their living standard.

Many seniors are also surprised to discover that an early Social Security claim can permanently reduce their benefit by as much as 30%. That's because retirees need to wait until their full retirement age to get their standard benefit, and FRA is between 66 and 2 months and 67, while benefits become available as soon as age 62.

Some retirees incorrectly assume that if they claim early, they'll get a bump up to their standard benefit upon reaching FRA. They won't. And if you're caught off guard by this, you might find yourself without the income you need.

Before you claim Social Security, make sure you understand how your benefits are calculated, the impact of your age at the time you claim them, and what your filing decision will mean for your monthly and lifetime benefits.

4. You could be taxed on some of your Social Security income

Lastly, it may come as a surprise that Social Security benefits aren't always tax-free.

Depending on how much your income is, you could be taxed on as much as 85% of your benefit by the federal government. And if you live in one of the 13 states that tax benefits, you could lose some of your money to those taxes as well.

If you anticipate owing taxes on Social Security, you might want to plan to relocate to avoid state taxes. Or you may want to invest in Roth retirement accounts to avoid federal taxes. Using Roth accounts can keep you below the income threshold at which Social Security benefits become taxable since Roth distributions don't count toward the income calculation used for these purposes.

You don't want to be surprised by how low your benefits are or by how much the government taxes them. The good news is, now you know the truth so you can make a better, more informed retirement plan.