Please ensure Javascript is enabled for purposes of website accessibility
Log In Help Join The Motley Fool
Free Article Join Over 1 Million Premium Members And Get More In-Depth Stock Guidance and Research
By Adam Levy - Jun 29, 2021 at 9:34AM

Netflix is about to get over its 2020 hangover.

Netflix (NFLX 1.67%) disappointed investors when it reported fewer than 4 million net subscriber additions for the first quarter and forecast a measly 1 million net adds for the second quarter. The hangover from 2020's streaming bonanza hit Netflix, and it hit hard.

But after a couple of quarters of recuperation, Netflix is set to bounce back to its normal self again, potentially adding 10 million to 15 million subscribers in the back half of the year, similar to normal times. Credit Suisse analyst Douglas Mitchelson thinks subscriber growth will normalize by the fourth quarter, based on information from a proprietary survey. Here's why Netflix's second half should look much better than the first half. 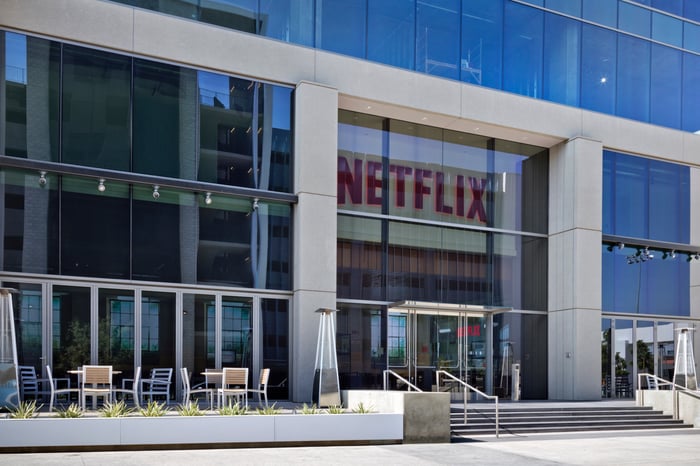 Three challenges in the first half of the year

Netflix wasn't just coming off a once-in-a-lifetime event that pulled forward millions of subscribers for the streaming service -- it also faced several challenges in the first half of the year, hindering subscriber growth.

First, it raised the price of its subscription in several big markets, including the United States. While Netflix still has plenty of pricing power, some subscribers have balked at its last few price increases. While this price hike appears to have been more easily digested among Netflix's subscriber base, it was still a likely cause for some subscriber churn. And with Netflix's ballooning subscriber base, a small increase in churn translates into a lot of subscriber losses.

Second, Netflix had a relatively weak content slate in the first half of the year. Management acknowledged this at the start of the year, noting that some of its big tentpole series -- Stranger Things, The Witcher, Money Heist, Sex Education -- won't premiere until the latter part of the year.

Finally, Netflix is facing the headwind of economies reopening and warming weather, which will temporarily reduce gross additions as consumers look to make up for lost time with out-of-home activities.

While Netflix may have suffered because of its price hike earlier this year, subscriber churn should normalize going forward. What's more, Netflix has previously indicated it sees strong rates of resubscribing from customers who churn. That may present an opportunity to improve gross additions later in the year.

Churn is an increasingly important factor for all streaming services as they compete for viewers. That said, Netflix has done a good job of keeping its churn low while others have seen more cancellations. That's supported by Credit Suisse's survey showing Netflix subscribers will look to the service before any other they subscribe to when looking for content to watch. In other words, Netflix is a priority for most Netflix subscribers. Furthermore, just 8% of survey respondents raised any concerns about the value of Netflix for the price.

Mitchelson says any disappointment in Netflix's results in the second or third quarters "would prove a clearing event" before the fourth-quarter results look more like 2019 and 2020. And disappointing subscriber growth usually comes with a pullback in Netflix's stock price.

Expectations are already extremely low for Netflix's second quarter. Management forecast just 1 million net additions, which would be the fewest net additions it's seen in any quarter for eight years. And that was before it had much of any international presence.

Much of the focus will be on management's expectations for the third quarter. If management provides numbers that are weaker than the Street was looking for, it could result in a good buying opportunity for long-term investors. Netflix reports its second-quarter results July 20.