General Electric in particular is already building "desal" plants in the U.S.

They're calling it the "Megadrought."

Seven years ago in this space, I profiled the drought that was baking California (and the companies working to combat it). It was California's worst drought in 500 years, experts said at the time. But seven years later, the worst has gotten even worse, with 95% of the state experiencing "severe drought" conditions, and 86% "extreme."

Things have gotten so bad that California's State Water Resources Control Board may vote on Aug. 3 to cut off water access to Central Valley farmers. Fires are breaking out across the parched state; the crowdsourced #FireMappers map shows literally dozens of blazes, including the Dixie Fire, which reached "megafire" status on Friday. No wonder the American Geophysical Union now says this seemingly endless drought is the most severe "in the last 1200 years." 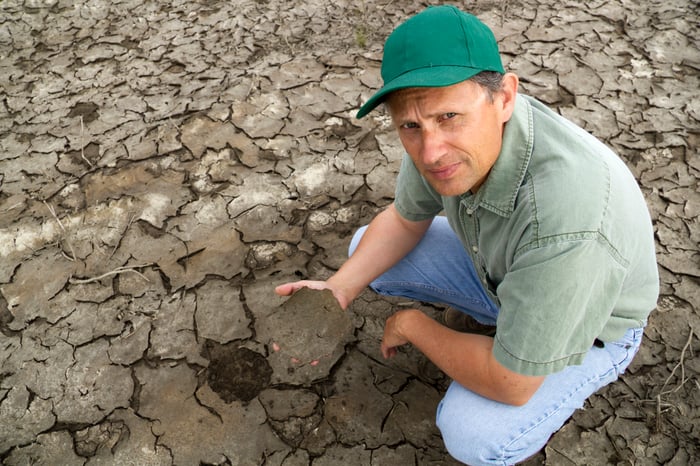 And yet, if you look at a map you'll see a very big (indeed, an ocean-sized) potential solution to California's drought problems -- if only we can get the salt out.

Through desalination, oceanic salt water can be transformed into potable fresh water in either of two ways: You can boil it, let the salt precipitate out, and collect the condensation. Or you can filter the saltwater through a membrane to remove the salt.

It can be an expensive process. A gallon of potable water produced through desalination costs about twice what it costs to provide water from other sources. And yet, this cost of desalination has fallen by half over the past 30 years -- meaning it's an increasingly viable solution. What's more, when you consider the losses from not investing in desalination: California lost $5 billion in agricultural revenue from crops not grown during the last big drought, from 2014 to 2015. That same $5 billion could have built five new desalination plants to help prevent the next drought.

In California, nearly a dozen such desalination plants are already in operation (and 10 more are planned). The Carlsbad Desalination Plant -- still under construction when I last wrote about this drought -- has now been up and running for five years. Filtering 50 million gallons per day, it's the largest desalination plant in the Western Hemisphere, and supplies 7% of San Diego County's water.

Poseidon Water, the company that built the Carlsbad plant, is now planning to open a similar-sized plant in Huntington Beach -- albeit at a higher price. Carlsbad cost $1 billion, but the Huntington Beach plant could cost $1.4 billion.

Seven desalination companies to invest in

Speaking of which, investors looking to support (and profit from) the growing use of desalination technology to cure California's chronic droughts might want to start their search with Poseidon Water; according to data from S&P Global Market Intelligence, it's a subsidiary of the giant Brookfield Infrastructure Partners (BIP -1.89%). With a $16 billion market capitalization but only $193 million in trailing profit, Brookfield may not look like an attractive investment at first glance. But the company generated more than $1 billion in positive free cash flow (FCF) last year -- giving the stock an attractive valuation of 16 times FCF. Adding to the attraction, Brookfield currently pays a generous dividend yield of 3.7%.

Brookfield is based in Bermuda, and foreign companies tend to dominate the water desalination field. France's Veolia Environnement (VEOEY 1.35%) is the world's biggest desalination company, having built more than 1,950 reverse-osmosis desalination plants in 85 countries -- including the huge desalination plant in Sydney, Australia, that supplies 15% of that city's water. France's Suez Environnement (SZEVY) is No. 2 -- and earns a massive 23.4% EBITDA (earnings before interest, taxes, depreciation, and amortization) margin on its water business.

Among U.S. companies, General Electric Company (GE 1.90%) remains one of the world's biggest suppliers of water treatment equipment. On Catalina Island, southwest of Los Angeles, GE built a 150,000-gallons-per-day desalination plant for Southern California Edison, a division of Edison International (EIX -0.23%). GE says the desalination process costs between $3 and $6 per 1,000 gallons, and that 70% of that cost is for fuel to operate the plants. However, solar-powered desalination has the potential to cut that cost.

Finally, Ecolab (ECL -0.38%), based in Saint Paul, Minnesota, owns Aquatech International, a Pennsylvania company specializing in water purification technology. It's a small subsidiary within a big company, but still the 10th-biggest desalination company in the world. And it's part of Ecolab's largest and most profitable division ("global industrial"), where it contributes to that division's powerful 18.5% operating profit margin.

All of this goes to show: Even if drought poses a big problem in California, desalination can be one (very profitable) way to solve it.