Please ensure Javascript is enabled for purposes of website accessibility
Log In Help Join The Motley Fool
Free Article Join Over 1 Million Premium Members And Get More In-Depth Stock Guidance and Research
By Justin Pope – Aug 2, 2021 at 8:22AM

Each year, fewer people in the U.S. smoke cigarettes, but that hasn't stopped tobacco giant Altria Group (MO -0.62%) from continuing to bring in profits. The company reported its second-quarter 2021 earnings on July 29 and showed investors that its business remains hot. Here are three major takeaways that could mean continued success for the Marlboro maker moving forward.

1. Marlboro is alive and well

Altria has signaled that it's striving for a "smoke-free future," where consumers use reduced-risk products such as sister company Philip Morris International's IQOS product, oral nicotine pouches, and electronic cigarettes. However, the financials show that cigarettes are still paying the bills. In 2020, Altria received 88% of its total revenue from smokeable products such as cigarettes and cigars.

Reduced-risk products are strategic for Altria, but it could be a while until they begin to offset cigarette and cigar sales. This makes leading cigarette brand Marlboro very important to the company. As a premium brand, its profit margins are higher than the lower-priced discount brands the company also sells. 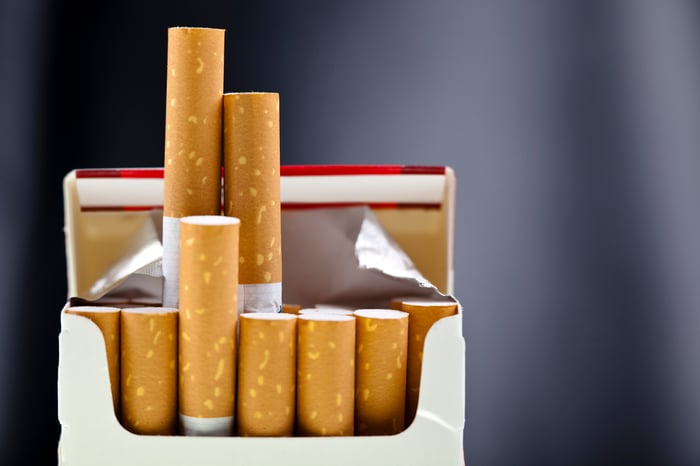 The strong outing from Altria's flagship product helped grow the company's overall revenue to $6.9 billion for Q2, an 8.9% increase over the prior year. Tobacco companies constantly raise prices because their customers are addicted, and most will continue to pay for the product. Altria's revenue growth combined with its usual price increases created strong adjusted diluted earnings per share growth for Q2 of $1.23, up 12.8% from 2020.

Altria maintains an 80% dividend payout ratio based on earnings. Hence, the company's strong earnings growth likely ensures that investors will continue to collect the big dividend yield payouts that tobacco companies like Altria are famous for.

2. Focusing on the core business

Management went on a shopping spree three years ago that saw Altria buy a 35% stake in e-cigarette company Juul for $12.8 billion in 2018; it also made a $1.8 billion investment in cannabis company Cronos Group for a 45% stake that was announced in December 2018. Both Juul and Cronos have struggled, and the value of each has fallen well below what Altria originally paid for them, drawing the anger of shareholders.

The company recently changed direction and began to focus on its core business, starting with the sale of its Ste. Michelle wine business for $1.2 billion in July. The wine business only contributed $595 million in revenue in 2020 and lost money for the company each of the past two years, so the company is shedding it for cash that it can put to better use elsewhere.

Altria also has additional ways to refocus its business, including the potential sale of its 10% stake in Anheuser-Busch InBev, currently worth $10.6 billion based on AB InBev's market cap. The stake remains under a "lock-up" that expires this fall, allowing Altria to sell if it chooses to do so. Management has not commented on what it will do yet, but the potential for a sale is to focus on its most productive businesses. COVID severely impacted Anheuser-Busch, and the company has cut its dividend, so Altria isn't getting the dividends from its stake that it once did.

If it does sell, Altria could use some or all of the proceeds to buy back its stock. The company is already doing this with the $1.2 billion from the Ste. Michelle wine sale. When a company buys back its shares, removing them from the market, it makes the remaining shares worth more. This is a way that companies return profits to shareholders.

In Altria's case, the buybacks have an additional benefit in that they lower the total amount that the company spends on dividends. It's the same financially as if the company was paying off debt with a 7% interest rate; each retired share is one less dividend payment the company owes. Over time, this actually frees up more cash per share to give to investors.

Is Altria a buy?

Altria's strong performance in Q2 could increase sentiment around the stock. The company trades at a price-to-earnings ratio of just 10.4 using the company's guided 2021 earnings per share of $4.60. This valuation appears inexpensive considering that Altria has traded at higher valuations over the past decade while earning less per share.

Altria is a defensive stock growing steadily, so it isn't likely to wow aggressive investors. However, the business has proven resilient and continues to perform despite the slow decline of cigarette smoking in the United States. Investors could look forward to continued dividends and potential upside if the market decides to reward Altria with a higher P/E ratio.